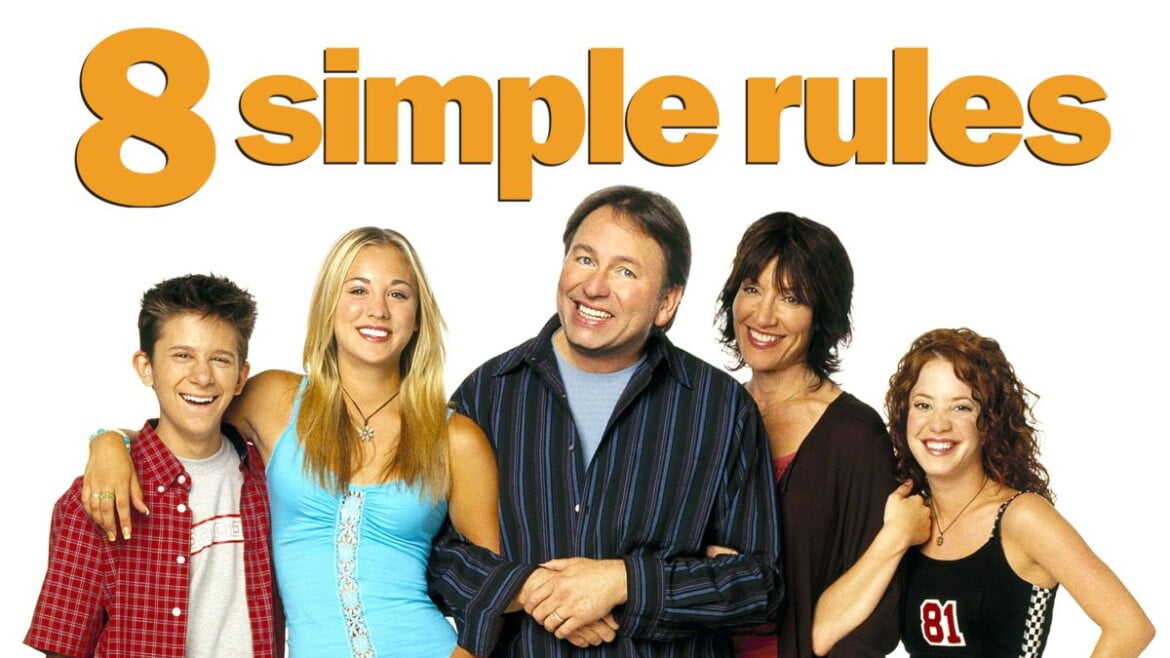 In June 2002, I was invited to my first-ever television upfront, where the networks previewed their fall shows, and it ended up being one of the most memorable days of my career.

That year, a number of hit series–including Alias, The Amazing Race, and Scrubs–were all set to premiere their second seasons, and I even sat down with Ken Jenkins and Neil Flynn that day for Scrubs. But with all due respect, the highlight of my day was meeting and speaking to the great John Ritter.

As a kid, I grew up watching Ritter on TV. Three’s Company was one of my favourite sitcoms, and he was a master at his art. He was so effortlessly funny, and he seemed like a warm, genuine actor. I also loved watching for his cameos over the years, in everything from NewsRadio to Scrubs, Ally McBeal, and Felicity.

That day in June, he sat down to talk about 8 Simple Rules… for Dating My Teenage Daughter, the series that would end up being the great comedian’s last, alongside co-stars Katey Sagal and Kaley Cuoco. I was a fan of the show’s sweet and unique sense of humour, and sitting down with Ritter to talk about the series weeks before it would premiere felt too good to be true.

Here’s some of what he had to say that day, plus a clip from the interview, as he talked about his family, and what he thought audiences wanted to see on TV after 9/11.

“When I did Three’s Company there were three networks,” Ritter said. “Now we have the red fox and the dancing frog and UPN and Lifetime and HBO. And I mean, there’s such a glut of material and 97 pilots were filmed last year for all of the networks. And only 2% of them get on the air.”

“What are the two shows we’re up against? No, you’re opposite 20 shows. It’s like, oh my God. I start thinking like that and you have to be philosophical about it.”

“No, it’s nice to get this far and we had a wonderful time making the pilot and if it gets picked up, it gets picked up, and did get picked up and we’ve got 13 on the air commitment, which means that they will pay you for 13 if they cancel you after three. [But] I would rather do the show, and then you get the back nine, and then the second season with 13, you know what I’m saying?”

Talking about Three’s Company more, Ritter revealed a bit more about how complicated the show was to even get started back in the 70s.

“Except ABC did not go for Three’s Company initially. We did a pilot and they fired the two landlords while we were filming the pilot and hired Norman Fell and Audra Lindley. And then it’s changed hands and Nicholl Ross West came in to produce and then they fired the two girls, changed the names of everybody, and hired a new writer.”

And do you know who Ritter said was his favourite actress was that he saw audition? Loni Anderson, but he said that she didn’t get the part because the producers thought she was “too beautiful”, but of the actresses Ritter saw audition, “she gave the best reading.”

The GATE is thrilled to celebrate more than 20 years of entertainment coverage.