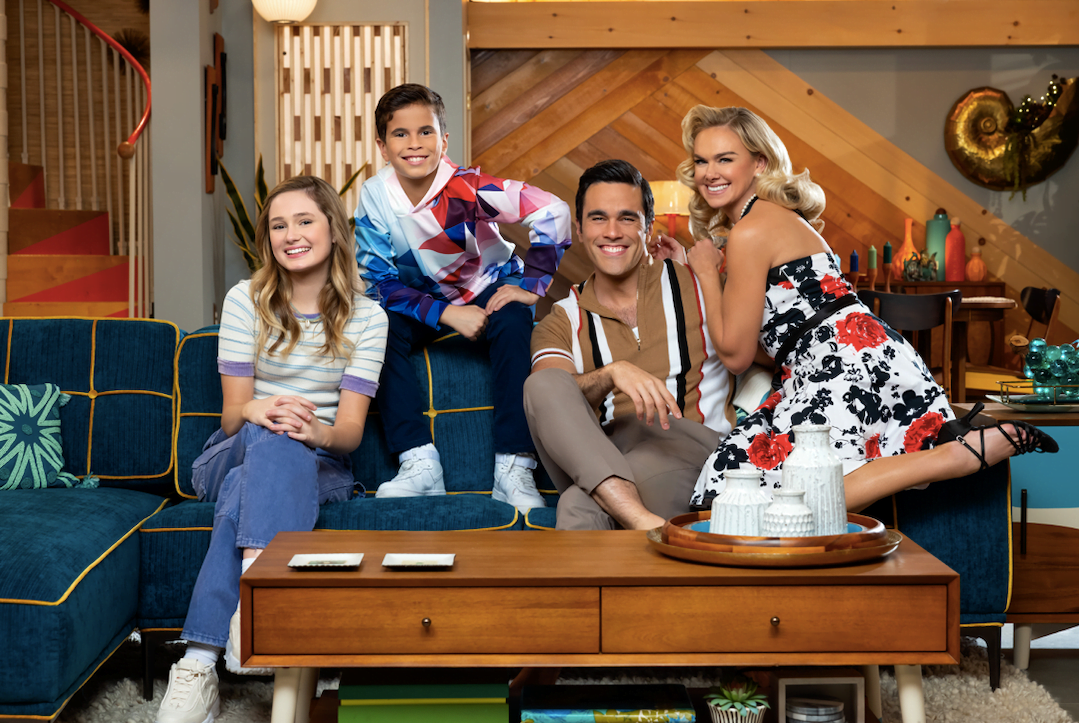 Those wild fairy godparents are back, and they’re as wild as you remember. The difference this time is that everyone else has changed as The Fairly OddParents: Fairly Odder go live-action.

Susanne Blakeslee and Daran Norris return as the voices of Wanda and Cosmo for the new Paramount+ series, and they’re joined by their new godchildren, Viv and Roy, played by Audrey Grace Marshall and Tyler Wladis.

Viv has just arrived in Dimmsdale after her father Ty, played by Ryan-James Hatanaka, married Rachel, played by Laura Bell Bundy, and that makes Roy Viv’s new step-brother. The two kids take on the fairy godparents after Timmy goes off to college, and decides to leave them to someone new.

And, of course, that’s where things get funny.

I sat down with all six stars to talk about the new series, plus the incredible Garrett Clayton as pop sensation Dustan Lumberlake, and they had a lot to share about the fun series.

Talking about the funny little town of Dimmsdale, Audrey Grace Marshall called it, “what you would expect if you’re basically a human popped into this world that’s been plucked straight out of a cartoon, literally in real life. It’s definitely very crazy.”

“Viv is very old soul,” Marshall said, “she’s very level-headed and she’s probably the smartest one in the room.”

While Wladis added, “Yeah, their bond is sweet, it’s heartwarming, and it’s also very funny. And they like butt heads, but there’s not that sibling rivalry, you know?”

Wladis also said that playing Roy is a lot of fun. “Geez, he’s crazy. And the fact that he can dunk, I think that just separates everything because he’s like the kid that everyone wants to hang out with, he’s popular, he’s got energy, and like he does all these crazy stunts throughout the show.”

The two young actors were both thrilled to join The Fairly OddParents family.

“I’ve seen a lot of episodes,” Marshall said. “I was quite a fan of it before, so I think the opportunity to be a part of this is huge franchise that went for so long, and I’m hoping that our show will have the same luck as going just as long. I hope people will love it as much as they loved the original Dimmsdale.”

Tyler added that he had watched the show before he auditioned, “but my brothers and sisters, they were like the biggest fans you could ever imagine… When I got this audition, I was like, ‘Oh, this is super cool.’ And and they were like, ‘Do it, do it, do it. You got to audition.'”

The whole series is filled with music, dancing, wild characters, and magic that goes haywire every so often. The actors chatted about the inspiration for the series, all of the dancing, and whether or not anyone recognizes Blakeslee and Norris by their voices (quick answer: not unless they’re speaking funny!).

Watch my interviews with the the cast of The Fairly OddParents: Fairly Odder below, including Audrey Grace Marshall and Tyler Wladis, voice actors Susanne Blakeslee and Daran Norris, and Laura Bell Bundy, Ryan-James Hatanaka, with Garrett Clayton.