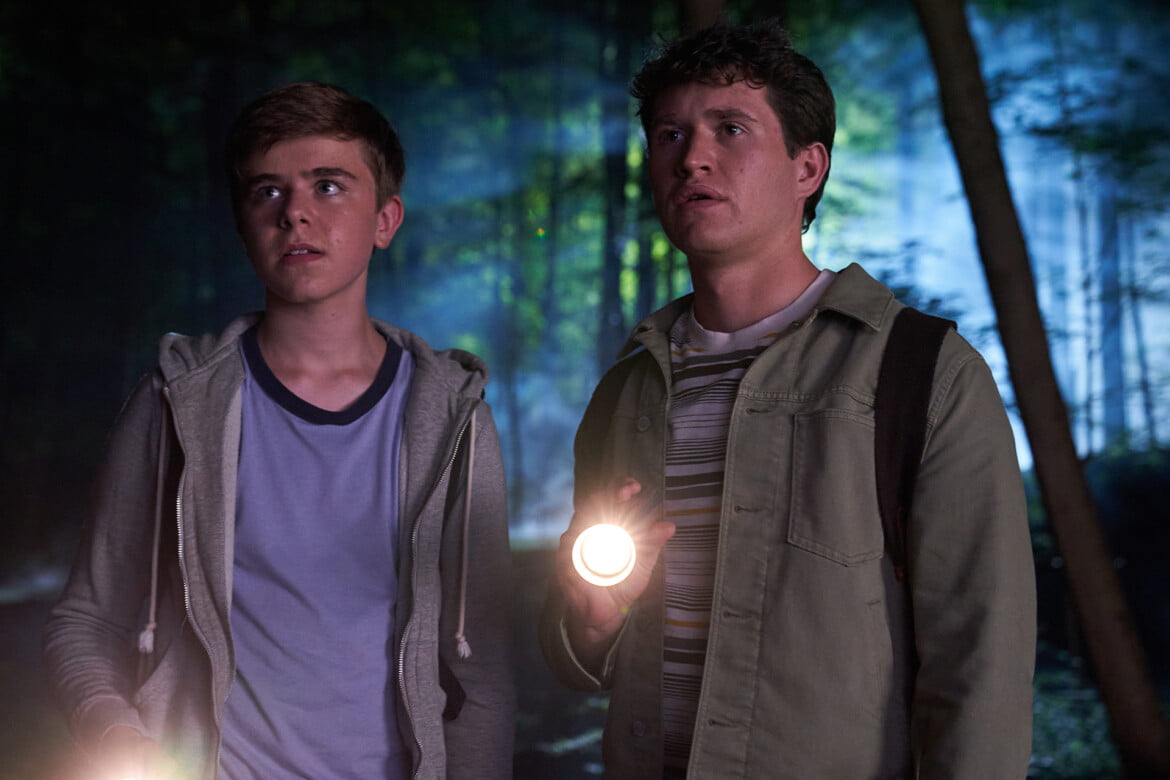 What is happening in Bridgeport? The Hardy Boys are on the case of a missing student in season 2, and that’s just the start of a lot of questions, and the hunt for a demon.

The Hardy Boys stars Rohan Campbell and Alexander Elliot, who play Frank and Joe Hardy, sat down to talk about the second season with me, getting back together with the cast, and how The Eye is affecting Frank.

And of course the brothers are joined once more by their friends Callie (Keana Lyn), “Biff” (Riley O’Donnell), Chet (Adam Swain), and newcomer Belinda (Krista Nazaire) on their latest adventures.

Both actors really enjoyed the chance to get back on set with their costars, and for Campbell, he felt like the new season may even top the first.

“When you’ve already set up the show and you have one season in the bag, you show up for season two and it’s like, it’s time to play,” he said. “You can take some swings at things, and this season is really fun and exciting. I think we did some stuff this season that maybe we were trying to figure out in season one.”

Talking about the character, Campbell also explained that Frank loves his mundane life at the start of the season, but there’s really no way for him to avoid a new mystery.

“The dynamic between Frank and Joe is amazing this season because this mystery comes up and Frank just goes, ‘I’m good. I’m happy. Get me away from this.’ And as hard as he tries to get away from it, he gets dragged through it.”

Talking about the Bridgeport Demon, when I asked Elliot about the creature, he admitted that he was pretty impressed by it.

“As a kid, you always make up stories about all these monsters that live in the woods, and it was really cool because I got to see the demon on set around some time, and it was like a giant, like six foot [tall]… it was spooky, it was so cool.”

Elliot also broke down a bit of Joe’s focus this season, and how he sees his relationship with the group.

“Joe’s priority has always been family first and family as in Frank, but also as in the rest of the gang and his friends.” While there’s a strain between them, “Joe really kind of takes his own responsibility in helping as much as he can.”

Watch the full interview with Rohan Campbell and Alexander Elliot below, plus watch our interviews with Keana Lyn and Adam Swain on YouTube.

New episodes of The Hardy Boys air on YTV Mondays at 8 PM, or stream it on STACKTV.