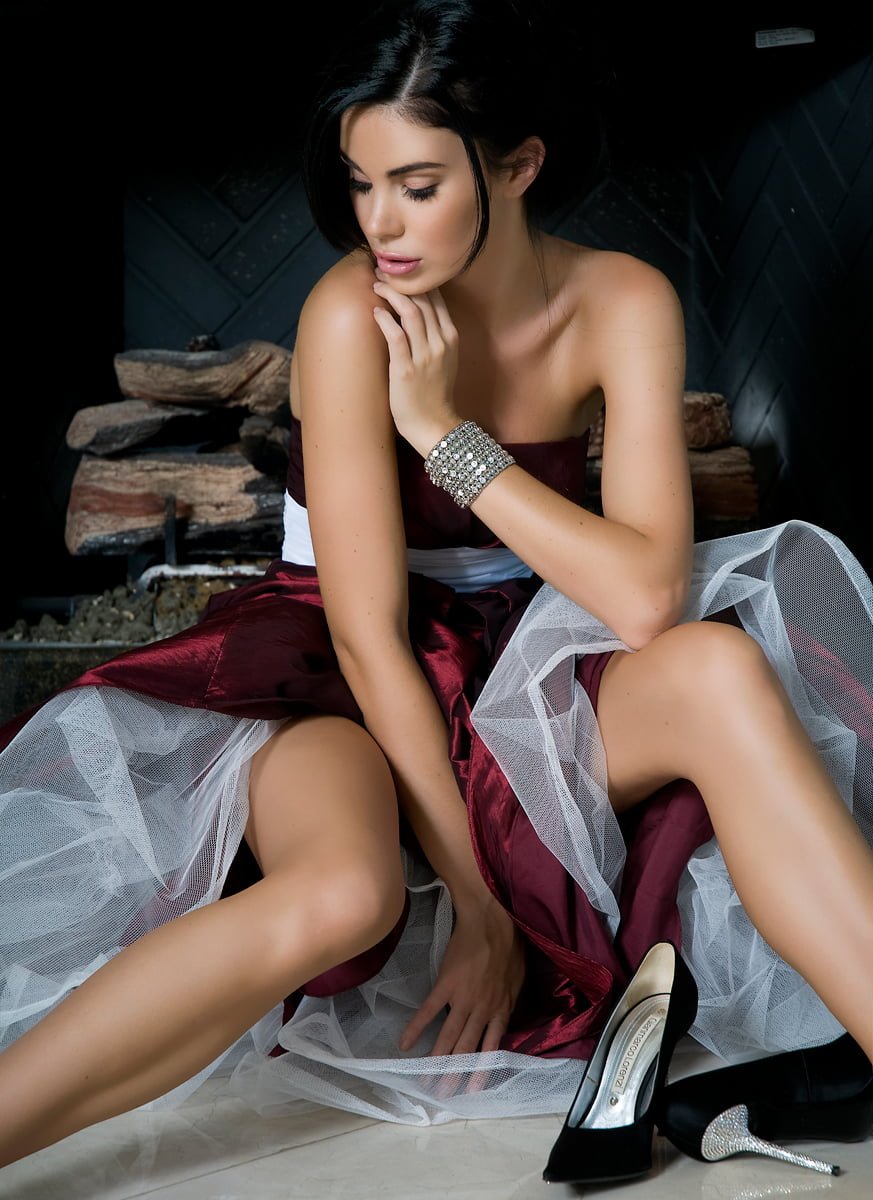 Twenty-four-year-old Canadian model and actress Jayde Nicole has come a long way in five years. Rising to fame as the Playboy Playmate of the Year in 2008, Jayde has been turning heads for Hugh Hefner’s famed magazine ever since she first appeared as the Playboy Playmate of the Month in January 2007, but that was only the first step for the beautiful brunette who would go on to greater fame thanks to her role on the Los Angeles-based series known as The Hills.

Now, less than a year after that show ended, Jayde has moved on to another reality-based series, this time with former Playboy model Holly Madison and her show Holly’s World. Joining the series for the second season, which debut’s on E! on January 23, Jayde chatted with me last week to tell me all about her adventures since she became a Playboy Playmate, and what it’s like living in Holly’s Las Vegas themed World.

» What would you say about your career over the last five years? I would say you’ve gone through quite a few changes.

“Yes, that is for sure. If I was 20 again and somebody asked me what I would be doing in four or five years, there’s no way I could have ever predicted that any of this would be happening. Going from model to [Playboy] Playmate to Playmate of the Year and reality TV and everything has been so exciting and so much fun, and a great learning experience, and a big change of course from my life back home in Port Perry in Canada, but definitely a lot of fun.”

» And what would you say has been the most exciting part to date? Obviously Playboy would be high up there, but what’s your favorite part of your career?

“You know what, the whole thing is just amazing. I think the one thing that I have a love/hate relationship with, but I absolutely am so thankful for, is the travel. I’ve gotten to go to places that I would have never imagined I would be able to travel to like Greece, and Dubai, and Australia, London, Ireland. I mean, just all over the world, travelling with my job, and I feel that is one of the best perks that comes with what I do.”

» It’s funny, because I remember talking to you back when you became a Playboy Playmate and you were saying how much you were looking forward to travelling, so it’s nice to hear that’s still your highlight.

“Growing up in a small, little town with all the snow, ever since I was a little kid, like four years old, I started a Hawaii fund where I would put all of my nickels and dimes and quarters because all I wanted to do was to be on a beach, that’s my whole, entire life. So as soon as I got this job and I began travelling I was beyond excited. Of course, now, four years into it, I’m so excited when I get to be home for a couple of days and I’m like, ‘Oh my God, I don’t want to see a plane. I don’t want to see an airport. I’m so over it,’ but I’m so very thankful for it even though I complain about it sometimes.”

» In terms of your career, I know I read somewhere that you said your last show was a lot of work and it wasn’t very realistic, but I’ve heard that Holly’s World is quite a new experience for you. Is that true?

“Yeah, it’s totally different. I walked into The Hills when it was four seasons in and all the characters were established and there were a lot of changes going on when I came into it. I had no idea what I getting myself in to; I was totally out of my element and I didn’t know what to expect and it was very, very dramatic and they really messed with your relationships and they made you fight when you weren’t fighting and create situations that weren’t happening in real life just for exciting television. And I mean it worked, and the show was very exciting and very dramatic, but it really messes with your real life and relationships with people, and it became a very emotional, dramatic experience.”

“Filming for Holly’s World, I kind of knew what I was getting myself in to at this point, so I’m a little bit better equipped to handle the filming of reality TV, but it’s also just a lot more fun. I get to have a lot of my girlfriends around me, and a lot of my real friends, and real relationships, and just get to have fun and live my life, and it’s just a lot more enjoyable.”

» So, how much have you filmed for Holly’s World?

“We have been filming now for about a month and a half, and it’s over here in Vegas, and who does not love Las Vegas? There’s so much cool, fun stuff going on here.”

» With the spotlight on you once more, and going into this new show, what would you say is the hardest part of being a celebrity?

“I’m still not used to people calling me a celebrity. I still go to the mall and stores with no makeup and in my pajamas and I do not prepare myself for it and I still am completely in shock and awe when people come up and meet me and ask me for pictures.”

“It’s not really hard. I mean it’s definitely an adjustment in your mindset of how you see yourself and how your friends see you and it just kind of takes some getting used to. Maybe for me one thing that I need to get better with is not looking so much like a bum when I go out because there are paparazzi everywhere and there are people who always want to have their picture taken with you and I just hate getting ready. That’s just the worst part–people seeing you off guard when you look your absolute worst, which I always do when I’m not working because I hate getting ready. That part is the only thing that irritates me, but I still rock the no makeup and the pony tail when I go out. I haven’t changed yet but I’m sticking to it.”

“It’s so funny, I always say that I don’t think people will recognize me when my hair is in a bun, with no makeup and just a sweatshirt and track pants on, but I feel like when I’m dressed like that for some reason I get recognized the most and it’s the worst. Then I’m like, ‘Can you just take the picture from far away so you can’t see how gross I look? Thank-you.’ [Laughs] It’s so crazy.”

» What can fans expect from you in Holly’s World?

“You know what, I just saw the preview for what’s up this season on Holly’s World yesterday for the first time, and it totally caught me off guard. From a complete outsiders view it looks awesome.”

“The first season of Holly’s World, which was last season, was awesome–I loved it. I know Holly and I really liked the show, but this season has just stepped it up so big and there’s a couple of new characters and there’s just so much more drama and intimate detail about all of the character’s lives, and there’s so much going on this season that people have to tune in and watch every single episode because it’s going to be amazing. And I’m personally psyched to watch it, and I normally don’t watch anything I’m on, but I’m really excited to watch Holly’s World.”

» My last question is whether you have any comment on Hef’s engagement?

“You know, it’s hard for me because I adore Holly and I love Holly and I came into the Playboy Mansion right when Hef and Holly were in the middle of their relationship and they were so happy. Even though it has been a while it’s still kind of hard for me and a lot of the other Playmates to see him engaged to someone who is not Holly, but I know he’s in love and Crystal is a sweet girl and they’re very happy together, so I’m very happy for them.”