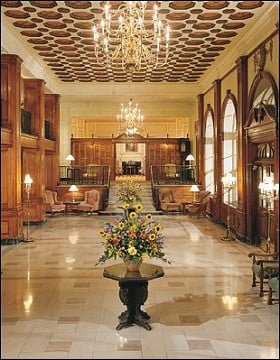 Halifax, Nova Scotia is a rare example of a historic city that hasn’t lost touch with it’s history, or what it can offer the modern traveler. And while there’s no shortage of chain hotels where you can stay within the city core, there’s also thankfully a couple of unique hotels as well. Out of all of them, if you’re looking for something special, the one that really stands out though is the Lord Nelson Hotel.

Located at 1515 South Park Street, along the bustling and shop-lined Spring Garden Road and just across the street from the Victorian-style Public Gardens, the Lord Nelson offers 260 guest rooms and suites that range from simple and accommodating to spacious and eye-catching. First opened in October of 1928, the hotel has played host to a number of celebrities and high-rollers (as rumour has it, Fidel Castro is among the dignitaries who have stayed there), but since those days the hotel has added just about every amenity you could want, including wireless high-speed internet access.

Those updates to the hotel’s function have thankfully done nothing to ruin the hotel’s form. From the minute you walk into the lobby there’s no missing the grandfather clock, the antique furniture, the wood paneled walls, or most spectacularly, the beautiful ceiling which recreates architecture within Canada’s Parliament Buildings.

Likewise, once you step into your guest rooms, you’ll find everything you might need in a comfortable setting. The beds are large and cozy, the TV has far more cable stations than I’ve seen at other hotels, and many of the rooms also feature a kitchenette with a microwave, sink and fridge. In addition, it’s nice to see a hotel room that doesn’t look “standard”. From the traditional rooms all the way up to the suites, the Lord Nelson isn’t like a lot of other hotels – it feels like it was built for any traveler and their specific needs. 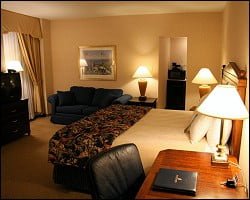 Helping to further ensure I had everything I needed, there was also no way to ignore just how great the staff were. In the few days I stayed at the hotel I was utterly impressed with everyone from the doormen to the cleaning staff who wanted to make sure everything was to my liking.

In addition to everything else, including the utterly cozy Victory Arms Pub adjacent to the lobby, the Lord Nelson Hotel & Suites still has more to offer; it also features over 11,000 square feet of meeting and conference space for those looking to host an event. From the charming, rustic rooms with the hotel’s signature architecture, to brand new spaces that are as modern as it gets, there’s space for nearly any event.

Finally though, what really impressed me at the Lord Nelson was seeing the expanded suites that have just become available. While the entire hotel is comfortable the new suites are ultra-luxurious, and are much bigger than the standard sized rooms. These new suites feature the latest in stylish furniture and designs, and are easily one of the nicest rooms I’ve seen in a hotel east of Quebec City. There are only a few of these rooms available, but if you’re booking at the Lord Nelson it would be worth seeing if you can get one of these fantastic new suites.

Overall, a great experience in Halifax, and among the cookie cutter, concrete jungle of hotel spaces, the Lord Nelson is entirely refreshing. If you’re headed out east, it’s the obvious choice in historic Halifax since it offers so much history itself.

Best of all? For those travelers with pets the Lord Nelson is also pet friendly. 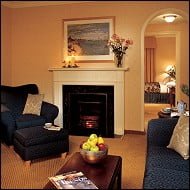 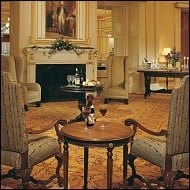 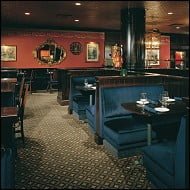