Guardians of the Galaxy: Cosmic Rewind is Disney’s best ride ever 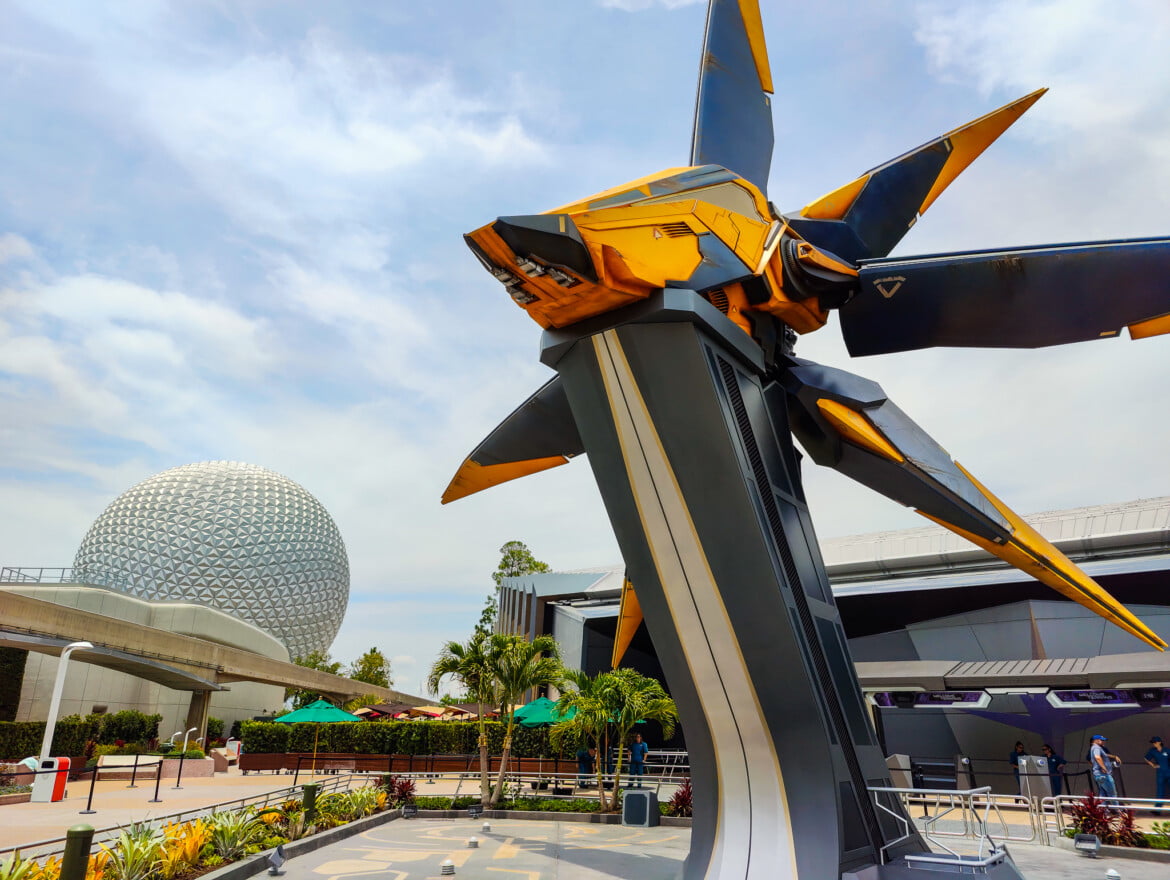 Guardians of the Galaxy: Cosmic Rewind brings new thrills to Walt Disney World’s EPCOT, and it’s by far the best ride that I’ve ever been on.

Cosmic Rewind launches on May 27 with a virtual queue and individual Lightning Lane, and fans of roller coasters and action-packed ride experiences are going to love every minutes. Especially Marvel fans who can’t get enough Guardians of the Galaxy.

Located near Mission: SPACE, Cosmic Rewind features a full-sized Starblaster Nova Corps ship outside the attraction, and that alone is worth stopping for a photo, but then you step inside and it’s a whole Marvel experience. You’ll also get treated to all of the Guardian cast members, including Rocket, Groot, Gamora, Star-Lord, and Groot.

Here’s more on the experience, some of the biggest highlights, and what you can find at the Treasures of Xandar.

Step inside the doors to Cosmic Rewind and you’ll find yourself in The Galaxarium, a circular space where the Worldmind, the Xandarian supercomputer, introduces you to space and Xandar’s spaceships, and wonders of the galaxy. It feels like a planetarium while you wind through the queue and the otherworldly experience.

At the top of the Galaxarium, you step into the Xandar Gallery, where the queue winds through highlights of Xandar’s technology, ships, and a map of one of their cities. Along the way you’ll also catch some of the Guardians being interviewed for their heroism, and there’s also a scale model of a Starblaster, not to mention the Milano.

And then get ready to beam into space in the Phase Chamber, where Nova Prime Irani Rael (the phenomenal Glenn Close) and the very funny Centurion Tal Marik (Terry Crews!), prepare you for the journey into space aboard the Nova Corps Starcharter cruiser.

The ride through space

It’s all fun and games until a Celestial steals the Cosmic Generator. Sure, visitors are supposed to get an introduction to Xandarian technology, but the humungous Eson messes that up, and Rocket solves the problem by sending all the EPCOT Terrans after the stolen tech.

So after getting transported into space, you’ll find yourself heading to the escape pods to follow Eson through time and space portals, while the Guardians of the Galaxy “cheer” you on from the sidelines.

Honestly, they don’t have a lot of confidence in the mission, but they can’t make it there to save the day themselves.

The Xandarian Starjumper, also known as Disney’s Omnicoaster, is so smooth and fast, twisting you around, up, and down through the dark of space. The experience is more intense than other Disney rides, but it’s also totally fun, and for those wondering, it doesn’t twist upside down.

Each Starjumper seats 4 people, and you’ll load into the coaster in pairs, and then experience the jaw-droppingly awesome ride. The closest comparison to any other ride would be Space Mountain, except the ride vehicles on Cosmic Rewind are totally next generation. It’s a whole new type of ride that feels like you’re blasting through outer space, while still being totally smooth.

And on top of that, in true Guardians style, the ride is set to some of the best rock and pop music of the 70s and 80s. Riders will either hear “September”, “Disco Inferno”, “Conga”, “Everybody Wants to Rule the World”, “I Ran”, or “One Way or Another”. (On my ride I got “One Way or Another” which was awesome, but knowing what I know now, I can’t wait to ride again and hopefully get “Everybody Wants to Rule the World” or “I Ran”.)

Given half a chance, I would have loved to ride Cosmic Rewind a few times that day, and it’s going to be a ride people will look forward to riding again and again. The characters feel ripped right out of the Marvel universe, and the experience is the best ride Walt Disney World has ever had, not to mention any ride at any park in Florida.

Guardians of the Galaxy: Cosmic Rewind is the “longest fully enclosed coaster in any Disney theme park and one of the longest enclosed coasters in the world” and features more than 200,000 square feet.

Disney Imagineers also went on the set of Guardians of the Galaxy Vol. 3, so it sounds like you can expect an update on some of the ride’s visuals after the film is released.

Last but not least, I didn’t get to see the new store while I was there, but you’ll find Treasures of Xandar at the end of Cosmic Rewind, and it has some awesome new Guardians of the Galaxy merchandise. One collection is inspired by vintage concert merchandise, an Honorary Guardians Collection in blue and gold, and the Groot Through the Years Collection.

And apparently the shop is run by The Broker, the character from the first Guardians of the Galaxy film who doesn’t want to deal with Peter’s questions about the Infinity Stone.

Here’s a look at my whole ride experience. You’ll see all of the big highlights from the ride, including the reverse launch, and some of my favourite parts. Feel free to leave me comments or questions here or on the video and I’ll get back to you.