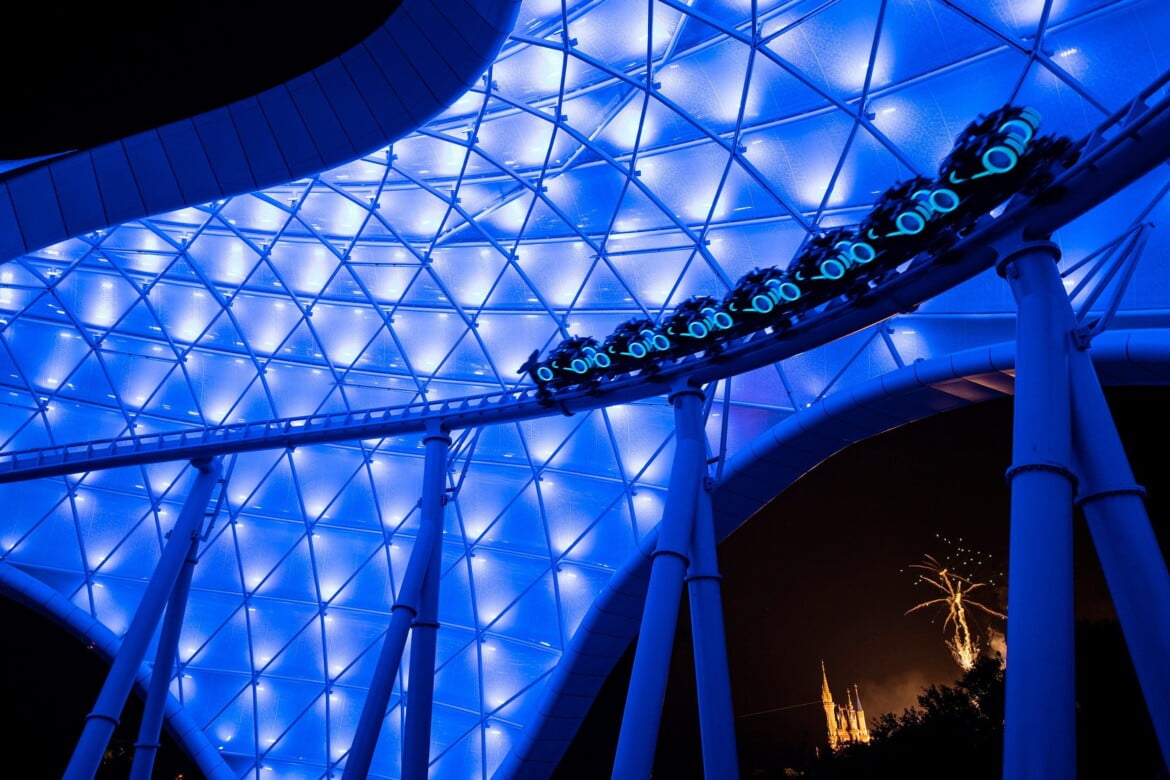 Tron fans can celebrate the iconic film’s 40th anniversary with the first chance to explore Walt Disney World’s Tron Lightcycle / Run and the Grid at Magic Kingdom starting on April 4, 2023.

“Users,” as they’re called in the world of Tron, will join Team Blue and enjoy one of the fastest coasters at any Disney park, according to Chris Beatty, Portfolio Creative Executive, Walt Disney Imagineering.

“When this attraction is complete, you’ll climb aboard your very own Lightcycle and launch into the Grid for a race through a dark, computerized world,” he said. “I know you’re going to love it.”

Tron Lightcycle / Run follows the events of Tron: Legacy, with Sam Flynn “opening new gateways into this digital realm at specific locations around the world. The first portal he created is at Shanghai Disneyland with the original Tron Lightcycle Power Run, and now Magic Kingdom guests will get their turn through this second gateway.”

Details from the movies will come to life as you enter the ride, making it feel like you’re being digitized and entering the Grid for a very special race on a Lightcycle.

“You’ll all join Team Blue… for a high-speed launch into a competition against Team Orange. As you swoop and swerve your way around the course, your goal is to be the first to race through eight Energy Gates and secure your victory.”

Disney Parks teased the launch of Tron Lightcycle / Run with a video on social media. And if you want to get ready for the ride, Tron and Tron: Legacy are streaming now on Disney+.

Here’s the full description of the ride from the Walt Disney World website:

“Climb aboard your very own Lightcycle and take off on a high-speed adventure, racing against the Grid’s most menacing Programs. Surge past your fierce opponents as you attempt to cross through 8 Energy Gates and secure your team’s victory–so you can survive to race another day.”

“In 1982, Disney made filmmaking history with TRON, the first production of its kind to mix live action with computer-generated visuals and backlit animation. This iconic film went on to inspire video games, comic books, an animated series and the 2010 sequel TRON: Legacy–as well as this new Disney theme park attraction.”