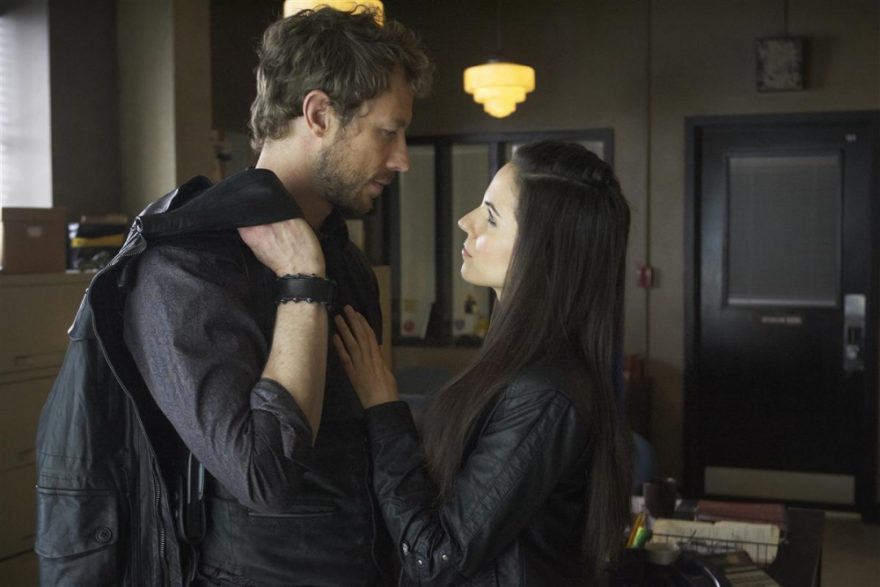 Vampires may be a hot topic, but I think I’ve found a hotter one: how about a woman who is actually a modern day Succubus, living off of the sexual energy of humans? She’s a woman who was raised as a human, but inadvertently finds out she is not like everyone else.

That’s the premise behind Showcase’s new series, Lost Girl, which follows Bo, played by Anna Silk, as she tries to learn more about her kind, known as the Fae.

Born out of legends and folklore, the Fae take on all shapes and sizes, and they all feed on humans one way or another. For Bo, she only found out what she could do when she inadvertently killed her first boyfriend when they got a little intimate for the first time.

Since then, Bo has been looking for answers while she works with both humans and Fae to uncover secrets about her kind. Joining her is her human sidekick, Kenzi, played by Ksenia Solo, and police detective Dyson, played by Kris Holden-Ried, who also happens to be a Fae.

During this year’s Fan Expo in Toronto I had a chance to chat with Anna and Kris, and find out what they could tell us about the show.

Catch Lost Girl every Sunday at 9:00 PM (ET/PT) on Showcase.