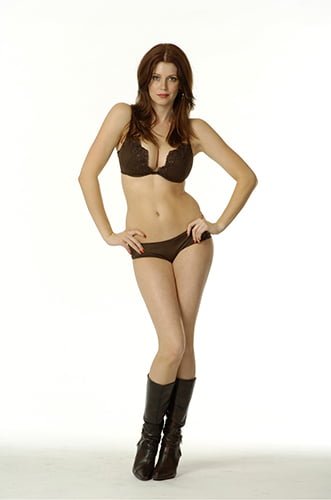 Today is officially the first day of the 2007 Toronto International Film Festival, although I feel like I’ve been preparing for the fest to start for six months now.

With pass in hand though I kicked off the festival this afternoon by heading to the Young People Fucking screening (to prepare for interviews tomorrow). Martin Gero directed the film, and co-wrote the script with Aaron Abrams, who also plays Matt. Together they’ve crafted a funny and smart film about all the issues surrounding sex and relationships. From the quasi-threesome to the friends who decide to have some fun together, all the characters are memorable and well played.

I don’t think there was a single cast member that I didn’t enjoy, but I have to admit that personal favorites include Carly Pope as Kris, Callum Blue as Ken, Kristin Booth as Abby, and Josh Dean as Andrew. Although Diora Baird has a cool, and kinda sly role as Jamie.

I’ll have a full review soon, and interviews with some of the cast. I’m also trying to decide if I’m going to the party tonight, so I may have photos from there as well.

My other plans for the day include heading over to the gala red carpet for Fugitive Pieces, which starts in a couple of hours, and then dropping by the kick-off party for a few photos as well. 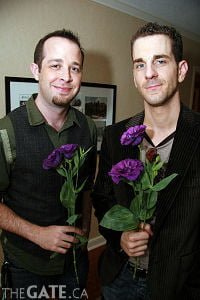 Ooh, I hope you’ll have an interview with Carly Pope… or at least some pictures!

I’ve requested an interview with Carly, but I’m not sure yet. We’ll see tomorrow afternoon!

Good news, I got an interview. There’s an audio clip now over on the front page, and I’ll have more on her and the rest of the cast online soon.