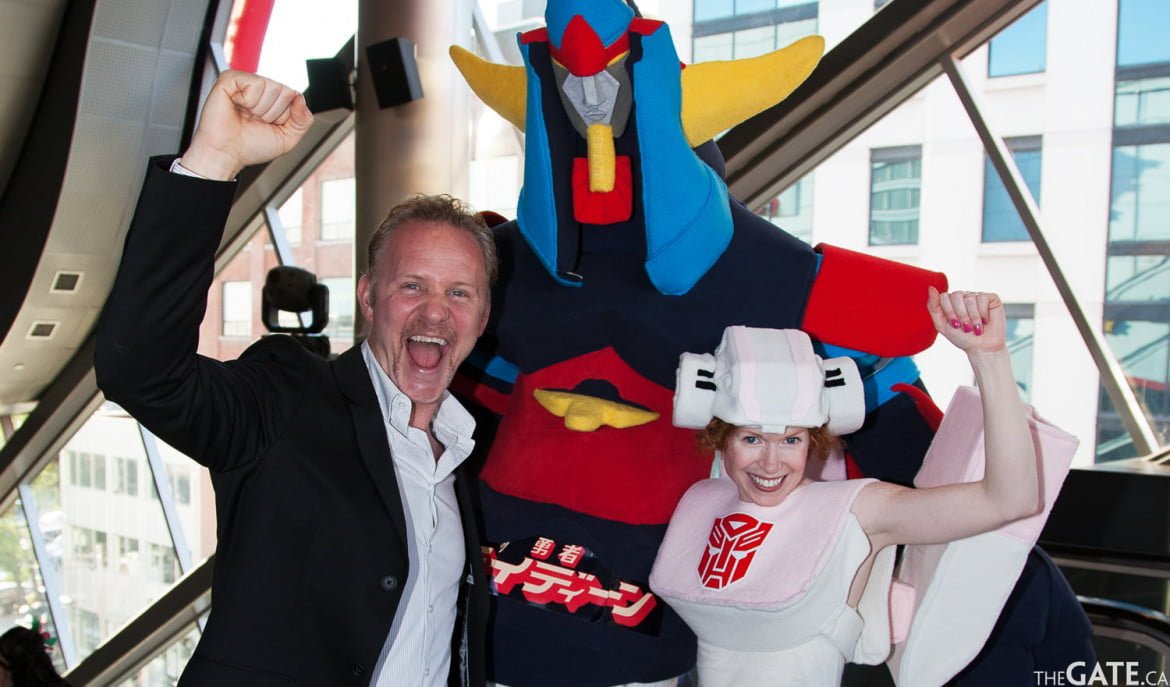 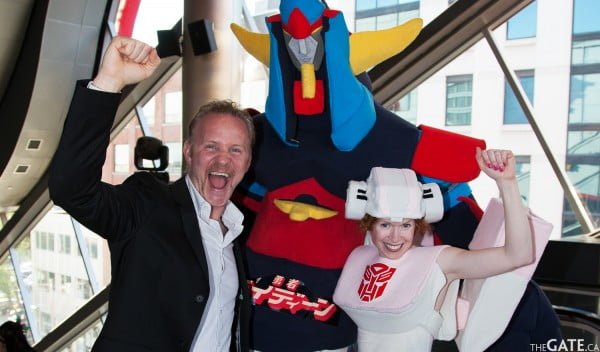 Saturday, September 10, was one of the better days for me at this year’s Toronto International Film Festival, and that’s really the way it usually goes because, for whatever reason, things tend to be front-loaded at TIFF. The first three or maybe even four days pack in more activity than most of the other days combined. While that means I often had to choose between a number of stars in different places, thanks to a decently organized schedule I ended up doing interviews, red carpets, and the chance to be in the presence of the great Stan Lee.

First thing in the morning I had an interview with Sons of Anarchy star Kim Coates, who was in town promoting the show, which debuts in Canada for the first time this fall. He was also here promoting his role in the hockey film, Goon, alongside stars Jay Baruchel, Seann William Scott and Liev Schreiber.

Kim was just a fantastic guy to speak with, and one of those actors who just exudes calm, cool charisma and honesty. He spoke about why the show is such a hit, the show’s great writing, and how much he enjoys doing a series that involves riding a motorcycle. Once he’s done here at TIFF, he heads back to continue work on the fourth season of the series.

(That interview was also marked by a strange moment when Prime Minister Stephen Harper walked behind me during the interview, something that drew a few stares.)

Unfortunately, the one thing I missed next was the Breakaway press conference, since I was hoping to attend to hear what Rob Lowe had to say about the Canadian film, but I did make it extra early to line up for the Pearl Jam Twenty red carpet, which was a bit of a fiasco.

There was a small group of photographers waiting for the band to show up, and the band arrived decently on-schedule, but as might be expected of the band, they had no interest in posing for photos on the small red carpet in front of the Princess of Wales theatre. They didn’t stop to meet with fans though either. Director Cameron Crowe showed up a bit later at least, and he did stand for photos, and Chris Cornell also came and stopped to say hi to fans, but otherwise it was kind of a waste of time. I went inside for photos of the stage introductions, but the space is so awkward to photograph–and dark–I don’t think I got much worth showing off.

After that ended, I had some time to work on photos before I went to the Ritz hotel for the Drive roundtable interviews with Nicolas Winding Refn, Ryan Gosling, Bryan Cranston and Albert Brooks. All four guys were fantastic to chat with, and offered up some wonderful observations about making the film, and how they re-developed the story with Nicolas.

While I was blown away by all four men, and especially meeting and interviewing Albert (!!) and Ryan, I have to admit that my favourite part of the roundtables was probably the chat with Bryan, who had so much to say about the filmmaking process and crafting his character with the director.

The film has a powerful cast, and I was only really disappointed that I couldn’t get to talk to Carey Mulligan and the brilliant Ron Perlman, but I got some great insight otherwise and it made me want to go out and see the film again, just to catch it in a brand new light.

Next up was the Dangerous Method red carpet with director David Cronenberg and the film’s stars Keira Knightley and Viggo Mortensen (actor Michael Fassbender was unfortunately unable to attend), which proved to be a good photo op, especially since Knightley showed up in a stunning dress that was perfect for the red carpet.

Which reminds me of a discussion we had on the carpet at this point. We couldn’t help but wonder why so many actresses showed up on the red carpets in black dresses. A “little black dress” can be a great thing, but I have to admit that they generally look pretty dull in red carpet photos. Black is a classy colour for a dress, and women look fantastic in them (Angelina Jolie looked stunning on the Moneyball red carpet), but there is still something much more interesting about seeing a star in a dress that knocks you off your feet with both colour and cut.

Last, but not least of all, was Morgan Spurlock’s arrival for the screening of his documentary, Comic-Con: Episode IV – A Fan’s Hope. I had heard a bit about what was going to happen at the debut on Twitter earlier in the week, and I knew I had to show up to get some photos.

Spurlock showed up with around 30 fans dressed as superheroes and Star Wars characters, who were all lined up along the steps going up to the Scotiabank theatre, and all along the path to the cinema. On top of that, they arranged for Stan Lee and Harry Knowles (from Ain’t It Cool News) to appear at the debut as well.

Spurlock didn’t walk in like a huge star either. He didn’t act pompous in any way, in fact. He just showed up and was genuinely blown away by all the fans, their costumes, and then he posed for pictures with the characters, and with Stan and Harry.

For me, it was my second happy opportunity to meet Stan Lee, and it was a great chance to just soak up the launch of an indie film, which is a nice change from many of the other larger films I’ve been covering at this year’s festival. 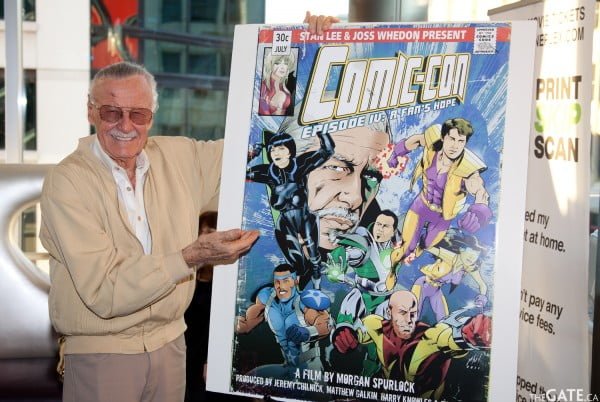