‘Earth HD’ NASA video, a glimpse from above on our little blue planet 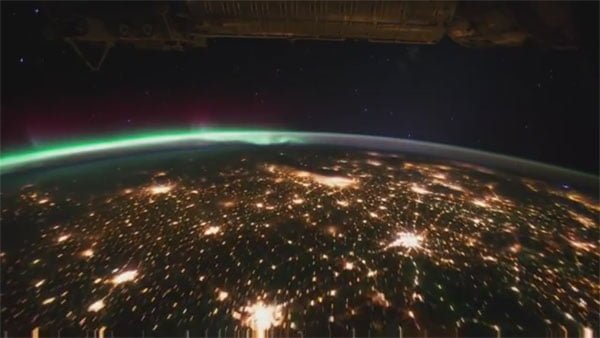 In this remarkable time lapse video that was shot in several sequences from the International Space Station, take a look down on the Earth in a rare glimpse of this remarkable planet, and the constant light show that plays out over the surface of our world.

Photographs in the video were taken with a sensitive low-light 4K-camera by crew on board the International Space Station between August and October, 2011.

Peering down through storms, the Aurora Borealis, and almost every corner of the globe, credit for the visual imagery captured fully goes to the Image Science and Analysis Laboratory, NASA-Johnson Space Center, and the official website at eol.jsc.nasa.gov, but credit for stitching the video together and cleaning it up a bit goes to YouTuber xRobG.