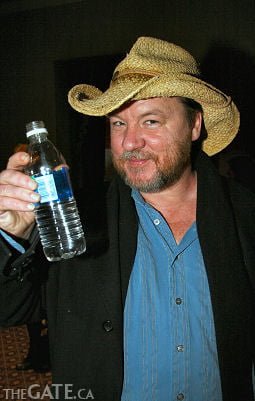 Okay, what is wrong with me?

Tonight was the launch of Canada’s Top Ten 2007 in Toronto and for the first time I actually made it out to the event. It was a fairly large reception at 1 King West, with a number of filmmakers and stars in attendence, plus industry folks, press, and I don’t even know who else.

Fairly low-key event, really, but I really enjoyed it – especially since I got to chat with a few of my favorite people. In particular I’m talking about the gang from Young People Fucking, and director Bruce McDonald who was there for his film The Tracey Fragments.

I have to admit that I expected both of them to be there, but it was still great to see them being recognized for their films (which you may recall were both at the Toronto Film Fest back in September).

Anyway, what I can’t get over is how tongue-tied I still get around people like Bruce. He was totally down-to-Earth, but I still stumbled over half the interview and managed to goof up a great question. Apparently when it comes to people I admire, I still fumble a bit, but I think I got some great answers all the same.

Also had a great chat with Martin Gero, Aaron Abrams and the wonderful Kristin Booth from YPF, and apparently they’re hoping the film will be in theatres after February.

I’ll have an article on the event soon, and photos and audio, but for now enjoy the first couple of pix. 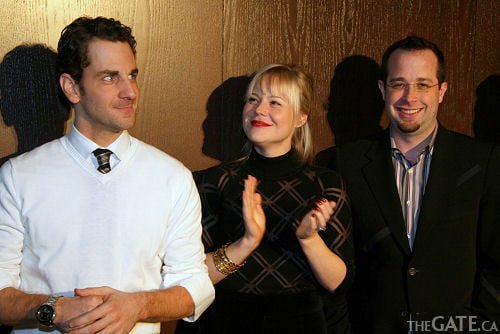