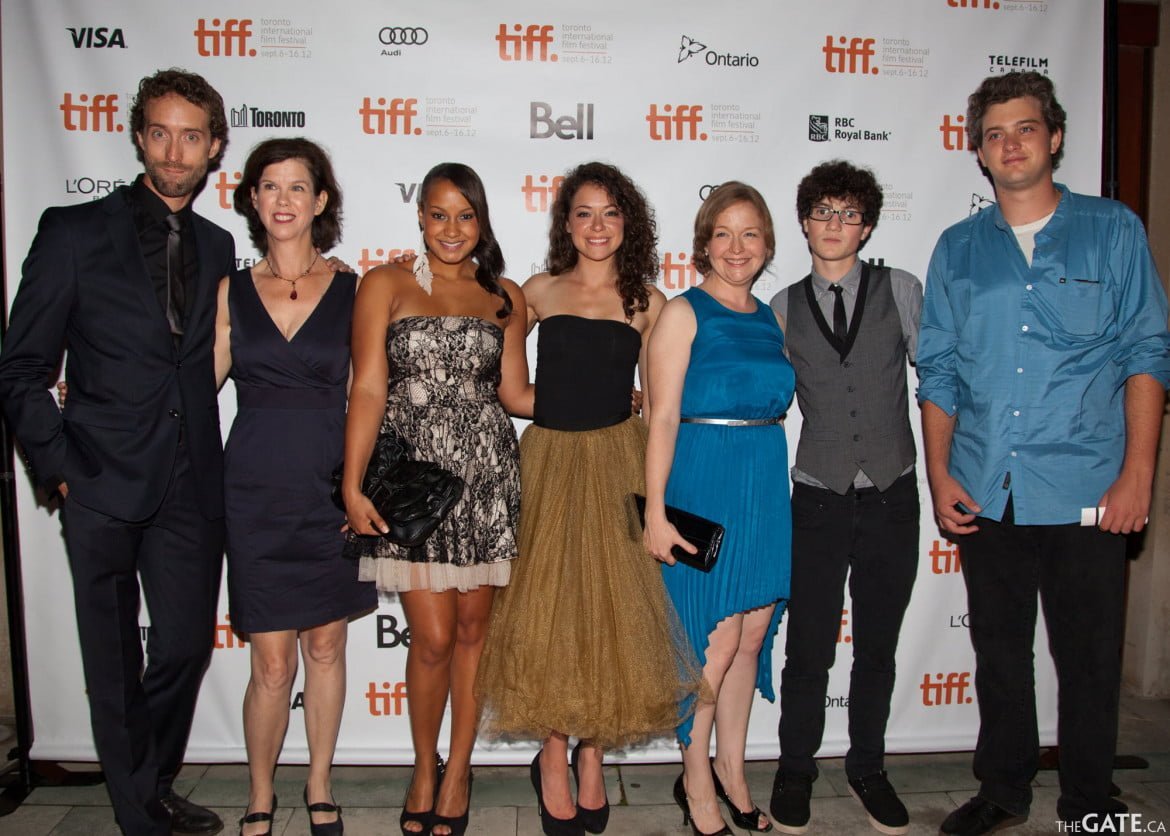 The cast of Picture Day

Hello, movie lovers, and welcome to day two of the Toronto International Film Festival. I hope all of you have been enjoying the festival as we head into the first weekend of TIFF, which also happens to be the busiest time during the festival. There were a lot of great films screening yesterday, on Friday, including Martin McDonagh‘s Seven Psychopaths, but I’ll get to that in a minute.

My day started with the screening for writer and director Pablo Berger‘s Blancanieves, an intriguing silent film that retells the Snow White story, but set in Spain in the 1920s. Carmen, the young daughter of the country’s most famous bullfighter, is our star who finds herself cast away from her father after her mother dies giving birth. It’s a strong, funny, and moving film that captures the essence of Snow White, while delving into fresh territory with the Brothers Grimm tale.

After that, I had an incredible interview with Colin Farrell and director Martin McDonagh for Seven Psychopaths, which unspooled for Midnight Madness at the Ryerson Theatre. The interview was part of a small roundtable session, where I was able to cajole the other press to give me the first question since Farrell mentioned during the Fright Night interview last year that I had with him, that the script for this film was “mental stuff, but good.”

Since these two guys obviously have a lot of respect for each other, it was one of the better interviews I’ve had this year at TIFF so far, and since it was a 25-minute session, there were lots of great comments from both men.

Leaving there, I went back to the Scotiabank Theatre for the press screening of Berberian Sound Studio, a strange–even surprising–psychological drama about a shy sound engineer who unravels as he works on a horror film for a production that seems to be falling apart.

The film was certainly interesting, but I will admit that the script wandered off a bit in the end. Toby Jones provides a chilling performance in the film though, there’s no doubt about that.

From there, I went to the Isabel Bader Theatre for the Picture Day red carpet with Tatiana Maslany and the other stars and the director of the film. I had been hoping to screen the film before the red carpet, but I never got the chance, so I didn’t really feel prepared to do interviews, so I ended up just snapping photos.

Last of all, I headed to the Ryerson Theatre for the Seven Psychopaths red carpet, which was a lot of fun to shoot since the cast seemed to be in fairly good spirits. There’s never enough time for these things, but they did take a little time to sign for fans and then they huddled up for a group photo before heading into the screening.

Not a bad day at TIFF, all told. Lots more photos and videos coming this weekend!