TIFF ’12: Day three with ‘Much Ado About Nothing’ and ‘Silver Lingings Playbook’ 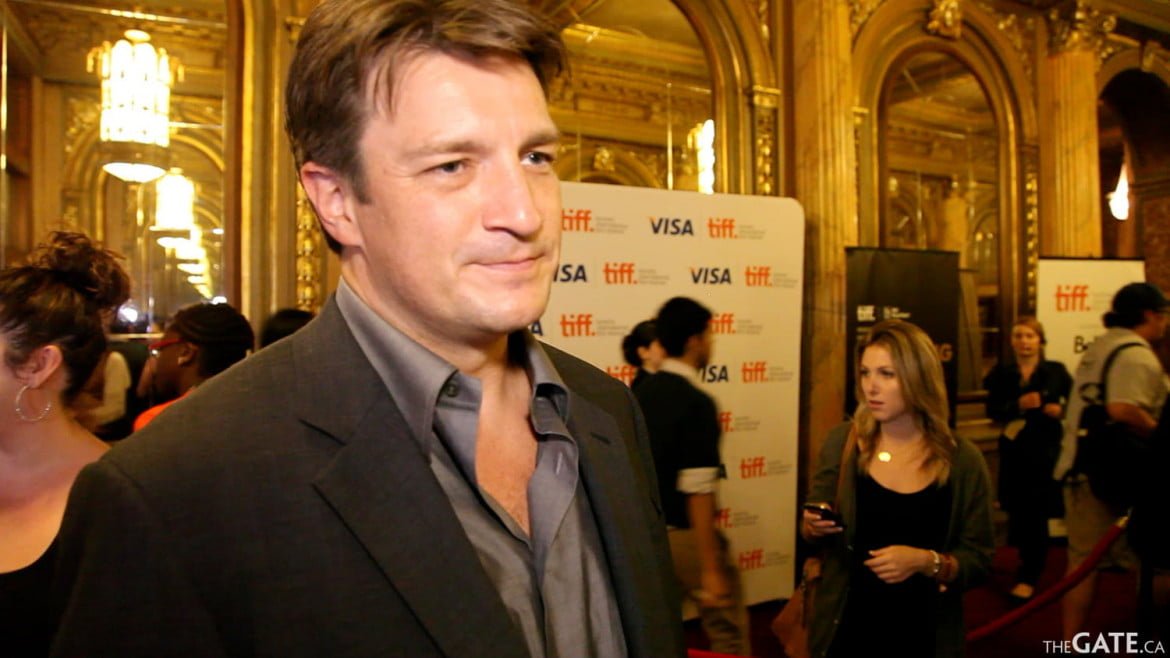 Since Thursday, I’ve been running around the Toronto International Film Festival, nabbing interviews, red carpets photos, and screening films, and with everything going on, it feels like it’s been my biggest year ever at the festival. That’s saying something since we’re only through the first weekend, but it’s been phenomenal.

Yesterday was not all sunshine and kittens though, but it was pretty amazing, even when one snag dragged the day down a bit. You win some, and then you lose some, I guess.

First up for day three of TIFF 12 was the Dead Europe screening, which was for an interview later in the day. The film is the work of director Tony Krawit and stars Ewen Leslie as Isaac, a man looking for answers after his father dies in a car crash, leaving questions behind about his life in the old country which the son wants answered. With hints about some terrible curse on the family from a past horror involving a boy, Isaac hunts for elusive answers as he begins to see one young man everywhere he goes.

Dead Europe is intense, but it’s also a postcard travel log that casts a wandering eye with beautiful cinematography and a haunting story. The film works on a number of levels, thanks to the direction, cast, and the screenplay, but it lives in a very dark place, when you get down to the core of it.

Next up, I went to the Elgin Theatre for the Much Ado About Nothing red carpet, featuring the entire cast, director Joss Whedon, and the film’s producer, and Whedon’s wife, Kai Cole.

Over the hour of the red carpet, I spoke to Nathan Fillion, Amy Acker, Sean Maher, and Cole, but I missed out on two people that I was dying to interview: Clark Gregg and Whedon himself. Somehow, the timing just never worked out, and Whedon ended up being called to the green room before I had finished speaking to Maher.

That said, I feel very lucky for getting the chance to speak to this cast, and asking them about what makes Whedon so admired and respected among actors. The answers varies, but the general consensus seemed to be that it was his passion and his desire to help actors get the most of their roles.

My next stop was an interview with Leslie and Krawit for Dead Europe, which turned into an interesting discussion on the surprising simplicity of the story, and the underlying concept that fits into Europe so well. The two gentlemen were incredibly easy to chat with, and the interview flew by way too quickly, but should make for an interesting video once I render it.

After a quick walk from the hotel for that interview, I ended up at Roy Thomson Hall for the Silver Linings Playbook red carpet with Bradley Cooper, Jennifer Lawrence, and Robert De Niro, to name a few. It was one of the easiest red carpets I have shot in ages, and the stars were very good with their time, giving us photographers a chance to get quite a few shots.

Right across the street from Roy Thomson, I headed to the Ritz-Carlton Hotel for Hello! magazine’s TIFF party celebrating Canadian talent. There was a long lineup of stars waiting for interviews when I eventually had to leave, but I got to interview the Property Brothers (Jonathan and Drew Scott), Fefe Dobson, stars of Flashpoint and Rookie Blue, the editor of Hello! Canada, Hilary Farr from Love It or List It (I kind of adore this woman–I can’t lie), Edward Burns, and my favorites of the night, Royal Wood and Sarah Slean, who I unabashedly told that I was their biggest fan. Not very professional, maybe, but I had to say it.

Most of those videos will be online as soon as I can process them, but overall they are quick highlights with each star. (A few didn’t quite work out all that well, so I may end up having to write those ones up instead of posting the video.)

Finally, I headed over to the very full press screening of the survival-horror film Aftershock, which stars Eli Roth as an American trying to survive with a group of new friends when a massive earthquake strikes the town of Valparaíso, Chile and unleashes Hell on Earth.

I have an interview with Roth and writer/director Nicolás López coming up early next week, so I’m going to hold on to my thoughts about the film for now, but the film is definitely intense. It’s also interesting that some of the more gruesome moments in the film come from what people are doing in the chaos, not from the earthquake itself.