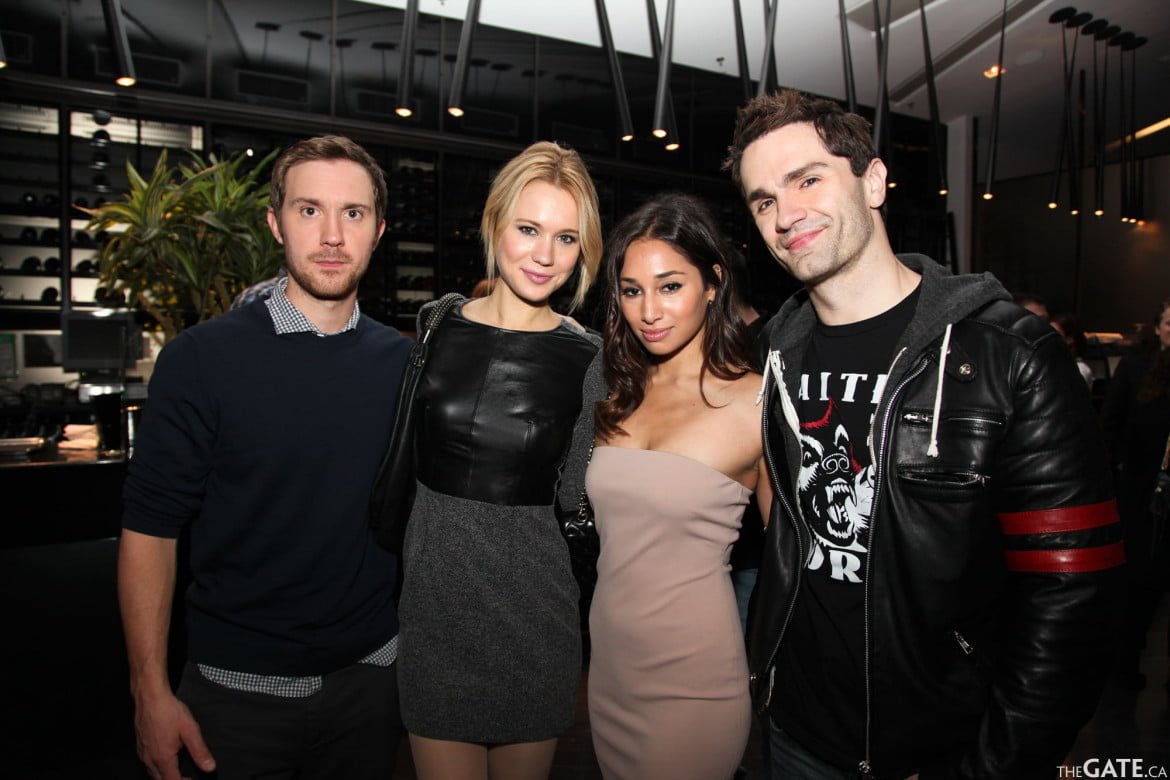 For the first time I’m attending the SyFy Digital Press Tour as it lands in Toronto, and based on the dinner alone tonight at C5 restaurant inside the Royal Ontario Museum, it’s a fantastic event for folks like me who love genre television.

Gathering together digital press folks from across North America (and there were a couple of guys there from Germany as well), the SyFy Digital Press Tour gives media types a bit of time with stars, and on the sets for some of SyFy’s big shows.

This year, as the event is in Toronto, we’re headed on set tours tomorrow of Warehouse 13 and the new series Defiance, but we also had a chance to mingle and chat over dinner tonight with the stars of Being Human and Haven.

Taking time out from their schedules were Lucas Bryant, Eric Balfour, and Adam Copeland (better known as Edge) from Haven, and Sam Witwer, Meaghan Rath, Sam Huntington, and Kristen Hager from Being Human.

Early on Lucas Bryant’s wonderful wife Kirsty Hinchcliffe started chatting with me, and we had a nice discussion with Bryant after a little bit, but I didn’t find a lot of time to speak to anyone else from Haven, unfortunately. As a former East Coaster, it was fun to chat about the Maritimes though, but we didn’t get a lot of time before Bryant had to do some photos and then dinner was served.

On the other hand though, I was lucky enough to share a table with Hager, who was totally charming, and Huntington joined us briefly as well before he had to run for a plane to get back to the Being Human set for a 5:30 AM call time this morning.

Huntington vaguely described this new season as being remarkable while also offering something a little different in terms of what will happen with the characters–that was about all he could say, but he said that he’s really proud of it, and he thinks it’s an incredible story thanks to the show’s talented writers.

Hager otherwise spoke a bit about her life and career, and mentioned that she’s currently filming The Right Kind of Wrong in Banff, Alberta with director Jeremiah S. Chechik.

Hopefully I’ll have a chance to interview her one day since I have to admit that she strikes me as one of those rare actors who is honest and open and really loves what she does.

I’ll have photos and video from the sets of Warehouse 13 and Defiance tomorrow, so follow me on Twitter for updates throughout the day and otherwise I’ll post more on the blog here tomorrow night!