On set in Toronto with SyFy’s Digital Press Tour 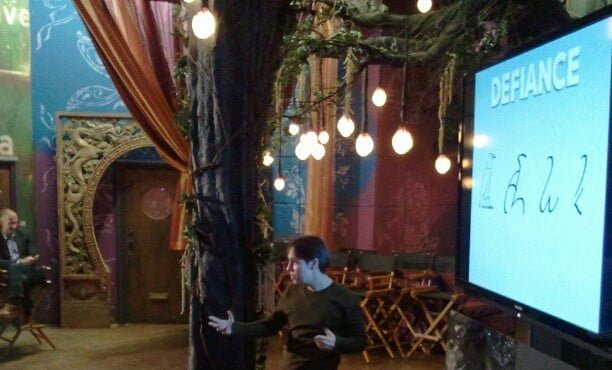 The SyFy Digital Press Tour turned out to be a fantastic event today. It was one of the most in-depth on-set adventures I’ve had in my career, and I have to admit that I was almost shocked by the access that we had both on the set of Defiance, SyFy’s newest show coming next spring, and Warehouse 13.

I have to say a big thank-you to the SyFy team for making it all happen, and to the teams behind the shows for giving us the royal treatment. It was definitely incredible to see behind-the-scenes of these two shows, and I can’t say how excited I am for Defiance to premiere.

I’ll have a lot of photos, videos and stories from the sets soon (I shot over 30 minutes of video footage, and hundreds of photos from the two sets), but for now, the SyFy Storify feed of the excitement is below, after the jump.