‘Lost’ recap: Before we get to the end… 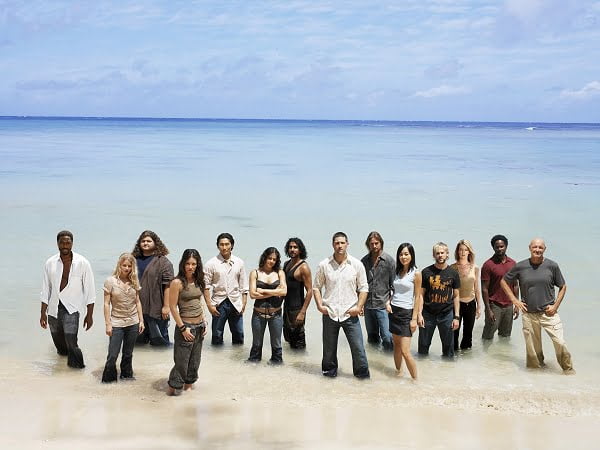 Last week was the season finale of Lost, and while it wasn’t the most startling cliff hanger of the series, it was a doozie. To set the finale up though, for anyone who needs a recap, here’s a look back at what brought us to this point in the story.

Pre-Strike: Meet Kevin Johnson
The season was really broken up into two parts – pre-writers strike, and post. The strike-induced ending came on March 20 with “Meet Kevin Johnson”, where Sayid and Desmond were on the freighter and discovered that Michael was hiding out on the ship, pretending to be a guy named Kevin Johnson.

Ben also sent his daughter Alex into hiding during this episode with Danielle Rousseau, her mother, but they end up being ambushed and both Danielle and Alex’s boyfriend Karl are killed by hidden gun men. We also learn that Michael has been sent to the ship to sabotage it, and act as a spy, by none other than Ben.

The Shape of Things to Come
On April 24, the Lost drought ended with this episode, which happens to be a title of an H. G. Wells story that speculates on the future of the world.

Alex has been taken prisoner by the mercenaries from the freighter, who have come to the island to capture Ben. They start shooting up the village, where Locke and Ben are hiding with Sawyer and the rest of Locke’s group, killing random unknown people and eventually killing Alex. Ben apparently summons the smoke monster to deal with the mercenaries and the surviving group members escape.

Locke, Hurley and Ben head off to find Jacob’s cabin while Sawyer, Claire, Miles and of course Aaron, head to the beach. Jack and the rest of his group discover a body washed up on shore, which is apparently the doctor from the freighter. The satellite phone is broken, but when they rig it to contact the ship through Morse code, they find out that the doctor is okay.

Something Nice Back Home
Jack has been feeling ill and Juliet discovers it’s Appendicitis, which means surgery to remove his appendix, and that Kate and Juliet have to work together to make sure he survives. In an interesting comment from Rose though, she points out that people don’t get sick on the island. (The only other person to have gotten sick, that we know of, was Ben, although Ben’s illness was clearly much more serious.)

Sawyer, Claire, Miles and Aaron are still on their way to the beach when they find the bodies of Danielle and Karl (Miles of course knows who they are, and where their bodies are thanks to his ghost sense, which we know about from earlier this season.). That night, Claire sees Christian, her and Jack’s dead father, who she then follows into the jungle, leaving Aaron.

In the flash forward, we see that Jack is now living with Kate and Aaron, and Jack proposes to Kate, who says yes. Jack is then visiting with Hurley one day and Hurley tells Jack that Charlie came to see him the other day and told him to pass on a message: “You’re not supposed to raise him, Jack” – referring to Aaron it would seem. Hurley also tells him that he will have a visitor and that night, when Jack is at the hospital, he sees his father Christian briefly. The next day, Jack gets home early to find the nanny still there, even though Kate was supposed to be home by then. When he confronts her on it, Kate says that she was doing something for Sawyer.

Back on the island, Juliet takes out Jack’s appendix and also gives Kate a little hint that she thinks Jack really loves Kate.

Cabin Fever
The episode starts with a flash back to a girl named Emily, who we discover is actually Locke’s mother. She gives birth to Locke, but says she can’t be his mother and leaves him for adoption. We also see that Richard Alpert, the same man from the island who hasn’t aged in all those years, comes to see Locke twice – once when he is born, and once when he is just a young boy.

Back in the future on the island, Locke wakes up to the sound of someone chopping down a tree. When he investigates, he discovers a man, who keeps cutting down the same tree, who says that he is building a cabin. He says “Godspeed, John” and then Locke wakes up. Since they haven’t been able to find the cabin, Locke leads Hurley and Ben to the pit where the dead DHARMA Initiative people were dumped in a pit. Locke digs around the bodies, finding a body with the name Godspeed on the suit, he looks through the pockets and finds a map and blueprints for the cabin. After making it to the cabin, Locke goes inside alone to see Christian, who says he speaks for Jacob, and Claire is with him.

Christian tells Locke to forget he saw Claire, and to ask the one question that matters since armed men are headed to the island right now. Locke asks what he has to do to save the island. When he emerges, he says that he has to move the island.

On the freighter Keamy, the leader of the mercenaries, returns from the island, has a heart-rate monitor attached to his body, picks up more weapons, and kills the doctor and Gault, before leaving on the helicopter. Frank Lapidus, the helicopter pilot, stows his satellite phone in a bag and in the next scene, drops the bag on the beach where Jack picks it up.

There’s No Place Like Home – Part 1
Referencing the classic Wizard of Oz line, the episode starts with Jack using the satellite phone that Lapidus dropped to listen in on the mercenaries planning what they will do when they land. Clearly, they are up to no good. Jack and Kate give chase, thanks to the indicator on the phone, but meet up with Sawyer, Aaron and Miles who are headed to the beach. Kate takes the baby, and heads with Miles to the beach while Jack and Sawyer go off to find the helicopter. When they find Lapidus locked up with it, they find out that the mercenaries are hunting for Ben, and Sawyer warns that Hurley is with Ben. Jack realizes they have to go save Hurley.

In a flash forward, the Oceanic Six (Jack, Kate, Sayid, Sun, Hurley, and Aaron) give a press conference following their rescue where they lie about the fate of the other survivors, and their time on the island. After that, Sayid is reunited with Nadia, Sun takes a controlling interest in her father’s company and swears vengeance for the fate of Jin, and Hurley has a birthday party that ends with him seeing the numbers (4, 8, 15, 16, 23, 42). Jack finally has the funeral for his father where he meets Claire’s mother, Carole, who reveals to Jack that Claire was his sister (well, half-sister).

… stay tuned for the next recap post where I look at the events of the final two-parts of “There’s No Place Like Home”, where everything comes together for a bit of a shock ending.