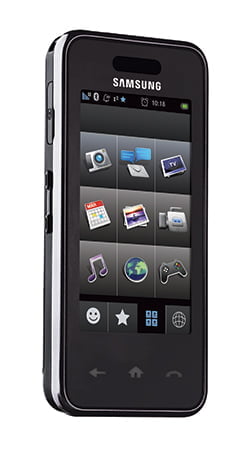 Whenever I’m at a press event and I run into James, I know at some point in the night we’re going to be laughing at the latest dumb move by Canadian mobile phone companies. I’m an ardent fan of cool cell phone technology, and James is such a fanatic he owns a cross-border shopped mobile device that is currently not even sold in Canada.

Comparing markets between Canada and the U.S. the differences are pretty huge, and it mainly has to do with plans, pricing, and the high-end devices that take years to come to Canada. Take, for a great example, the Rogers iPhone debate.

The Globe and Mail explains the problem quite simply. In America, if you buy an iPhone, you get unlimited data no matter what data plan you pick. In Canada, Rogers is offering just 400 MB with the $60 plan.

After the news broke a week ago, Rogers users and iPhone fans were decidedly ticked off, but it should come as no surprise in a market that offers the least and charges the most. With few competitors in the mobile phone market, the reigning companies are never forced to cut prices to compete, and the CRTC (Canadian Radio-television and Telecommunications Commission), which regulates the market, doesn’t seem to want to help out customers.

On top of the bad pricing structure, with inflated costs on data especially, Canada seems to be infatuated with utterly lame devices, like Motorola’s KRZR and RAZR phones. Samsung and LG routinely launch phones in the U.S. months before they arrive in Canada, if they ever even arrive in the first place. Ever heard of the Samsung Access?

There is one glimmer of hope on the horizon, and it bodes well for me and my little world that is strictly populated by non-Apple products: the Samsung Instinct.

Bell Canada announced today that as of August 8 the Instinct will be out in Canada for $149.95 with a three-year plan, and those plans start at just $40 including unlimited browsing and Internet email.

This does make me feel a bit better about Canada’s attempts to make friends with the public, and I have to give some praise to Bell for the smart move. If Rogers is even somewhat intelligent about their PR, which I’m not certain they are, they will try to save face very soon. Until something changes though, Bell has nicely positioned the Instinct ahead of the iPhone in a way that should have the public questioning whether the iPhone is such a treat after all.

The good: Bell is kicking up the data wars a notch or two.
The bad: The Instinct doesn’t hold a candle to the iPhone. It is a pretty looking phone with a touch screen. The similarities end there. No wifi, lame email, weak browser, no gestures, etc.

Now, when the HTC Dream with Google Android shows up on Bell with $10 unlimited data… then we’ll be getting somewhere!

Rogers offers the LG Vu, an almost identical phone to the Samsung. Also, Rogers offers a unlimited internet plan as well for $7 a month. People are still going to pick the IPhone because it’s an Apple product, even if the IPhone plans are not unlimited. This isn’t a real competitor for it, and it will not make Rogers lower there plans. And, have you heard of the N95? It came a little late but it does all the same stuff as the IPhone, just no touch screen and unlimited internet for the same $7.