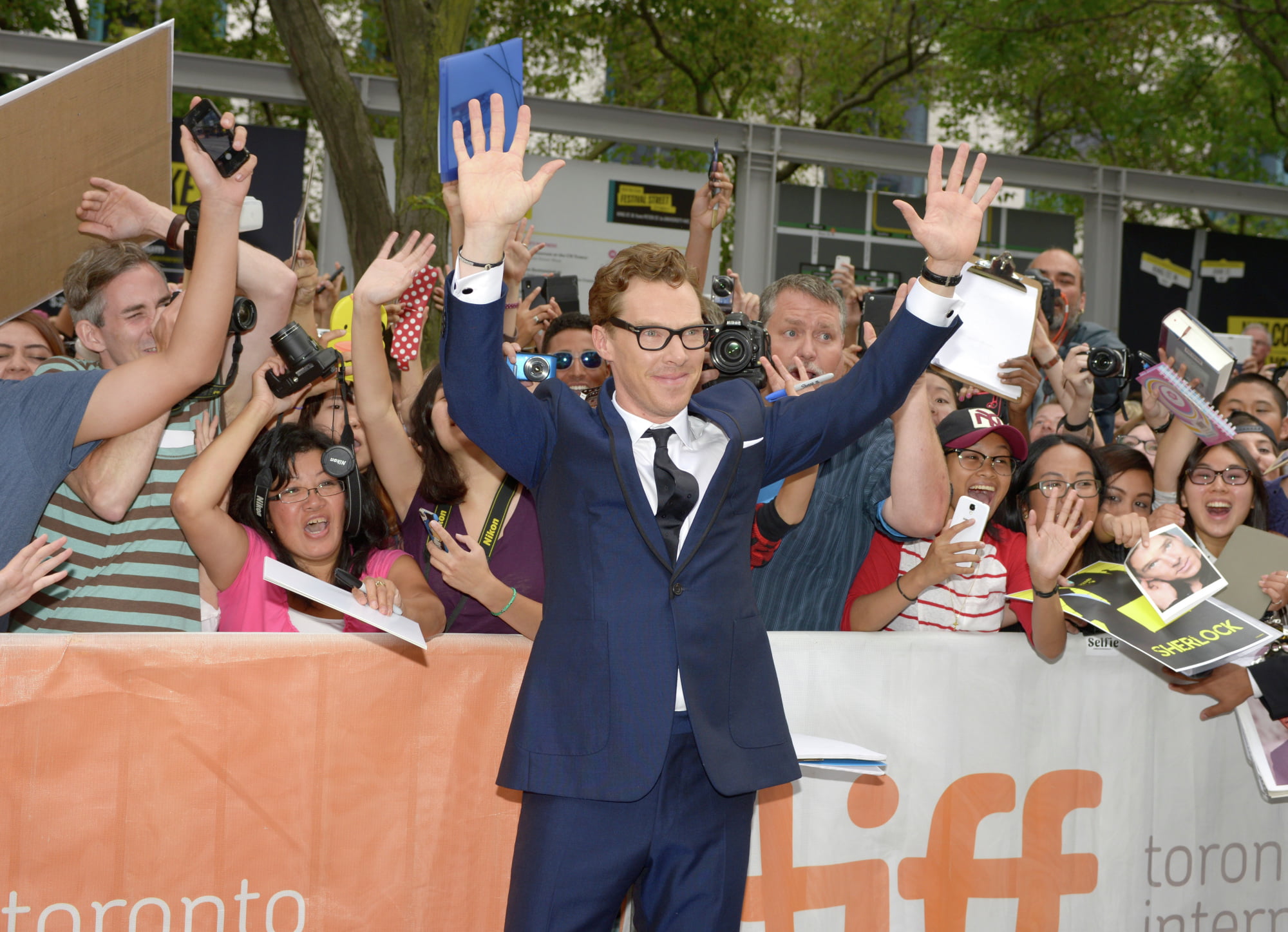 The Toronto International Film Festival did not slow down much this year after the first busy weekend, which was kind of a surprise. For as long as I’ve been going to TIFF, the first four days of the festival have always been blockbuster, while the week after kind of fizzles away. This year though, TIFF has kept the pace going, and it’s kept me busy late into the week.

Looking back to the TIFF that was, I finally found time to write down some of my highlights from earlier in the week.

First off, let’s start with Sunday, when I had interviews for Jon Stewart’s Rosewater and Jean-Marc Vallée’s Wild, two films I screened before TIFF even started so I could be involved in these interviews.

In the morning, I spoke to Rosewater lead actor Gael García Bernal, who plays journalist Maziar Bahari in the film, plus I interviewed Stewart with Bahari himself. The film is a retelling of what Bahari went through in 2009, when he was taken prisoner by officials in Iran for more than 100 days, where they tried to make him confess that he was an American spy.

Rosewater proved to be a good film that fizzles a little as it goes along, but it’s not a bad film–the story just never feels like it reaches a strong climax before the end.

The interviews were very interesting though, with Bernal chatting thoughtfully about the film, and talking about working with Stewart for his directorial debut. Bernal was also incredibly passionate as he talked about the politics that Rosewater represents, and the plight of journalists around the world, including in his home country of Mexico. He was so passionate, in fact, that he went over our interview time so he could properly answer a question that he felt very strongly about.

As for Jon Stewart and Maziar Bahari, they acted like they obviously know each other quite well now, with Stewart pointing out the fine line that existed in making the film where he needed to get more details from Bahari, without going so far as to make the journalist uncomfortable.

The topic was obviously a bit intense for Bahari, and Stewart was incredibly respectful, but he also took a few opportunities to lighten the mood with jokes, including a jab at Toronto mayor Rob Ford.

Also, to be honest, I’ve met some big stars at TIFF, but meeting Jon Stewart was definitely a huge highlight for me. He’s a fascinating media personality who obviously has a lot of talent.

Director Jean-Marc Vallée and actress Laura Dern were next up, and they were both incredibly welcoming and pleasant as they talked about Wild. As Vallée sat down for the interview, he even started playing music from the soundtrack to set the mood–something that I’ve never seen before in any interview I’ve had in the last 14 years.

For starters, it’s worth mentioning that the film is very good, and I would be surprised if Wild was not nominated for at least a couple of things at the Academy Awards. Reese Witherspoon, in particular, is wonderful in the role of Cheryl Strayed, and the story weaves perfectly between the character’s past and present in a way that makes the story stand out.

Vallée talked about what it took to make the film, and working with Witherspoon, who had a lot of challenges with this tough, sometimes physically-demanding, role. Often Witherspoon had to carry a huge backpack that was weighed down appropriately so it looked right on film, and they filmed a number of scenes in cool weather, even though the shot called for it too look like it was warm out.

Dern was wonderful and really down-to-earth, and she was very kind as well. In the interview she seemed very relaxed and she was happy to talk about how the story impacted her, and what it was like working with Vallée. I’ve admired Dern’s work for years, so it was really special getting to chat with her, and I appreciated how she reinforced something Vallée spoke about as well; Wild is a strong film that rests on Witherspoon’s shoulders, right up until the credits, with and ending that is happy, despite the fact that it’s not your standard glamourized “happy ending”.

Where most films struggle to offer strong roles for women, Wild is just a great film that is about this intriguing woman. It’s a drama–not a date film, or a “chick flick”. Any guy who can’t sit through Wild is just not emotionally equipped to deal with real life, or he’s too obsessed with stereotypes to enjoy a great film.

After that, I went to the Midnight Madness cocktail event, just to stretch my legs and do something a little different, but I didn’t stay long so I could work on some of my interviews, which I’m still transcribing and preparing for sharing.

That brings me to the day that was Monday — a strange day to say the least.

Monday didn’t really start for me at TIFF until the late afternoon when I was set to interview for Imitation Game with director Morten Tyldum and star Benedict Cumberbatch, who plays Alan Turing in this powerful World War II drama.

Due to some confusion, I was also supposed to chat with two of the cast who were at the hotel, but it didn’t work out. Tyldum was very interesting, and he revealed a number of details about capturing Turing’s story, and the incredible reality about what Turing accomplished, and how he helped end the war.

Now, here’s the odd part. I ended up waiting over 2 hours to interview Cumberbatch. He was delayed coming to the hotel for the interviews on Monday, and when he did arrive, he was exhausted and there were a number of press ahead of me doing interviews with him first. I was lucky that I didn’t have any other conflicts that day for interviews, so I was able to stay and drink Nespresso while the other press and I joked around about how our waiting room was clearly the set for a new reality show and there was actually no interview.

Of course, Cumberbatch was there, and he spoke at length about Turing and playing the great thinker in this drama. It was an intense interview, since Cumberbatch really answers questions with a lot of detail, and it was interesting to hear the actor talk about all of the things that were on his mind about Turing as well. He clearly has a lot of passion for the project, and learned an immense amount of detail about Turing and his life, which ends tragically, and all too young. 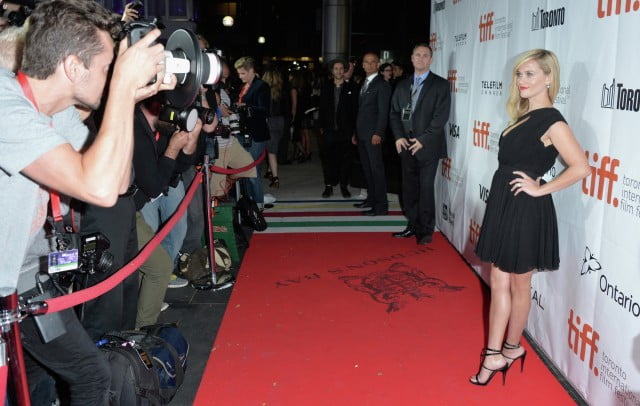 Last of all that day, I left to go meet director Rooth Tang, to follow him as he attended the TIFF premiere for his feature-length debut, Sway.

Tang was at a party on Bloor street when I met him, and so I interviewed him there, and we then cabbed it down to the Scotiabank theatre for his premiere. He was nervous, but obviously quite happy and excited, and he was joined by family, and two of his crew members.

That video will be online Monday, so stay tuned, in addition to clips from most of my interviews.

Have your say in the comments about what you enjoyed most at TIFF, or any films or stars you were following.