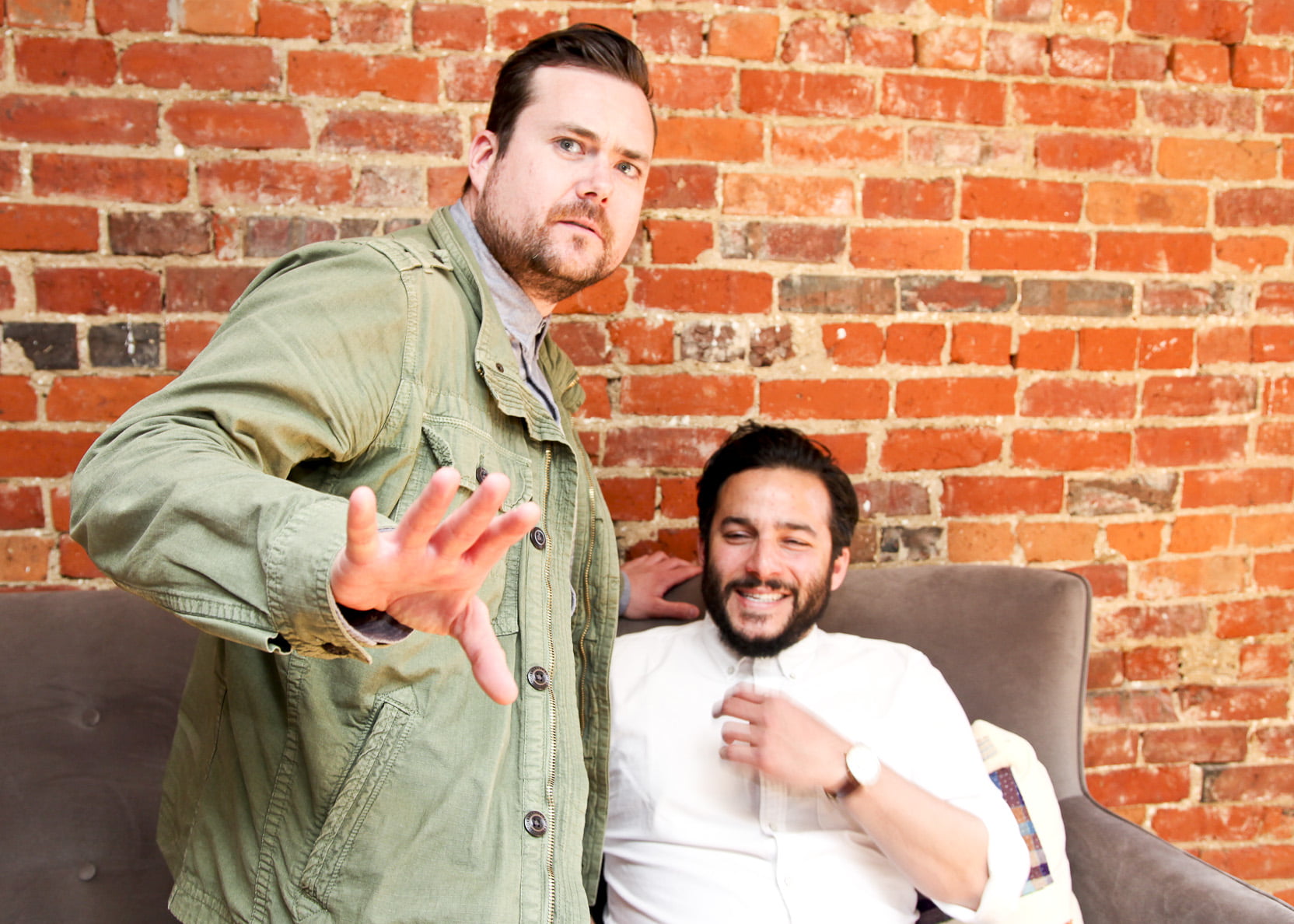 The biggest interview recently, that I shared just a little while ago, has to be my conversations with Sunset Song writer and director Terence Davies, and stars Agyness Deyn & Kevin Gutherie. Those interviews happened at TIFF last year, but I had saved them for the film opening weekend.

Sunset Song is a gorgeous and tremendous drama, and Deyn is mesmerizing. The cinematography is also gorgeous, with some of the best visuals of Scotland that we’ve ever seen on screen.

Last week I also posted my interview with Emily VanCamp for Captain America: Civil War, and I have to admit that I’m still geeking out about it since I’m a pretty big fan of the Captain America movies, and VanCamp. Overall, I’d say the Captain America are the best of the Marvel universe, to date at least, and I love how they’re working Sharon Carter into the story. It will be interesting, after this film, to see where they take her next.

I really enjoyed De Palma, which is a telling documentary on Brian De Palma’s career, but it’s also a fascinating look at the film industry, and filmmaking, throughout the last 40 years. De Palma is candid and an incredible storyteller, and that’s obvious throughout the entire film.

This week I had three events otherwise. On Wednesday, Toms had a Virtual Reality-giving event to show off how they give back shoes to children in developing countries. At Little Burgundy Shoes on Queen Street West, Toms had snacks and drinks, while you could browse and check out their shoes, but they also had a virtual reality headset and headphones so you could immerse yourself in a trip to Peru where a group from Toms was meeting with kids at a school to fit them with new shoes. One of the young boys has to walk miles from his little home to the local school, which shows you just how important good shoes are to these children, and the experience really gives you a better sense of what communities in countries like this go through in a way that photos or regular video just can’t.

After that, I went to Harry Rosen on Bloor Street for their Welcome to Miami party, which was celebrating Miami style for their new summer collections. The party featured a bespoke guacamole bar (!), Miami-themed drinks, gelato, and Cuban band Guaracha Y Son. It was a great event, and the band was fantastic. I’ll have to head back there at some point soon to get a better look at the new arrivals. 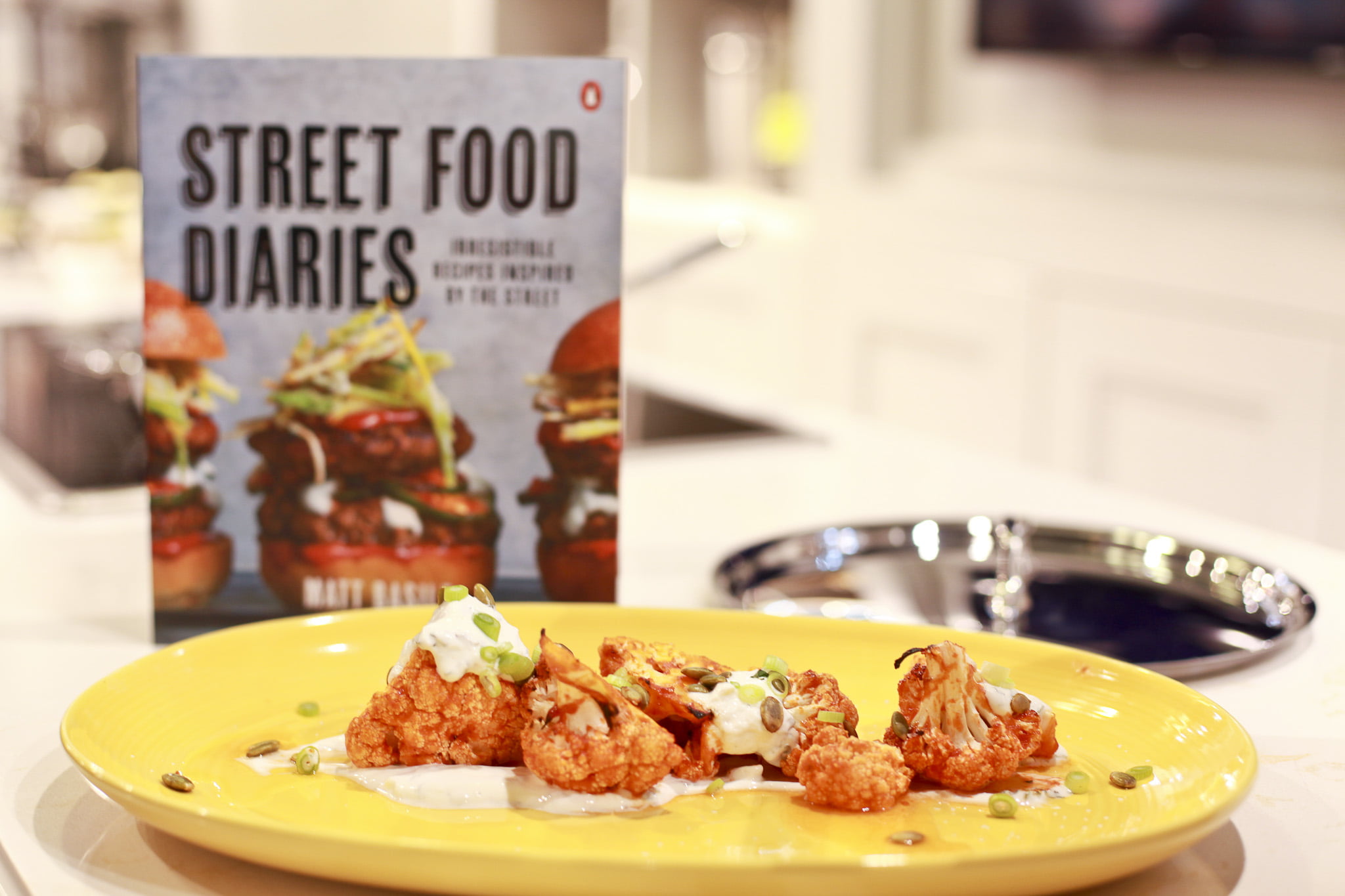 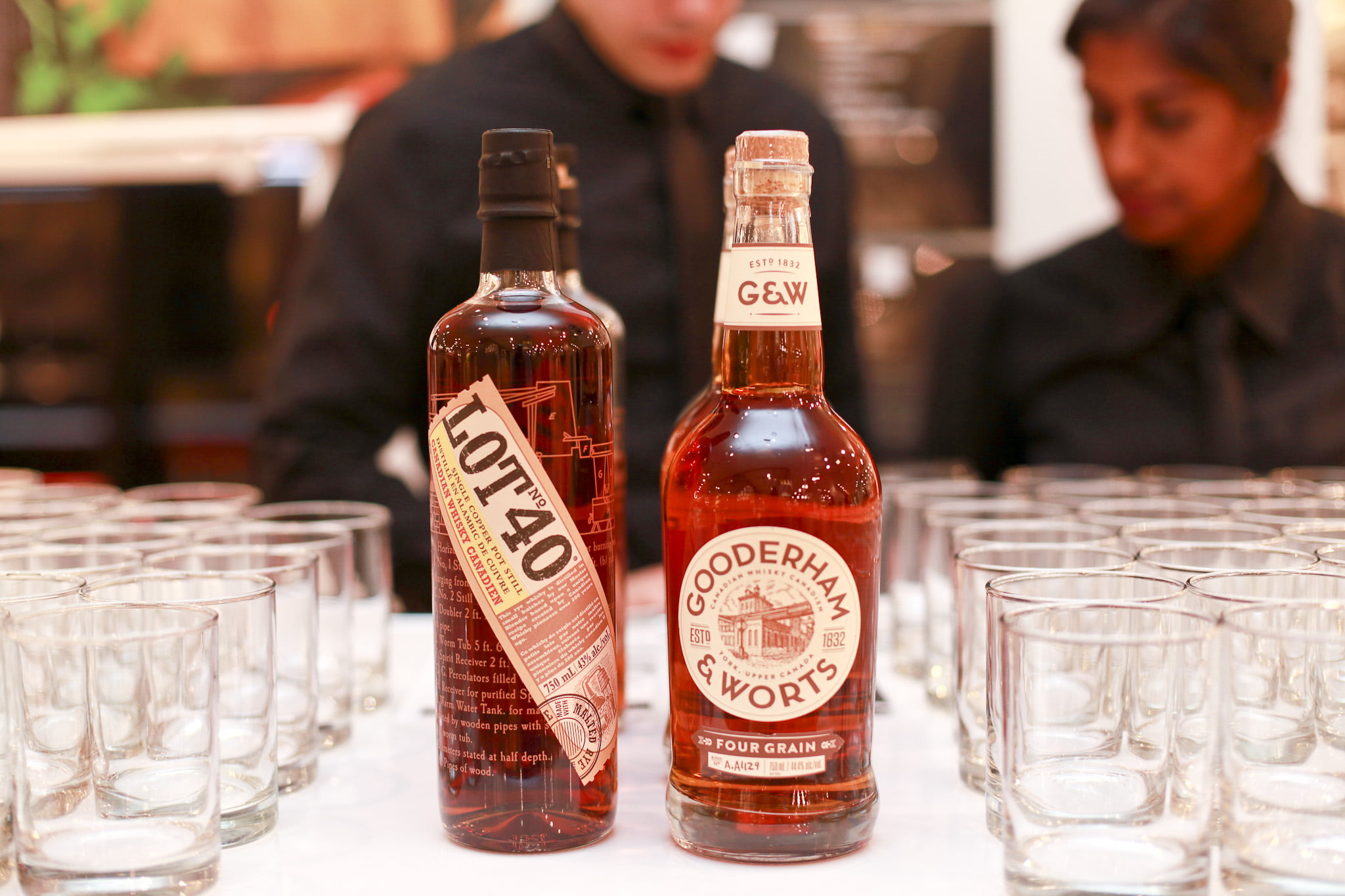 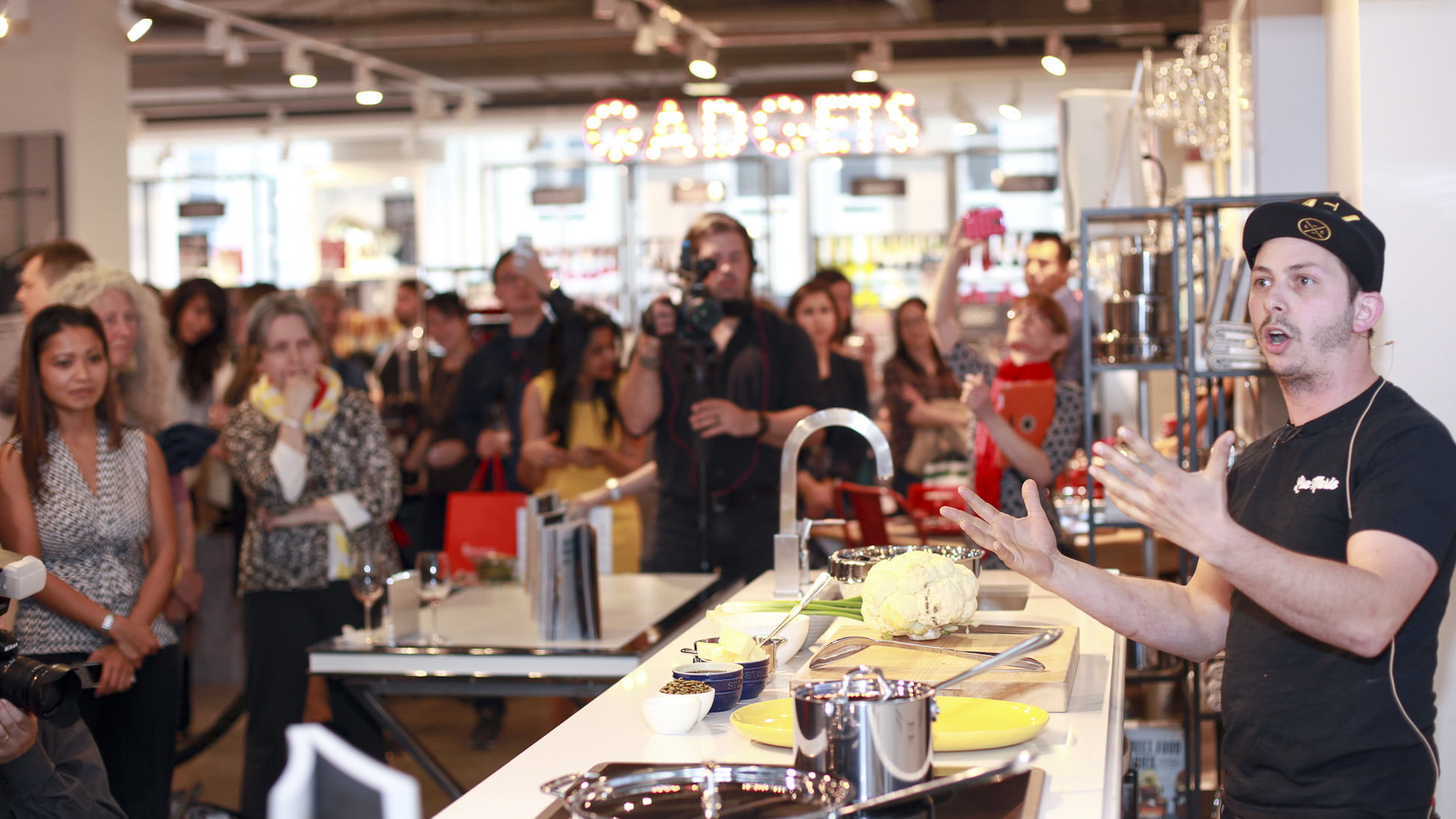 Then, on Thursday night, I was at Hudson’s Bay on Queen for an event by Taste Canada featuring chef Matt Basile for his book, Street Food Diaries. Basile is the creator behind Fidel Gastro Street Food Co., and he showed off a recipe from his book–featuring spicy cauliflower–while guests also got to sample treats and drinks from Lot No. 40 Canadian whisky, Godiva chocolates, Sawdust City Brewing, Nespresso, while All-Clad was there with their pots and pans for Basile’s cooking demo.

Taste Canada and Hudson’s Bay also sent me home with a thank-you bag that included three gorgeous beer glasses from Spiegelau, and a bunch of other goodies, including Godiva truffles.

Finally, from this week, I also screened X-Men: Apocalypse, and I’ve got Deadpool and The Witch to review on Blu-ray. I’ll save talking about Blu-rays for the reviews, but I have to at least mention X-Men: Apocalypse a bit more.

I screened the film more than two weeks before it opens, and there’s no embargo on my review now, but I’d like to save the full review for the week of release. That said, I loved it. I have my complaints with the film, but the characters are fantastic, and they’re wonderful realizations from the comic books. I’ve been an X-Men fan for a long time, and the movies have (mostly) been pretty fun adventures, but this one was satisfying in a way that feels more true to the comic books. While X-Men First Class is a better film, it’s very much a different vision of the world of the X-Men, even if it is authentic. The plot and some of the villains have their problems in X-Men: Apocalypse, but it feels the most true to the comic books in some weird and wonderful ways.

Last week was also busy because I covered a little bit of Canadian Music Week, including the Indie Awards. I haven’t been to the Indies every year, but I’ve gone for most of them, and I vividly remember going to the first event in 2001. This year they had two of my favorite bands performing: The Strumbellas and Wintersleep, who were both fantastic, and they were joined by Alberta Cross and The Zolas.

During CMW, while he was in town, I also interviewed bluesy up-and-comer Jesper Munk about his new album. He’s a soulful, fascinating guy, and he’s an exceptional performer. I expect big things from him in the next few years, so keep an eye on him.

That evening I also checked out the debut of the Fairmont Photojournalism Exhibition, which is at the Scotiabank Contact Photography Festival. The Fairmont worked with NAMARA represents to have photographers document life inside some of the hotel group’s most iconic hotels, and the results are gorgeous and compelling, looking in on how the staff contribute to the grandeur of these destinations. While there are some great images from all of the hotels, including The Plaza New York?, I have to admit that I especially fell in love with the images from the Fairmont Royal York, where the photographer Brett Gundlock followed bellhop Michael Calnan, the longest-serving staff member in the hotel, around for a day.

Finally, I missed out on celebrating Cinco de Mayo with Hornitos and Sauza tequila at Valdez restaurant, but they had an event last Friday featuring Mexican-themed snacks and drinks, and a private tasting for a few guests. I’m a big fan of Hornitos Reposado, which I sampled last year, and I love authentic Mexican food, so I may just have to pretend it’s Cinco de Mayo another day and mix up some food and drinks for the occasion.

Coming up next week I’m driving a Ford Focus Titanium for a few days, checking out an event for Samsung and their new SUHD TVs, and there’s a very cool “Alice on Queen” pop-up event for Alice Through The Looking Glass.

And I’m working on my Father’s Day Gift Guide, which is going to be pretty fantastic if I do say so myself. 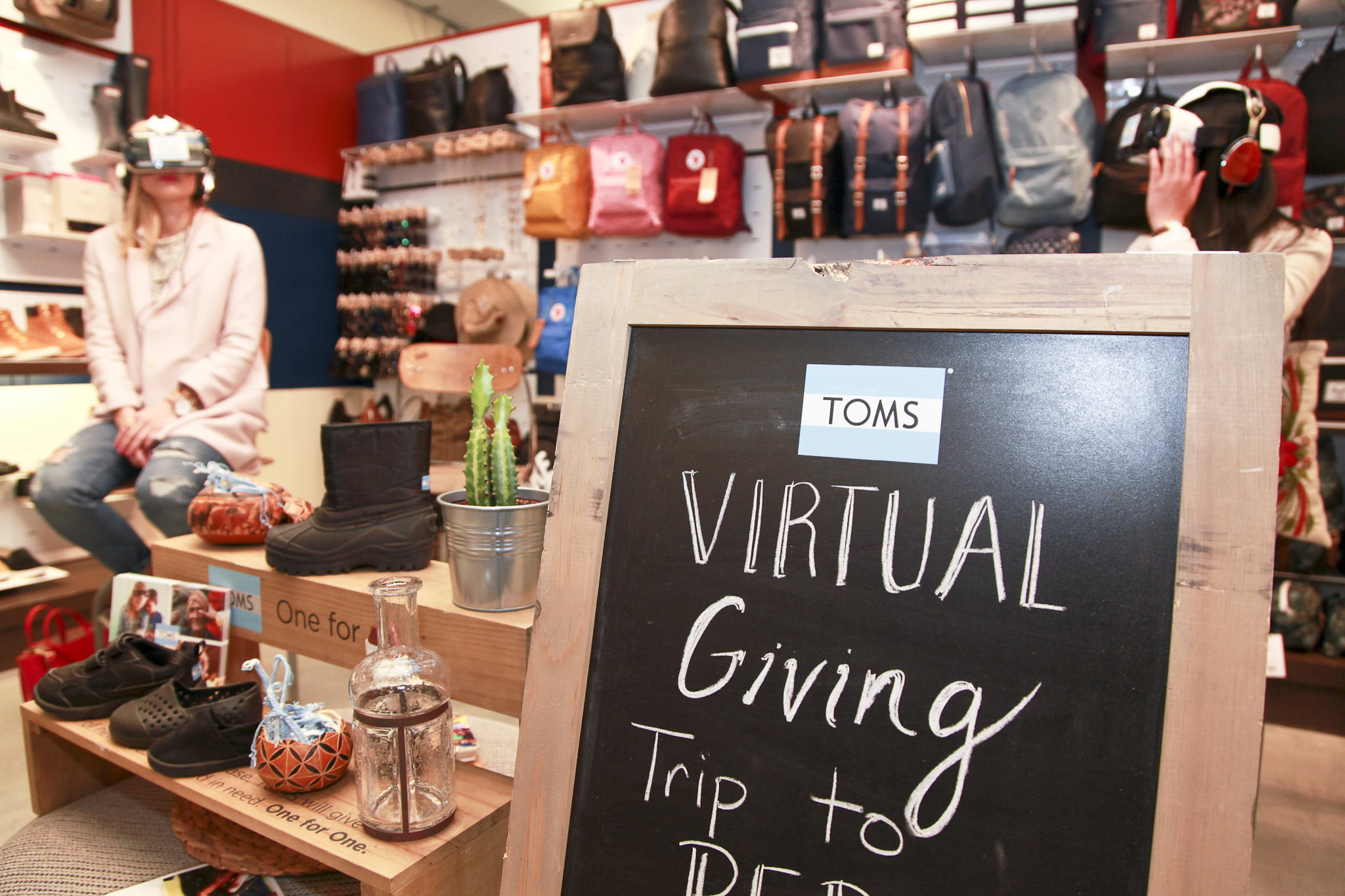 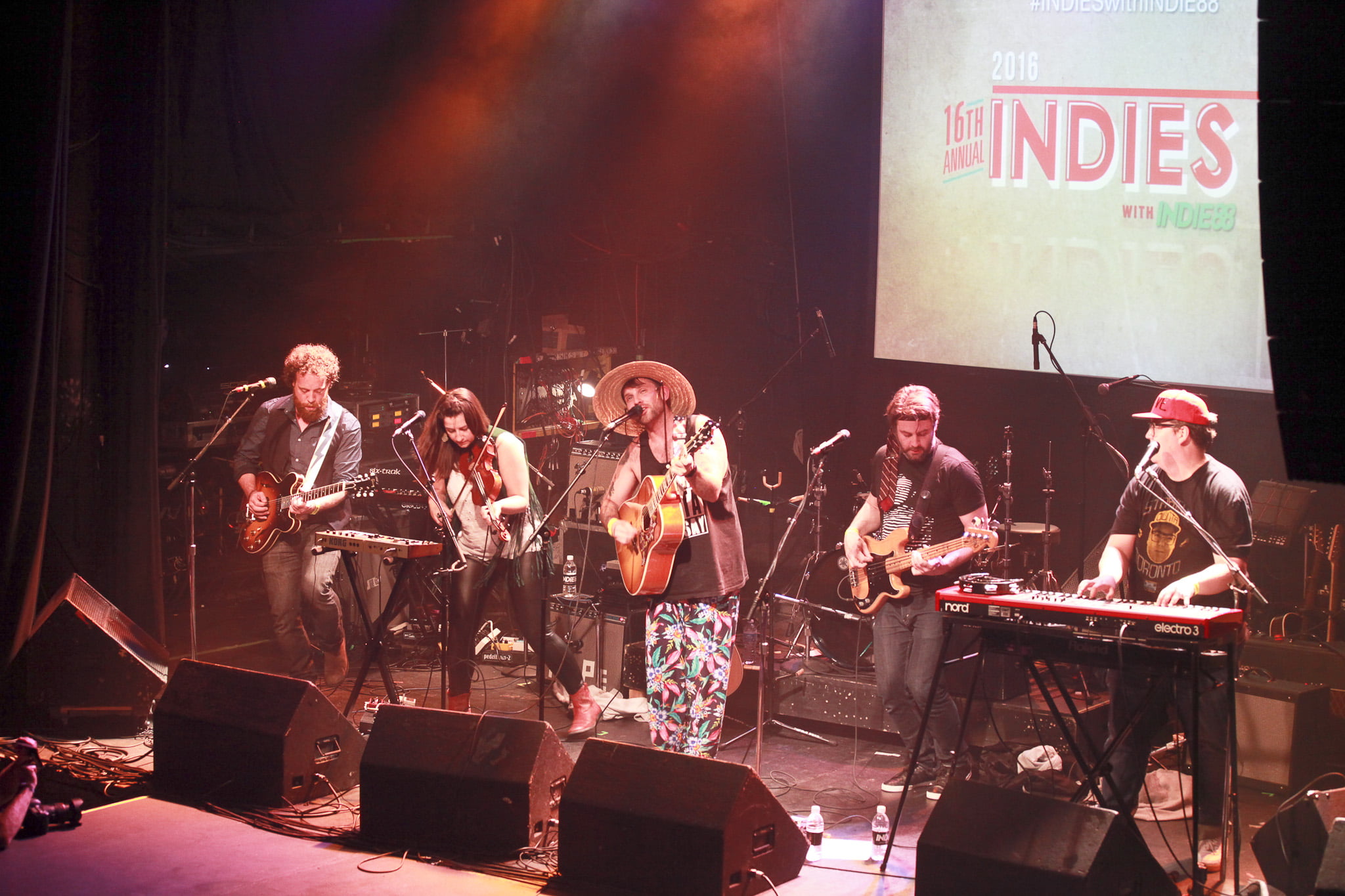 The Strumbellas at The Indie Awards 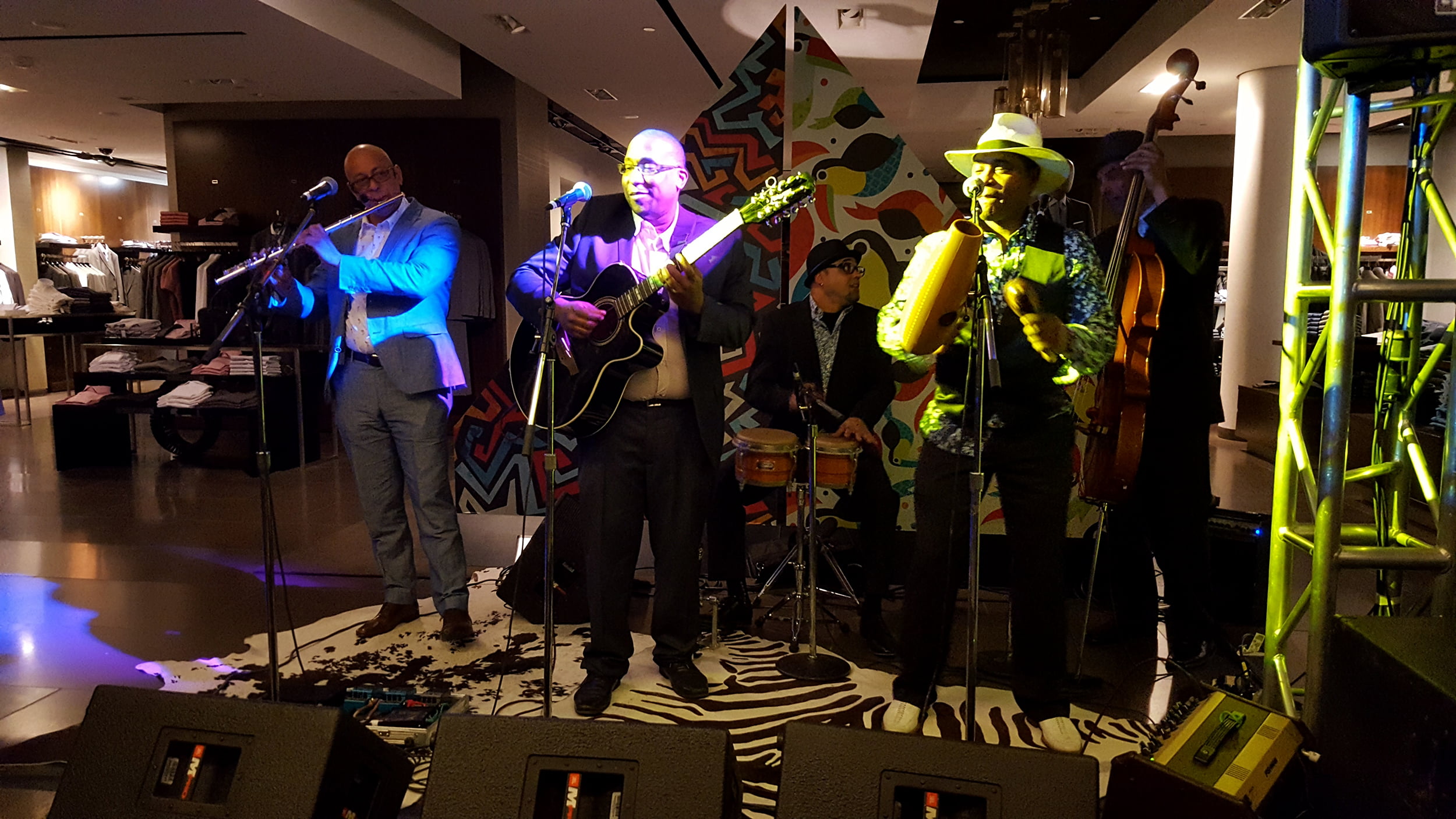 I just finished chatting with the incredibly talented @jespermunkmusic. A true talent at just 23. You can catch him at #CMW this week. #JesperMunk #Toronto #The6ix

It's a #selfie day! Thanks to @therealcabbie for chatting about #Toronto, sports, and great bars to watch the game. #The6ix #WeTheNorth #Cabbie

Perhaps it shouldn't surprise anyone that I'm most excited about the food and treats at the Harry Rosen #UndergroundLounge party tonight? This here is a #guacamole bar. You get to pick your ingredients. #food #HarryRosen #Toronto

It's good chicken licken tonight at #FoodTruckNFriday. These are the Mac on That stuffed #chickenwings. #wings #getstuffed