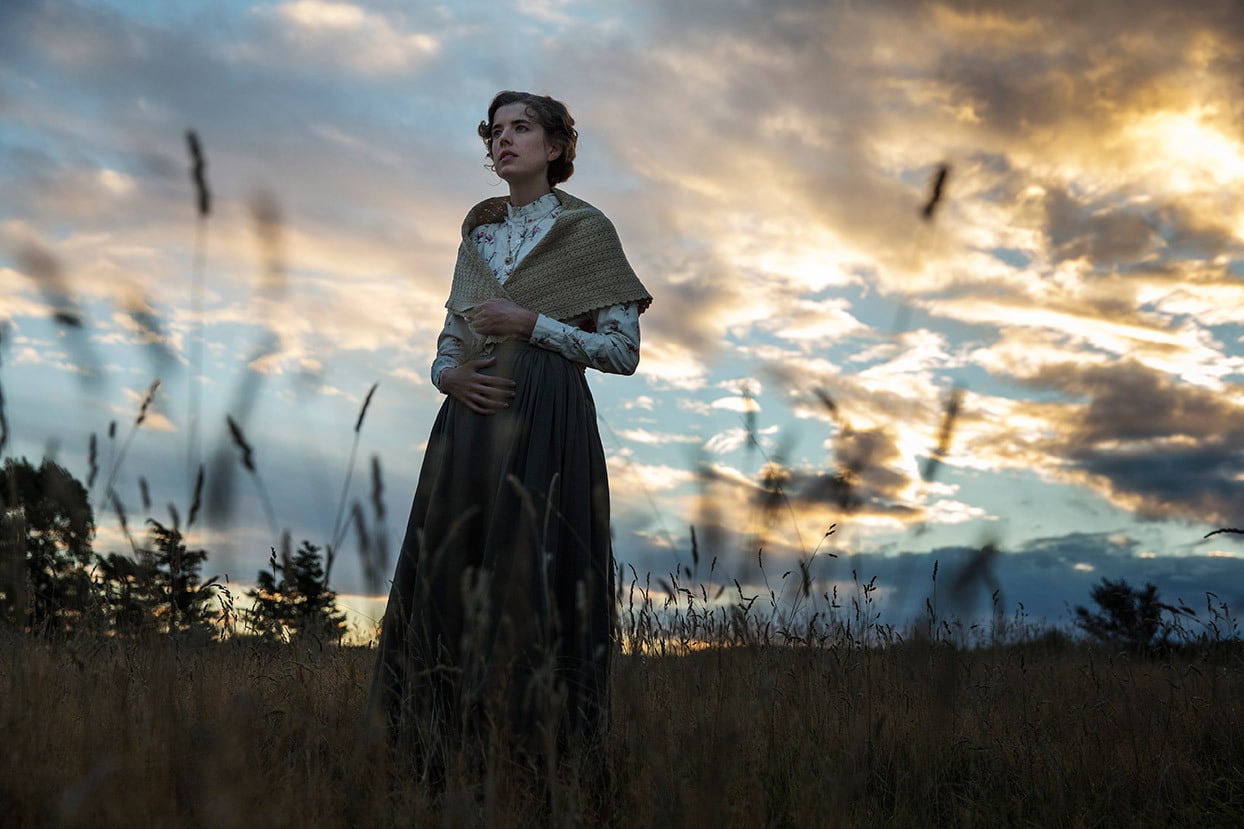 It took 18 years for writer and director Terence Davies to bring author Lewis Grassic Gibbon’s classic novel, Sunset Song, to the screen, and in speaking to the fascinating, talented filmmaker at last year’s Toronto International Film Festival, the depth of that work becomes abundantly apparent.

Davies’ many years of work bringing Sunset Song to life hardly seem to have diminished his love of the story, which follows a passionate young woman–Agyness Deyn as Chris Guthrie–as she grows up in a small Scottish town in the early 1900s, where she deals with the hardships of the time, marries a young man–Kevin Guthrie as Ewan Tavendale–and then must face the conflicts surrounding the first World War.

Featuring some of the most stunning cinematography of Scotland that we’ve ever seen in a big-screen feature film, Sunset Song is touching, and tragic, but also always beautiful and deeply felt. It’s impossible to watch Chris grow up in the film and not feel drawn deeper, and deeper into her story.

Watch the interviews below to hear Deyn and Gutherie discuss making Sunset Song and what it was like working with Davies, while Davies discuss his vision for the story, and some of his inspiration for the visuals, which came from Danish painter Vilhelm Hammershøi.

Sunset Song opened today in Toronto at Cineplex Cinemas Varsity and VIP; and expands to Vancouver on May 27; followed by Calgary and Waterloo on June 3; and Montreal, Ottawa, and Quebec City on June 17.