How the iPhone 11 survived an airborne adventure at CES 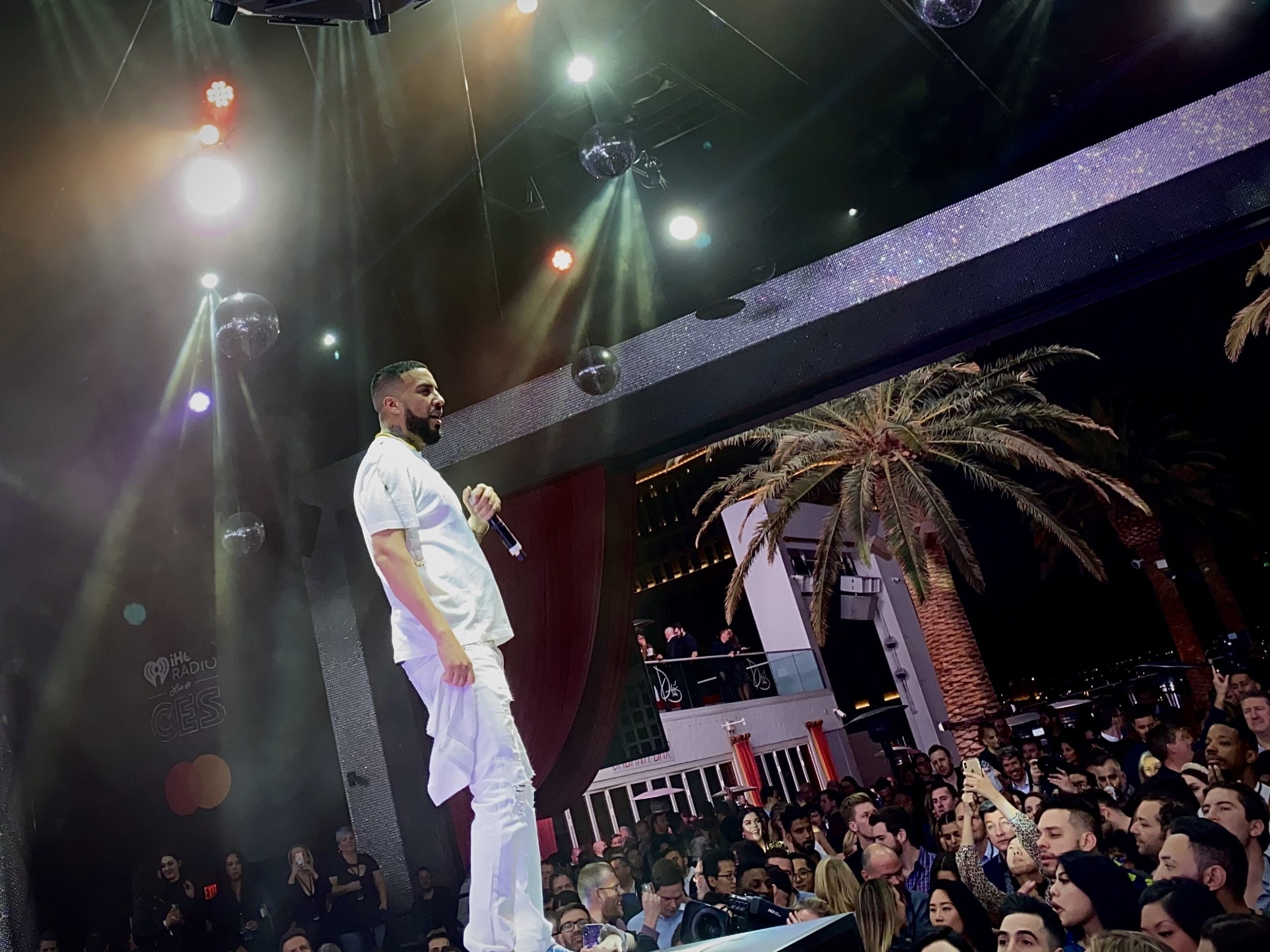 The short answer? I’m not really sure, but there has to be a bit of magic in the iPhone 11, or else Apple just makes a seriously tough phone. Or maybe it’s both.

At the start of January, at CES, I went to French Montana’s concert at Drai’s Nightclub, and I took the iPhone 11 with me to get photos and video of the show that I could share. I’ve been using the new iPhone since November, and I’ve captured some seriously great shots, but I hadn’t captured photos of a concert yet, so I figured this was a great opportunity.

I don’t have a case for the iPhone though, and I was a bit nervous about taking it around all day at CES and then out to the concert, but I figured it was a great opportunity, so I risked it.

The show was incredible, and I got some great shots, until one moment.

Throughout the night I had been working my way closer to the stage, and I finally ended up right against the stage, trying to get some closeups of French and his crew. That’s when I had a bit of a surprise.

Holding the iPhone by the sides, trying to get a really stable shot, I was a bit shocked when the air cannons, on the ceiling, went off and they were aimed directly at my hands–apparently. There was a sudden poof, wind and something hard (dry ice?) hit my hand, and the phone was just gone.

It was like a magic act where someone says “Abracadabra!” and the phone vanished like it had never been there. For a moment I was so shocked I actually wasn’t sure what happened.

A moment later, I was feverishly looking for the iPhone and I couldn’t find it anywhere. It hadn’t fallen on the stage. It wasn’t on the floor. I even asked a women next to me to look in her purse because it was wide open and looked as good a place as any to have landed.

That was when her partner noticed someone holding up the iPhone–about 10 feet away.

Somehow the iPhone got shot across the room by the air cannon, and when I got it back, there wasn’t a single scratch or mark on it. Not on the sides, or the back, or the screen. So however it got to that person, 10 feet away, it survived unscathed, and I was really just amazed I got it back at that point.

So while I wouldn’t risk dropping the iPhone 11, and a certain amount of luck may be involved here too (I do wonder if it flew across the room and landed in his hands somehow), I’m amazed how well it survived the adventure. You can even see a video of the moment it flew out of my hands on Twitter.

And on top of all that, the photos and videos I got from the concert were excellent. I’m especially impressed by the video because 60 frames per second makes concerts look so slick. Yes, 24 fps is great for that cinematic look, but 60 fps looks alive.

The iPhone 11 is one of my favourite devices to come out of 2019, and it’s by far the best photography experience I’ve had with any phone because it gives you the tools to edit your photos right in the gallery. Plus, when Live Photo mode is active, and there’s enough light, you get even more control over your photos with long exposure, and multiple shots.

That video clip is also courtesy of Live Photos since you can export the moments it captures with each shot.

Anyone else have similar stories of survival with their iPhone? Let me know your story in the comments.

Thanks to Mastercard and iHeartRadio for having me out to French Montana’s show at CES.