Newspapers, games, and May randomness 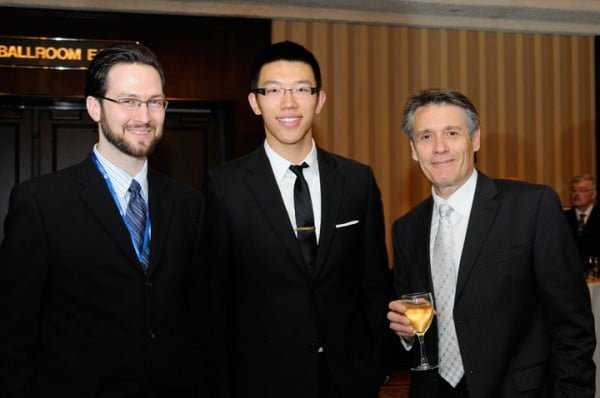 Me, David Li, and host Ralph Benmergui at the BNC Awards

May has been a busy month, my friends. I realize I’ve been neglecting my blog, so I wanted to make some time and get back to posting again.

The good news is that there’s some good stuff going on as summer gets closer, including some interesting industry stuff.

Aside from the gaming previews, movie screenings, and other little projects, I was at the Ink & Beyond newspaper conference in Toronto last week. The event draws in newspaper editors, publishers and other staff from across the country, and one of the highlights is the Better Newspapers Competition gala dinner, which I attended last Thursday.

While I’m definitely a web guy, I’m interested in the media landscape as a whole as well. It’s a weird little world out there, and I can’t imagine limiting myself to just the web if I can help it.

The conference aside, things are getting a lot busier these days. It’s always the same at this point in the year, and yet I’m always amazed how there’s never enough time to get to everything.

Earlier tonight I previewed Crackdown 2 (which I can’t talk about for another week), I’m about to play Alan Wake finally, I’m seeing MacGruber Wednesday and Sex and the City 2 early next week, the 2010 MuchMusic Video Awards are a little over a month away, and NxNE kicks off on June 14.

I’m also working on posting coverage of the new television series, Rookie Blue starring Missy Peregrym [swoon], planning a set visit for a new show called Lost Girl, and getting excited because the 2010 Toronto International Film Festival is less than four months away.

June is also the big month in Toronto for announcements from the television stations, who will be promoting their fall schedules. Plus, in case you’re living under a rock, next week is the series finale for Lost, which is going to be hard to say goodbye to, but I’m still excited. I don’t want it to end, I really don’t, but I want some answers, damnit.

Stay tuned, I’m a bit nervous how quickly the summer will vanish, but it’s going to be a fun few months.