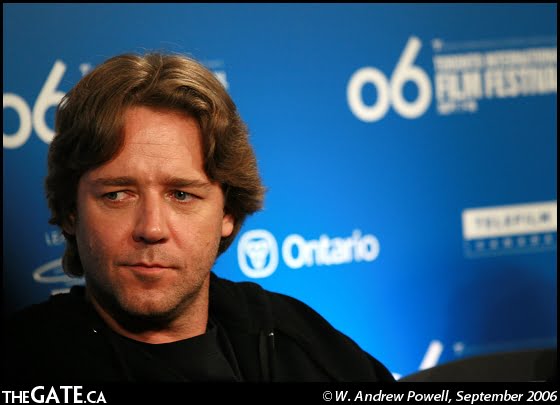 Last night worked out pretty well for the Star! Schmooze and I managed to get some decent photos, including one killer one of Samuel L. Jackson. But my only complaint was that sometimes it felt more like the Red Gauntlet, than the Red Carpet. Some stars lingered longer than others though, which worked out alright for me.

Today though I had my interview with Cillian Murphy which worked out rather well. He’s definitely an awesome guy, and I can’t think of a better film (The Wind That Shakes The Barley) to interview him for. He also, very briefly, discussed his next film called Sunshine which is basically about the sun shutting down and a team of scientists trying to restart it.

After that I went to the press conference for A Good Year, Russell Crowe‘s new comedy with Ridley Scott, which also stars Tom Hollander – the awesome guy who plays Lord Cutler Beckett in Pirates of the Caribbean: Dead Man’s Chest.

And now I’m headed off for my interviews with the cast of Citizen Duane. Hopefully, I’ll actually also have time today to see some films again!

Russell Crowe says he is getting too old to be an action hero? I didn’t see that one coming. He’s an awesome action hero in his movies. Hope this doesn’t mean he is going to stop being in those type of films.