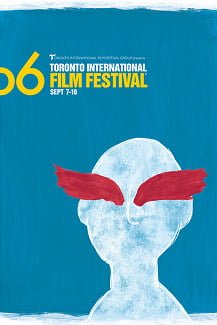 Anyone who knows me wouldn’t be surprised by this revelation, but in case you didn’t know, I can sometimes be a little late for things. Case in point, the Babel press conference with Pitt. I knew it would be crazy and packed, but what time did I arrive? 20 minutes before it was set to start, which meant that no, I didn’t make it in. Instead, along with a number (we’re talking a number bigger than 30) of other media types, I sat outside and watched the event unfold over a TV. But I did get some audio, so we’ll see how that worked out.

Pitt looked absolutely dopey on stage though, and next to the spark that is Alejandro González Iñárritu he came off a little like he was asleep too. As one photographer put it, there was nothing to be learned from listening to Pitt talk about the film.

Speaking of that photographer, one Mr. Dennis Van Tine of Open All Night, he happened to be a kind soul and take just a bit of pity on me, and gave me my pick of his amazing shots to use of Pitt and the cast. Check ’em out over in the Galleries…

After that I sat in on conference for The Last Kiss and learned something strange – Paul Haggis wrote it as a remake of L’Ultimo Bacio (or One Last Kiss translated). I guess I just didn’t realize many other people knew of the film, but I adored it when it was here at TIFF – brilliant movie. Makes me want to see how Zach Braff and this cast handles it even more than before.

Off I run now (early) for the All The King’s Men conference.