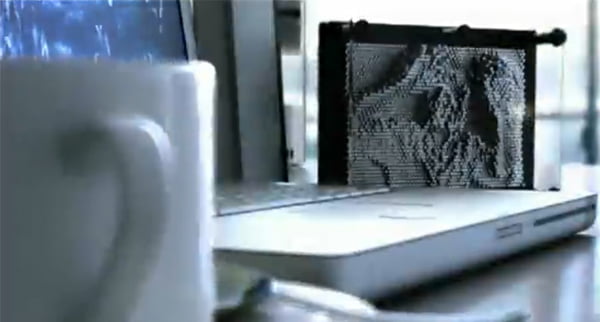 Compared to Fefe Dobson or Brandon Flowers, this week’s video is a bit more serious than usual (there’s even swearing in the song!), but it was simply a must for me. When I was thinking about featuring artists, Nine Inch Nails was a must, I just had to figure out a song, so I went with one of my favorites from 2005: Nine Inch Nails’ “Only”.

Two amazing talents worked together to make “Only”. First, of course, you have the man behind NIN, Trent Reznor.

I’m a big NIN fan, but while I have a lot of early favorites, “Only” is easily a top-five favorite, behind only “Every Day Is Exactly The Same”, and of course “Hurt” and “Closer”.

Next though you’ve got big-shot music video and film director David Fincher, who created the video almost entirely with CGI. The only elements that aren’t computer graphics are the man’s hand in the first few opening frames, and the cars seen in the background of the wide angle shots.