Noah Reid on the red carpet for ‘Score: A Hockey Musical’ 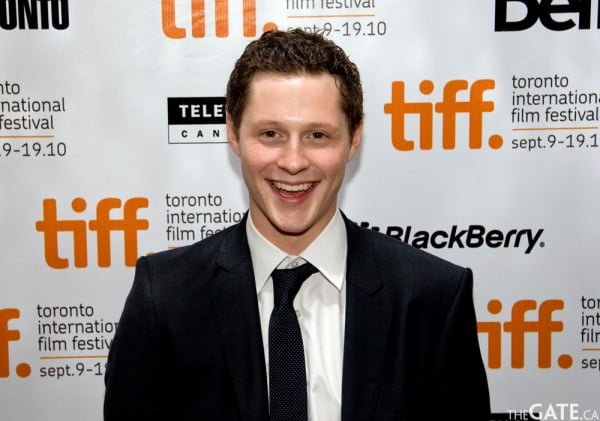 Actor Noah Reid on the red carpet for Score: A Hockey Musical

While I run between the press office and the screening for SUPER I had to share a quick photo from the opening night gala red carpet of Score: A Hockey Musical.

Noah Reid was posing for photos and to get a bit of a bigger grin out of him I yelled, “Give us a smile for your friends at E.S.A.” He obliged with this huge grin and then added something along the long lines of “Anything for E.S.A.”

After Noah left though the photographer next to me was like, “What’s E.S.A?”

Well, for those who don’t know it’s the Etobicoke School for the Arts. My girlfriend Aisha and her sister Alana both went there with dozens of actors and filmmakers, including Noah, writer and director Ed Gass-Donnelly, not to mention Robin Dunne and I’m sure lots of others at this year’s festival.