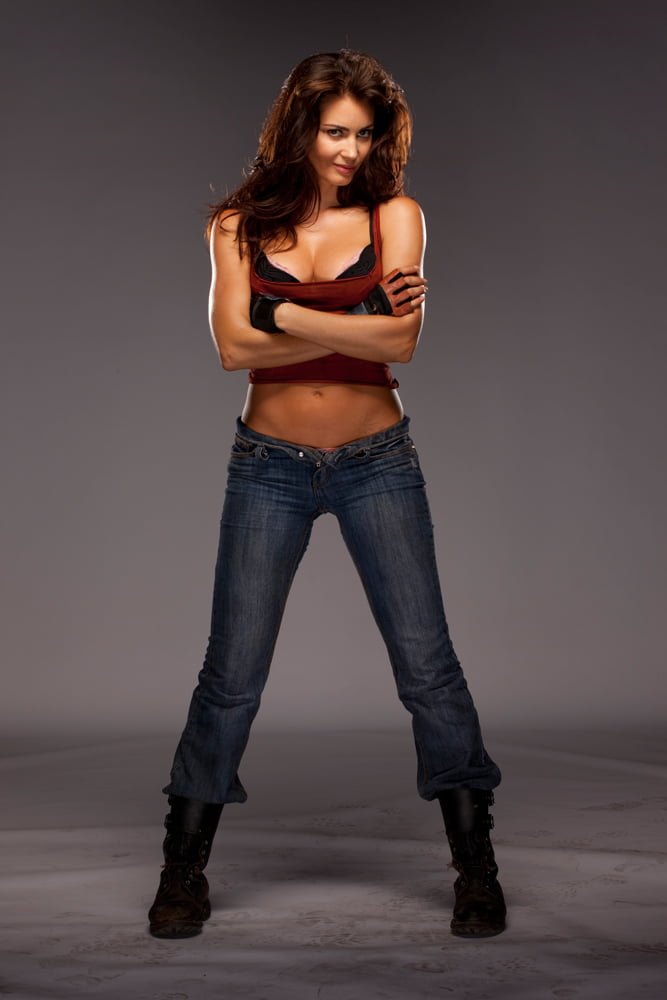 Aside from the surprisingly clever story (especially for a direct-to-DVD sequel), and actors Luke Goss, Sean Bean, and Ving Rhames, I can think of one other great reason to check out Death Race 2 later today when it comes out on DVD and Blu-ray: South African model and actress Tanit Phoenix.

She’s fun-loving, amusing, and an epic love interest for Goss, and despite the fact that she is barely in the extra features (that had to be a mistake), Phoenix is in the movie just long enough to make you wonder what she’ll be appearing in next. If we’re very lucky though, it’s going to be in the new Wonder Woman television series, but you may have to cross your fingers for that show to even get made.

Stay tuned for a video interview later today with Goss and Phoenix, plus Death Race 2 director Roel Reiné, but until then I’ll just leave you with this teaser photo from the film.