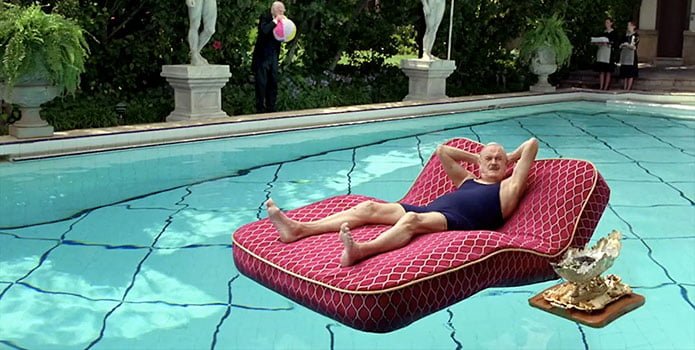 Everywhere we turn, we are basically inundated with video messages, but all of those videos can usually be summed up simply; they’re blatant promotional messages packaged into 30-second ads that can be forgotten as quickly as they’re seen.

If you’re a fan of advertising, like I am, and short-form storytelling, TIFF’s Packaged Goods: The Year’s Best program offers the opposite of all of those ads with a program that is filled with some of the best advertising, short film, and music videos from the past year.

Screening at TIFF Bell Lightbox on Wednesday, December 12 at 7:00 PM, the event was programmed by Rae Ann Fera, and celebrates ads like the Guardian newspaper’s brilliant “Three Little Pigs”, the Canal+ “Bear” spot from France, and a number of music videos, including Justice’s video for “New Lands”.

Running for 82 minutes, Packaged Goods: The Year’s Best has just enough great content to make the time fly, although there are some duds, depending on how you feel about Kenny Powers or Spiritualized.

Opening with the “Three Little Pigs” Guardian spot by Ringan Ledwidge and Rattling Stick, this edition of Packaged Goods starts off on the perfect note, showing how powerful a brand like the Guardian understands its role in delivering and discussing the news.

By the same measure though, the K-Swiss “Blades” spot with Kenny Powers has a few fun moments, but feels like an act of torture, especially since it runs for nearly 5 minutes and features most of the advertising staples we expect for male-dominated products like sneakers. It’s effectively the 90s beer ad we all came to hate.

The program leans toward the levels of greatness though that the Guardian spot sets up, and that includes a heartfelt spot called “Best Job” by P&G (which, interestingly enough, I was recently shown by actor Gerard Butler when he was in Toronto in November). In the 2-minute video, we follow moms around the world helping to make their little athletes great in one of the more touching ads of the program by director Alejandro Gonzalez Inarritu.

Other moving spots featured in the program include Expedia’s touching “Find Your Understanding” about a father and mother travelling to their daughter’s wedding, and Channel 4’s epic “Meet the Superhumans”, which promoted the station’s coverage of the Paralympics with dazzling footage of some of the competitors.

There are also lots of laughs mixed into Packaged Goods, like the Canal+ “Bear” spot which shows a bear-skin rug who aspires to be a great filmmaker, Bodyform’s viral “Richard” spot that had the fictional head of the company responding to one man’s comments about feminine hygiene marketing.

Finally, there are the music videos, which represent a fairly broad spectrum of styles. Beirut’s “The Rip Tide”, for example, Fleet Foxes’ “The Shrine/An Argument”, Flying Lotus’ “Until the Quiet Comes”, and Woodkid’s “Run Boy Run” are beautiful, visually stunning music videos that will pop on the big screen. On the other hand, Grimes’ “Oblivion” is a purely simple but catchy video that was done on-the-cheap, but is nonetheless mesmerizing, as is The Shins’ “Simple Song”, which follows a more traditional format, but the story matches the song almost perfectly.

Lastly, there’s M.I.A.’s deceptively catchy “Bad Girls”, a music video by director Romain Gavras that drops hip hop into the Middle East for one of the more trail-blazing videos in the whole program. Less impressively, for me at least, was Spiritualized’s “Hey Jane” a 10-minute short film that is drawn out far too long, but has a story that is dark and powerful about a transgendered woman and what she goes through in one day.

If you love music videos and advertising as much as I do, this is a fantastic opportunity to see some of the best of 2012 on the big screen. While you could track down a number of the videos online, the program is actually a great format to experience them all in one go.

Synopsis: “Best, better, bestest! TIFF’s popular Packaged Goods series – surveying some of the most innovative music videos, short films and TV spots from around the world – returns with its year-end edition: The Year’s Best. From highlights of global advertising and music video awards shows to the biggest blockbusters and some pieces from beyond the proverbial podium that made this year a little special, Packaged Goods: The Year’s Best will showcase a collection of some of the most innovative work produced and awarded in the past year.”