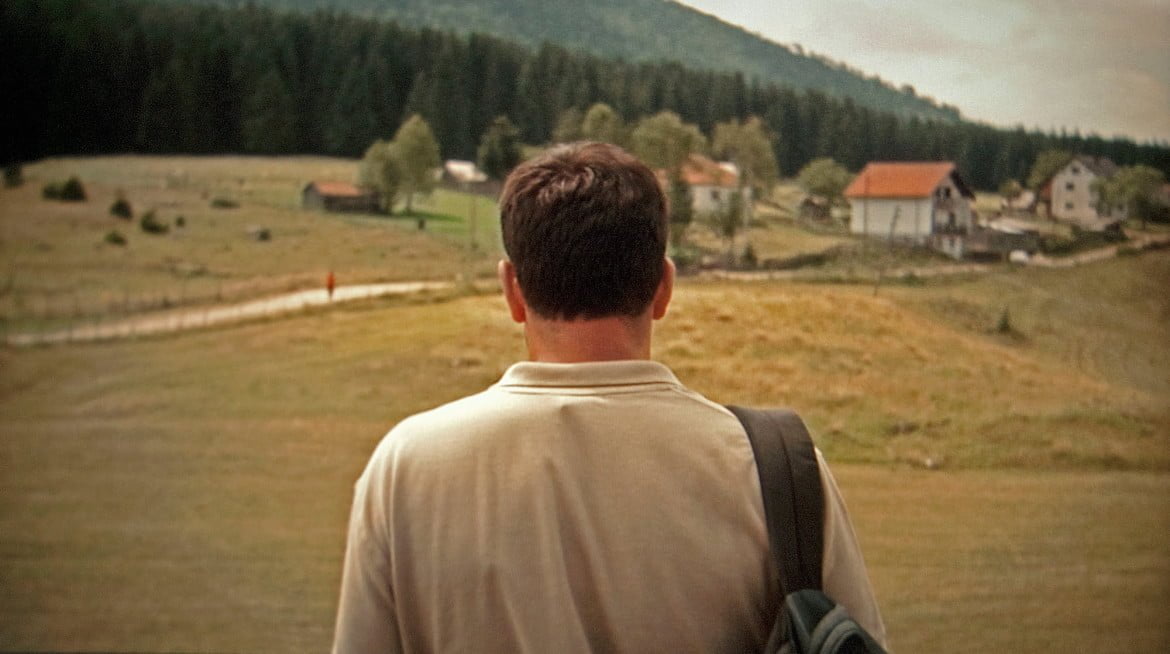 Whether it’s the African family happily reuniting over Tim Horton’s coffee or the glossy magazine rankings of successful émigrés, narratives about the immigrant experience permeate Canadian media and popular culture. But, though ubiquitous, these scripts rarely speak to the nuances of immigration, and hardly ever touch on its quiet trauma.

It’s these neglected accounts that are the focus of some Toronto filmmakers who are examining the grey area between the shining successes and horror stories of the contemporary immigrant. One such director is Igor Drljaca, whose film Krivina centres on an immigrant from the former Yugoslavia who leaves a listless life in Toronto to return to Bosnia and find an old friend now accused of war crimes.

Similar to the film’s protagonist Miro, Drljaca and his family immigrated to Canada from the former Yugoslavia in 1993 following the outbreak of the Bosnian war.

“I always felt this feeling among a lot of immigrants,” said Drljaca, a graduate of York University’s film and video production programs. “You’re there, but you’re not there. It’s like there’s a split and it’s a hard thing to move in a [positive] direction, to think that people can restart their lives.”

The 30-year-old director, who still lives in Toronto, doesn’t have to look far to find the stories he’s eager to tell. According to 2006 census data, the city was home to 30 per cent of the country’s recent immigrants and 20 per cent of all immigrants. In recent years, it’s still the primary entryway for newcomers, and with a growing number of temporary foreign workers in Canada – the figure rose from 101,098 in 2002 to 300,211 in 2011 – Toronto’s immigrant population (many undocumented) will increase as these visas expire.

While most people overlook the individuals and families behind the statistics, Drljaca–whose last film, The Fuse: Or How I Burned Simon Bolivar, also tackled themes surrounding the Bosnian war–has made them a focus in his career. The filmmaker spoke with many immigrants from the former Yugoslavia while making Krivina, which was recently part of a showcase of Canadian film at New York’s Museum of Modern Art.

“There are a lot of myths about immigration and coming to the west, and they are nice exports, these stories, but when you actually come here, it’s far more complex,” said Drljaca.

Part of the mythology, the filmmaker says, is that immigrants will effortlessly integrate into the larger society. He points out that although Toronto has a reputation for its diversity, the city still has its share of ethnic enclaves. This reality is reflected in Krivina, where the protagonist’s only meaningful relationship is with another Bosnian immigrant–the one person who helps Miro navigate his trip back to the former Yugoslavia.

“Here it’s such a cultural mosaic, but everything is ghettoized into these cultural pockets. You have Little Italy and Little Bosnia,” said Drljaca. “In the workplace, there’s a lot of opportunities to interact with other cultures, but in many respects the majority [of people] in these communities are quite segregated.”

Aram Collier, director of programming for the Reel Asian International Film Festival, relocated to Toronto from San Francisco eight years ago, and holds a similar perspective on the city.

“Toronto is a great place with a lot of cultures and it does embrace the sort of multicultural ideals,” said Collier, who was in the same Master’s program as Drljaca. “But by the same token, you can have some comfort in being [cordoned] off with your community, so in a way you can exist within a community of your own without having to engage in the same way that people did in the past. There’s less pressure to assimilate completely.”

Collier receives hundreds of festival submissions a year and says that immigration and identity formation make up the narratives of many entries from the Asian community.

“It’s very different if somebody’s born here versus if they came here as a young person or even as an adult,” said Collier. “It makes a huge difference in terms of their own experiences and what they produce. I think at the same time it’s almost cliché to say so, but we are more connected than ever before to the countries we came from, or any of the cultures that our families come from.”

Like Drljaca, Althea Balmes was ten years old when she immigrated to Toronto from the Philippines. Last summer, the social anthropology graduate participated in Reel Asian’s Youth Summer Production Workshop, where she wrote and directed her first film, Suman Ladies, which follows the day of a Filipino immigrant who sells suman–a traditional rice-based dessert–in the streets of Toronto. The short film, based on a real life encounter, is a response to the stories Balmes says are missing among the Filipino community, even though the Philippines are the number one source of migrant workers in Canada.

“I personally haven’t seen enough work around the experiences of Filipino immigrants that highlights our creativity, our community, our empowerment and our pride as people, and in many ways we are kind of invisible in that way,” said the 25-year-old.

At first glance, the protagonists of Krivina and Suman Ladies seem starkly different, but each represents the steps taken to bridge a perceived void in the immigrant dialogue. While Drljaca approaches immigration more introspectively, exploring the traumatic effects such a transition can have on the psyche, Balmes focuses on one woman’s strategy to support herself in a new country while also keeping a tangible part of her culture alive.

“I had more of a memory of seeing immigrant stories that were happy and kind of promoting or encouraging Canada’s idea of multiculturalism, and there’s also the stories that are really heavy on the victimization and the struggles, but there’s nothing in between,” said Balmes. “The film talks a lot about the positive nuances of the culture or country that you’ve left behind, and how you’re reminded [of them] by the suman you can make wherever you go as long as there are the ingredients.”

Ultimately, what differentiates Krivina and Suman Ladies from mainstream immigrant narratives is the lack of neat endings. The tearful reunions and big breaks are markedly absent, and in their place is the understanding that life continues, simply because it has to. These young filmmakers aren’t looking to inspire or alarm, but rather reveal the quiet struggles of a newcomer, for better or worse.

Manori Ravindran is a Toronto-based journalist. Previously, she worked for the Vancouver Sun, National Post and The Globe and Mail. She currently writes about film for Metro, Exclaim! and the Post. You can find her on Twitter @manniehall.