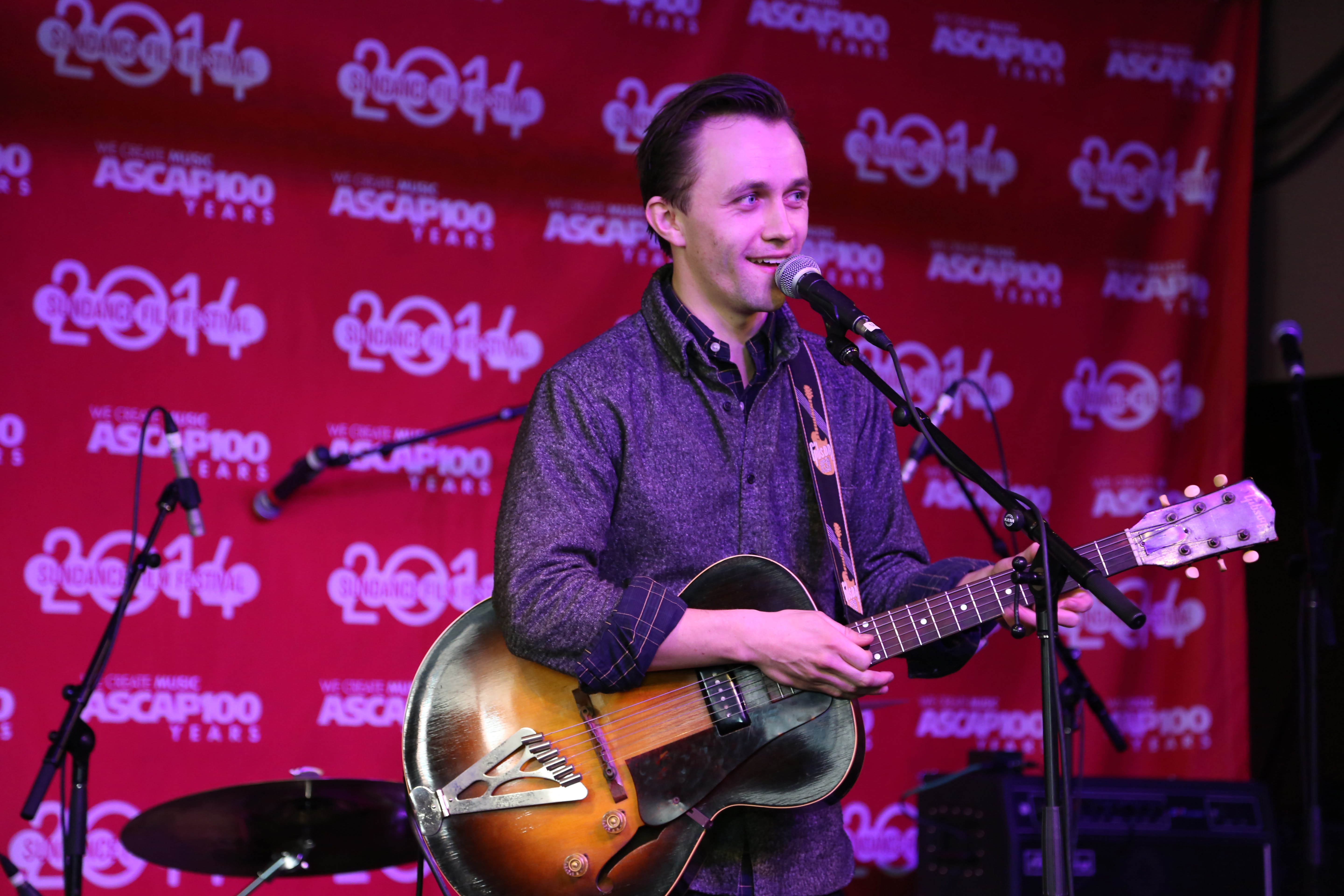 Inside the Sundance ASCAP Cafe green room, Jeremy Messersmith and his band warm up with persistent, luxurious harmonies. Despite my fascination with melodious repetition, my eyes target the blonde dude sitting easy by the window. His blue-eyed boyish looks defy all 31 years Wikipedia credits to his name.

“Sondre Lerche.” I offer my hand and we shake. “First things first: tell me am I saying it right?”

“And you are,” he assures me in broad baritone.

I shed my coat, turn on my recorder then blurt out something that could be taken wrong.

“For some reason, I’m always surprised that your range is so low.”

He isn’t offended in the least.

“You’re incredibly talented,” I manifest a knack for the obvious.

“Are you auto-didactic or did your parents want a Suzuki kid?”

“No. I don’t come from a musical family. I mean I always had encouragement but I had to ask my mom to sign me up for lessons when I was eight. And I almost gave up a few years later because applying theory to the stuff I played didn’t sound right or how I expected it should sound when it came out the other end. It didn’t sound like anything I was listening to . . . the way pop music sounds.”

“It did. My guitar teacher realized what I wanted and felt I had talent so he changed his entire technique.”

“I love your cover of Costello’s “Human Hands”. When you say you were digging pop music, you mean American pop?”

“I watched a lot of MTV in the early nineties when they played Nirvana back to back with Elton John and Euro dance. It was so schizophrenic. I started doing covers but didn’t want to be just a guy doing covers. I felt songwriters were the cool guys and so I started writing too. I didn’t even know if I could sing but who else was gonna sing these song that I wrote? So that’s when I started singing.”

“And you wrote the film score for this gothic film, The Sleepwalker by Mona Fastvold–also Norwegian. It’s premiering here at Sundance. Were you close friends before the start of this project?”

“Mona and I used to be married. So we’d had many intimate conversations about the film and that vision of what Mona wanted it to be. She had already directed several music videos for me so we’ve obviously worked together a lot. And because we were previously so close, I was intuitive and she trusted my ability to capture the desired effect for her work.”

“And is the process of creating music for a film that different than writing a compilation for a CD or for a concept album? Your score for Dan in Real Life feels so whimsical.”

“Yes. This was the first time I wrote music where I was simply the composer and not the performer too, so I was able to stretch myself in ways I hadn’t before. It was liberating in a sense.”

“But how do you create it?” I ask. “Do you watch footage with dialogue after the whole project is shot? Or do you just know the storyline and compose out of thin air?”

“We worked alongside the film crew,” he explains. “I was sent fresh clips daily and those scenes prompted my compositions.”

“And is the film well-received?”

“Yeah. We had our premiere last night and it was great to see people so attentive and willing to try to understand because the story is quite a puzzle—a meditation of sorts. It offers clues but not all the answers. It’s even bleak and at times a bit cold. There’s humor but it’s all below the surface. We made this film with our friends so it’s huge for us to be here at the festival and to see people digging in and engaging with it.”

The ASCAP manager approaches and indicates it’s time for Sondre to do a sound check.

“Two more questions?” I ask, and Sondre graciously agrees to it.

“If you were the lone survivor of civilization and down to the last 30 bucks on your debit card, what three CD’s would you want on your iPod?”

He grows contemplative and I wait.

“Burt Bacharach and Elvis Costello made an album together which made a lot of sense to me. I’d definitely want that. And My Bloody Valentine has a CD called Loveless, which is something I just discovered about ten years back but I could listen to that one endlessly. And I think if you’re stuck all alone, you almost need something instrumental without any vocals that tie you to someone else’s concrete emotions.”

He tosses his head back and forth.

If I’m surprised at all, I hide it well.

“America or Europe? Do you miss Norway and where would you prefer to live?”

“I like living in Brooklyn. And I’m over in Norway constantly because I’m involved in so many projects there. I go back and forth so much that I don’t really have to choose. But there’s something about being in a big context like New York and having the luxury of disappearing into the crowd. And then every once in a while you can stick your head back out and hope for a response.”