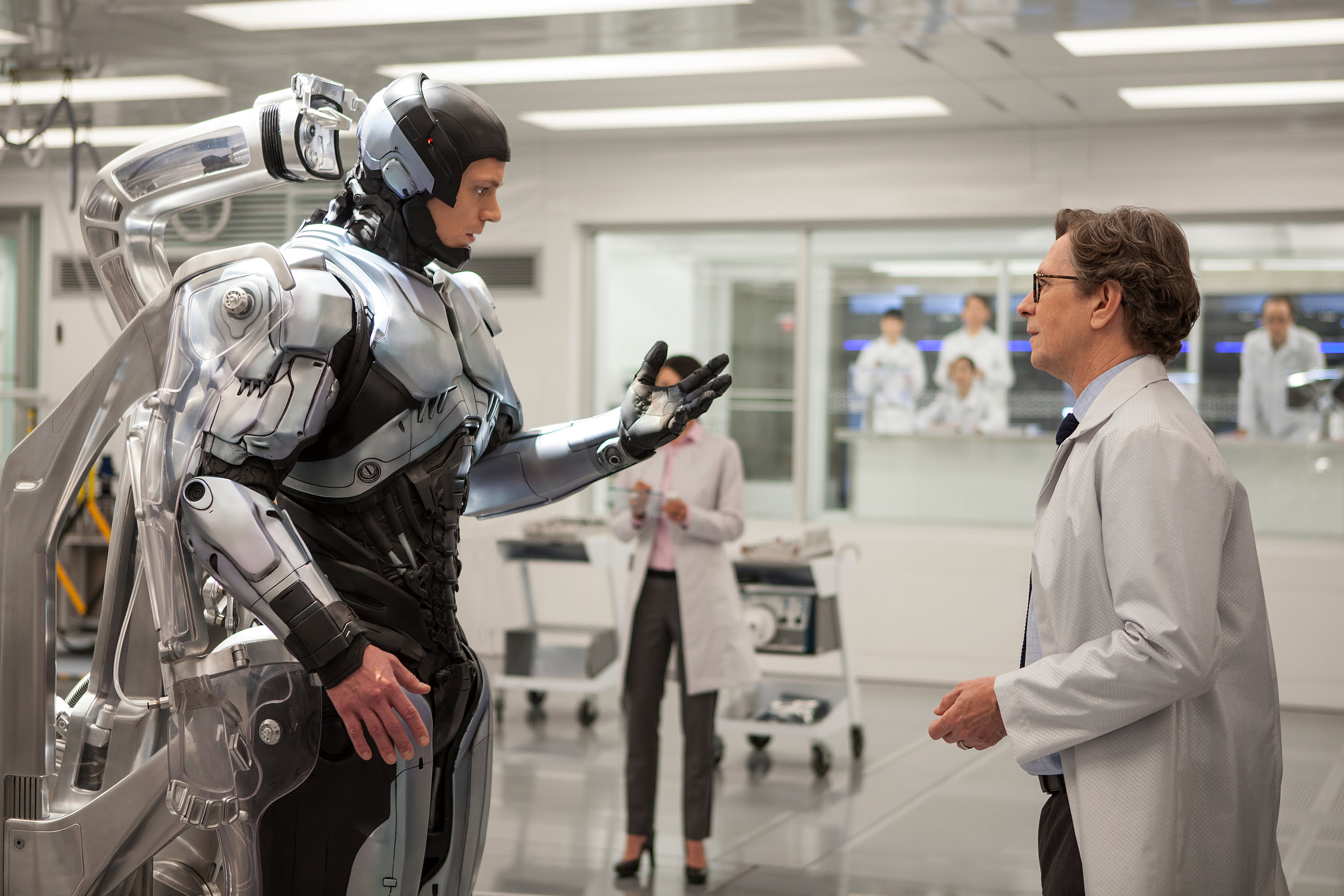 The idea of a RoboCop reboot made me nervous from the very beginning. How was a relatively un-tried director like José Padilha going to rebuild an icon from my childhood? Given the steady stream of film remakes over the last few years–both good and bad–how would this one stand up?

Back in 1987, RoboCop was a legendary action film, especially if you were a child of the 80s like me. Sure, the film was flawed by a script that read like a comic book, but the film was bloody and violent, in the best way possible, and more importantly, it was wildly original thanks to director Paul Verhoeven’s satirical vision of the future. This was no common action film–it took the style of the time and twisted it around.

Of course, I was still excited to see where Padilha might take this version of RoboCop and officer Alex Murphy, played now by Joel Kinnaman. After 27 years, it seemed like a remake could be interesting, as long as it didn’t fail entirely.

In the reboot, OmniCorp, a massive robotics company, is trying to find a way to bring robot soldiers to the streets of America to help inflate their bottom line. A strict “no robot” law, however, keeps them from directly putting robots on the street, so they find a way around the issue by attaching their robotic design with a police officer who is near death: Alex Murphy.

Nearly killed in an explosion, Murphy’s wife Clara (Abbie Cornish) agrees to allow OmniCorp to save his life with experimental surgery and custom robotics, but she doesn’t realize that the company is focused on their product, not the man inside of it. Once Dr. Dennett Norton (Gary Oldman) has his hands on Murphy, the goal is simply to make him a powerful machine that can do whatever they need.

Revolted by what they have done to him, Murphy finds resolve in his new abilities as the human-machine hybrid, but as the company pushes his personality beneath the programming, he has to fight to connect with his wife and son, while he is drawn to investigate the case that nearly got him killed in the first place.

The good news is that Padilha’s remake is ambitious, and it makes a point of trying to forge something original. This version of RoboCop is closer to the story of Frankenstein and his monster, in a way, than what we saw in the original film, which adds a slightly deeper psychological element that Murphy has to fight against throughout the film, while Dr. Norton deals with his own demons with the project.

Samuel L. Jackson satirical portrayal of pro-robot TV commentator Pat Novak is also a stroke of genius, and this RoboCop has an overall smarter story thanks to the script by Joshua Zetumer. Heck, this RoboCop also boasts far better acting than RoboCop version 1.0, even counting Michael Keaton as the villainous Raymond Sellars, the head of OmniCorp.

But–and of course there has to be a but–this reboot has no real atmosphere to speak of, and it’s generally just good all the way through–never great. Showing off a vivid and very realistic future, the world in this RoboCop reboot is kind of mundane, even when you throw in the crime.

In the broad strokes, this story picks up a lot of elements from Mary Shelley’s Frankenstein story and parallels the fear of science that we see in the book with a modern rendition of it as Murphy loses his sense of self within the machine. That fear of technology can also be seen as OmniCorp threatens to unleash their robot drones to patrol troublesome streets in America as well.

Where this film really falters–aside from the flat way it regurgitates lines from the original–is in the superhero tale that takes over throughout many scenes. Murphy might be a kind of monstrous creature who is fighting for his soul, but he is also the hero sent out to save the day from the bad guys, one and all, and in those scenes, we get standard fight scenes that only rarely leap in a new direction.

(As original fight sequences go, one scene does spring to mind as RoboCop takes on a pile of enemies in a dark warehouse, and the cinematography and effects in that scene are actually surprising.)

It’s also worth mentioning that the big reveal of RoboCop, from the 1987 version, is approached differently in the reboot, but it is both startling and shocking. In moments like this–and the new RoboCop has a few–it rises above the original. It will take a lot more moments like those if any sequel wants to leave a more lasting impression and secure a more impressive legacy though.