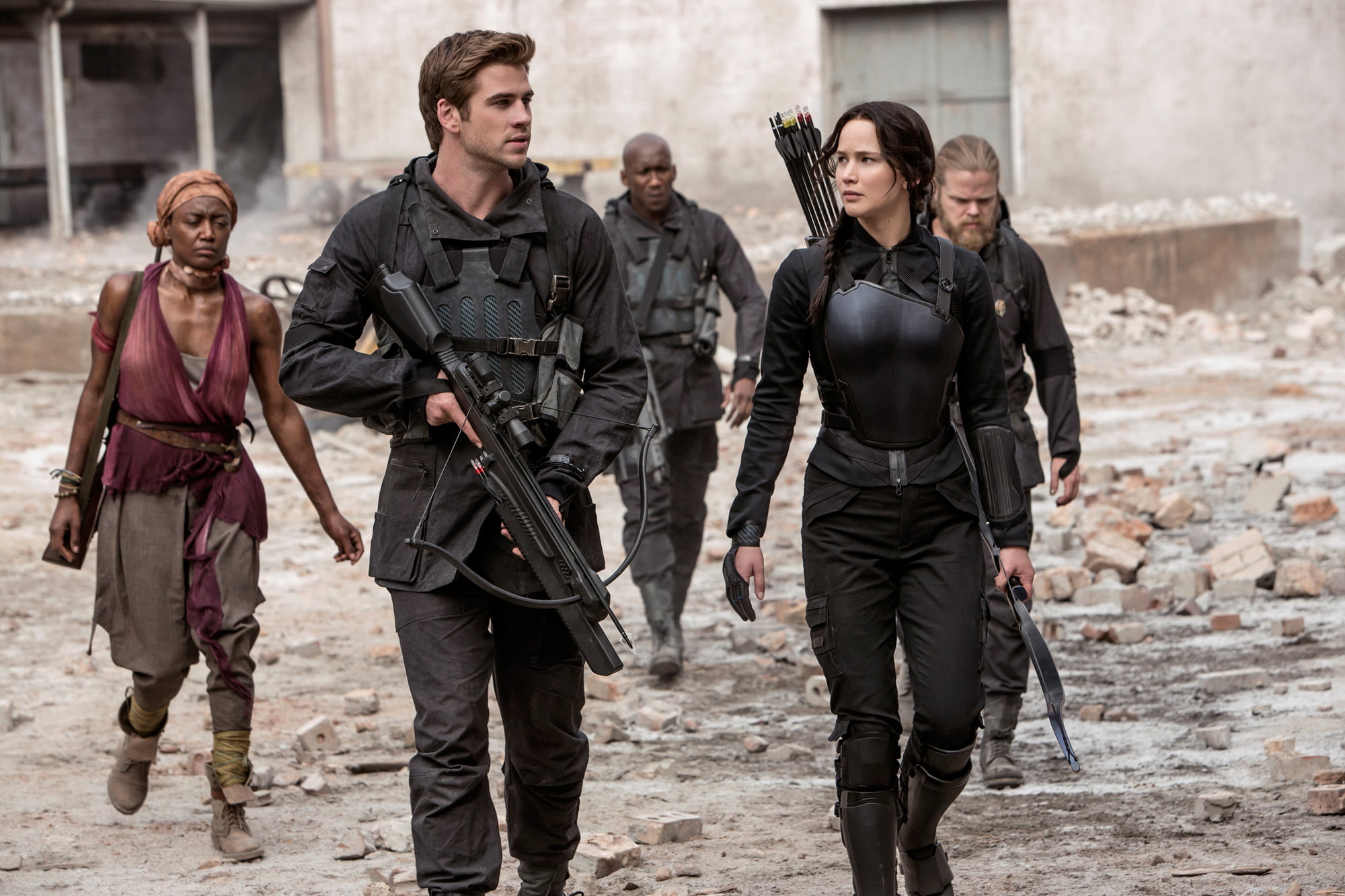 How much can a fan really expect from a film that is half of a novel’s story arc, and was made by the same director who brought us Constantine and I Am Legend?

While I enjoyed both of director Francis Lawrence’s previous work, I consider them flawed, guilty pleasures, even if some of the acting and emotion are quite good, particularly in I Am Legend.

For fans of the books or the films, The Hunger Games: Mockingjay – Part 1–an atrocity of a title–any review of the film is just amusing or irritating reading, and it’s not likely to change anyone’s mind, but for the rest of you, heed my warning: don’t expect too much yet, and you may leave the theatre a lot happier.

Let’s start off with the premise. We pick up in Mockingjay – Part 1 not long after the last film, with our hero, Katniss Everdeen, played again by Jennifer Lawrence, in the confines of District 13, which was thought to have been destroyed by the Capital but obviously survived.

Katniss has been caught by the rebels who are planning to use her as a tool to take down the Capital, and the vile President Snow (Donald Sutherland), who has been more than happy to put his iron boot down on the common people who actually make life in the heart of Panem luxurious and carefree.

But, Katniss is not interested in being their icon of freedom and rebellion, and all she can do is think about her friend, and maybe boyfriend, Peeta Mellark (Josh Hutcherson), who was left behind in the last Hunger Games battle and is now in the hands of President Snow. It will take convincing to change her mind, but that won’t be all that hard, really.

District 13’s President Alma Coin (Julianne Moore), is the franchise’s latest new addition, and her character is a cold, to-the-point leader who mirrors Katniss in her general unlikeability. Coin is using Plutarch Heavensbee (Philip Seymour Hoffman, in one of his last roles before he died) to help fit Katniss into their propaganda machine, while a very reluctant Effie Trinket (Elizabeth Banks) has joined in to help make Katniss look the part.

The film essentially boils down to dealing with the aftermath of the Hunger Games, and the terror that ensued in many places, and how District 13 and some of the other districts are fighting back while Peeta spouts off about anti-war sentiments on the television.

We see Katniss fly into battle, cry, try to help people, cry some more, and that’s about it, because there is not a lot going on in Mockingjay – Part 1. It’s an intermission before the big final act we’ve all been expecting since the first few scenes in the original Hunger Games film. That was abundantly obvious whether you’ve read the books or not, and now we’re forced to sit through this low point on the way to what will hopefully be a more uplifting and explosive finale.

And that is where this film fails so miserably. Mockingjay – Part 1 is dreary and dark and sad with very few moments to lighten the mood, and not a lot of action either. It feels like work watching it. The story arc, if you can call it a full arc, is complete, in the sense that it follows Katniss through her grief and separation from Peeta, but it’s not fulfilling. It tells a story, but it’s a fragment of something bigger.

My other complaint is with Katniss herself. I do not expect Katniss to be a superhero who flies into battle with no sign of emotion, and I do admire The Hunger Games for striving to show the effects of the horrors Katniss went through in the games, but she’s beyond a mess in Mockingjay – Part 1, and it’s hard to watch and listen to her sometimes because of it. If they had dealt with her grief in some way, or given her a few lighter moments, it might have made this film a little more watchable.

Here’s the final metaphorical punch in the face for audiences: the script has some fairly big holes in its logic, and I wasn’t impressed with the storyline.

For instance, there is a scene early on where Katniss returns to District 12 to see what happened there, and then she goes back again. I can only imagine they did this because it was like that in the book, but from the perspective of a film, it feels like we’re repeating a moment, especially since they shot the second scene almost exactly like the first.

In terms of the script, I think it’s safe to bet that, in the world of Panem, President Snow has access to some fairly terrifying and awful things, and I would count at least two or three times that he could have wiped out the entire population of District 13. The film says Snow loves using poison, so, when he has the chance to unleash that terror, why didn’t he? Or why didn’t he send them a virus through one of the obvious carriers?

He didn’t do those things (at least yet) because there would be no Mockingjay – Part 2 if he had. Perhaps that comes later, I don’t really know, but in this film it feels like he could have done it. Instead, Snow uses a weak but very Snow-like alternative “weapon” that adds great dramatic effect to the ending, but does not make much sense.

I enjoyed The Hunger Games, but that film was directed by Gary Ross, the same guy who wrote Big, and wrote and directed Pleasantville and Seabiscuit. I frankly don’t think that director Francis Lawrence is as talented a director, based on what I’ve seen to date, and while I liked elements of The Hunger Games: Catching Fire, and this film, I was jarred out of the experience more often than not.

It’s a tiny moment, but it says something to me that anyone thought it would make sense in this film to have Katniss pick up the cat that despises her and drop that animal in a bag and carry it around for however long it took her to get back from District 12 to District 13. It’s funny, and a quirky visual gag, and all I could think about it as I watched was the inevitable memes and parodies it should inspire. Katniss and her cat bag.

Katniss and the crowd

The Hunger Games: Mockingjay – Part 1 is not without its great moments, and cast, however, and I want to end on that positive note, because I think the film tried very hard not to be what it was before, and tried not to be like other teen adventure films.

For one thing, Elizabeth Banks steals the film out from anyone who shares a scene with her. Effie is funny and miserable, and wonderful. The great Philip Seymour Hoffman was also wonderful in the film, for the few scenes he was in, and it’s sad to realize it’s one of the very last times we’ll see him in something new.

Donald Sutherland is not in this film a lot either, but he takes what is otherwise a standard villain and brings out the subtle nuances of what makes this character so evil and despicable.

Finally, there’s Jennifer Lawrence, who does her best with what I consider to be a poorly-written (or half-written) character this time, and some bad direction. Jennifer Lawrence continues to make Katniss a character we can admire and respect, even if we hope she finds some happiness and stability, and picks one of the boys she’s stuck between and finally gets to relax and stop killing people.

The Hunger Games: Mockingjay – Part 1 is in theatres now. 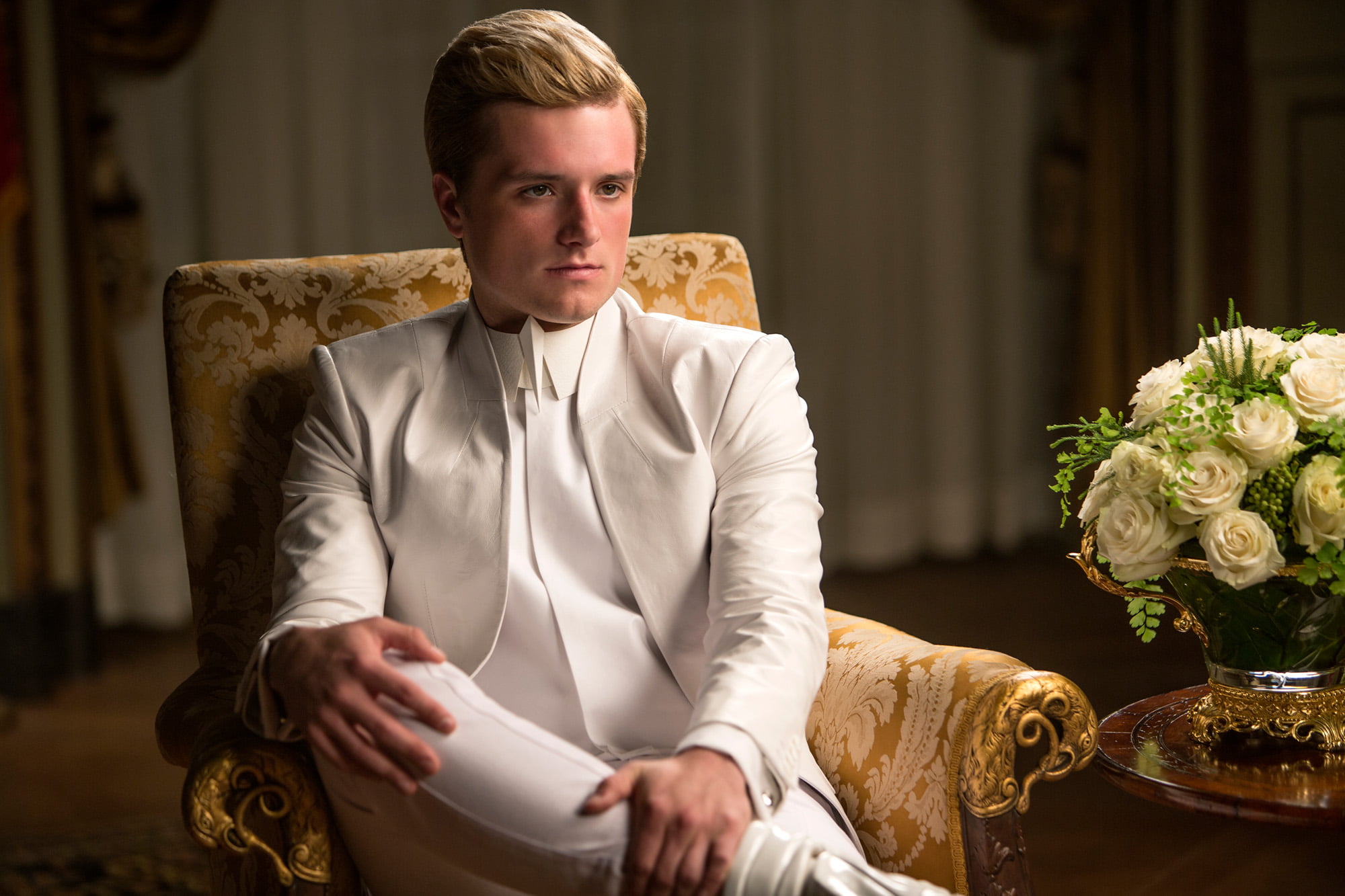 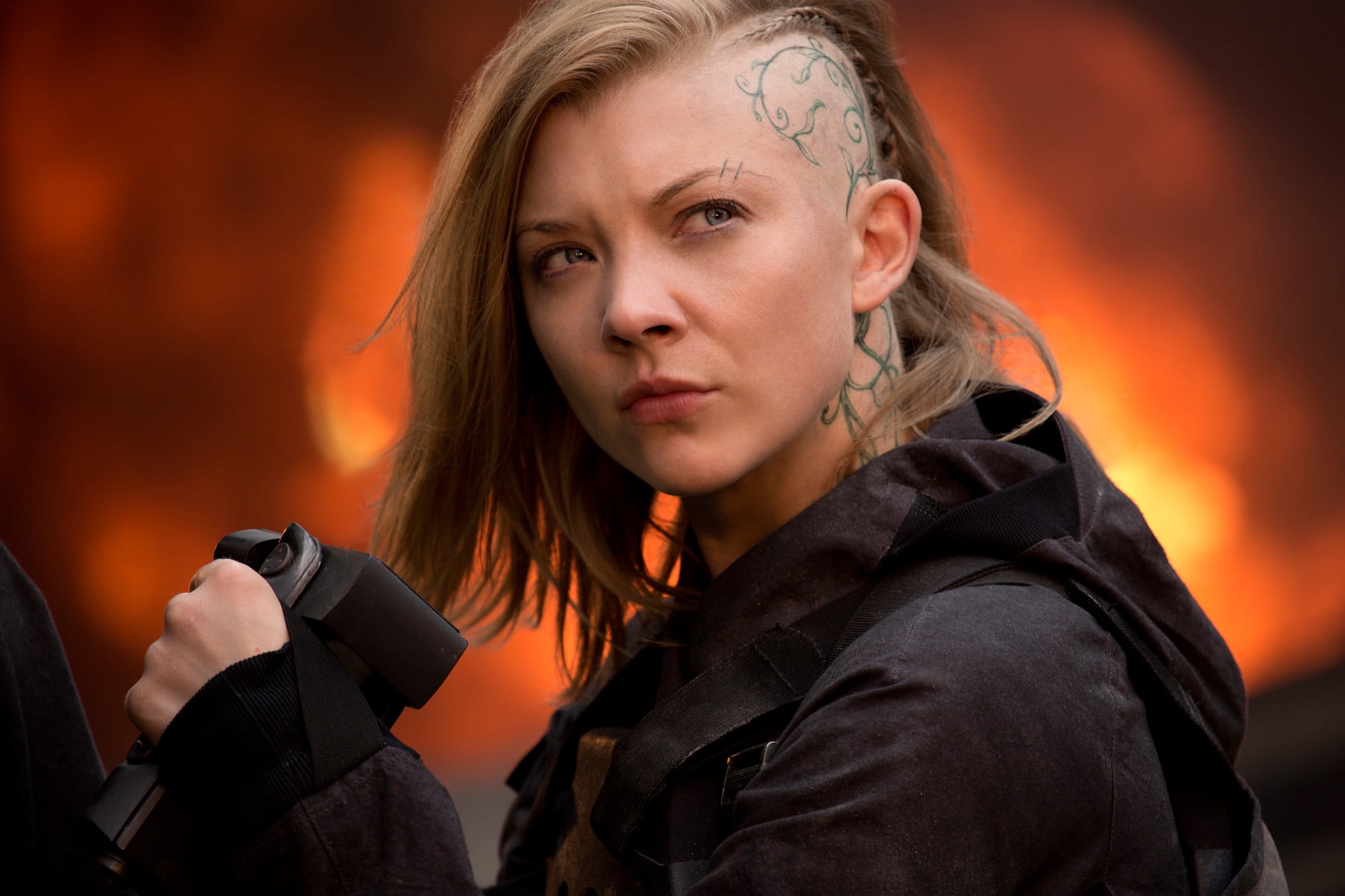 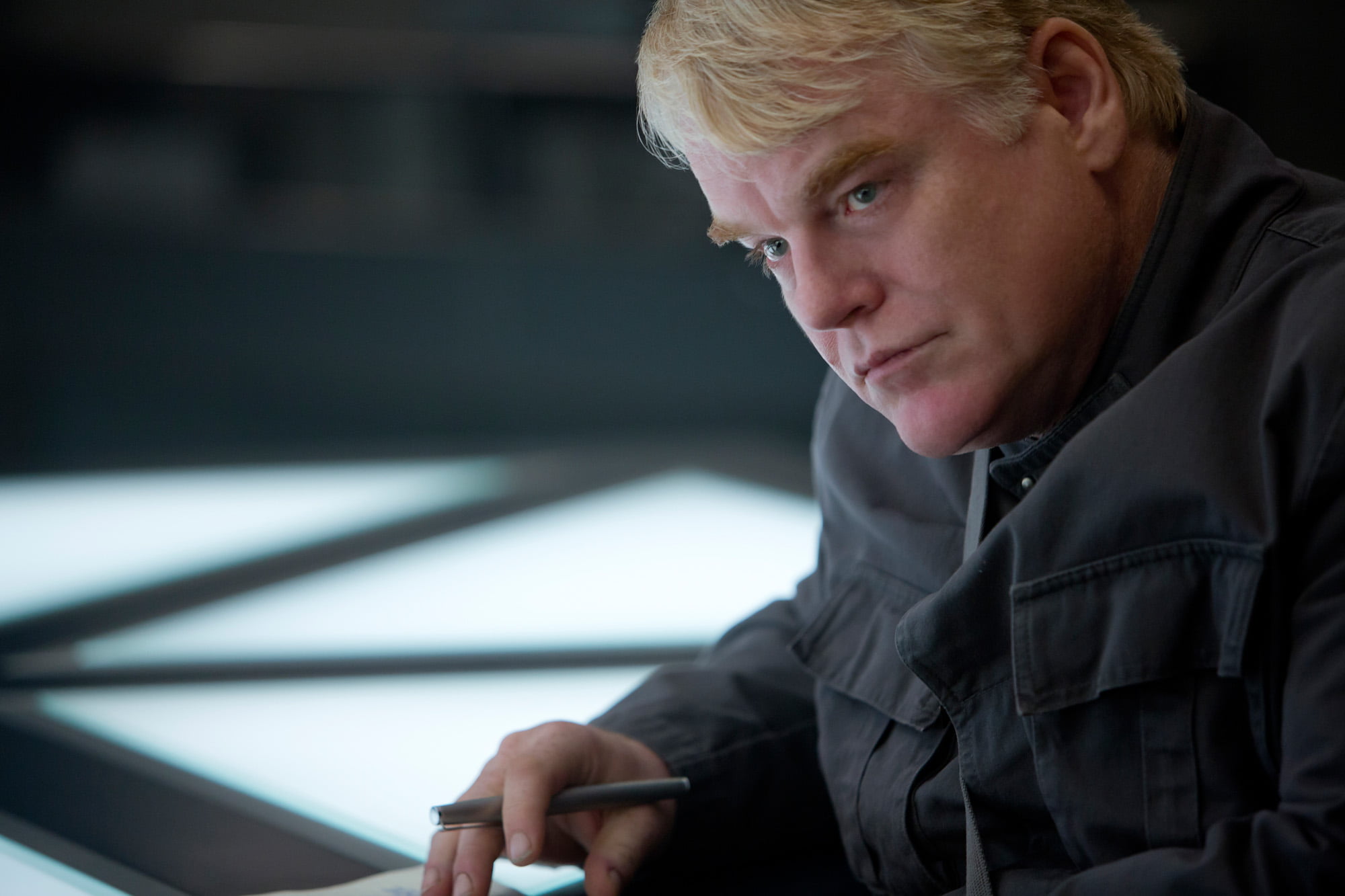 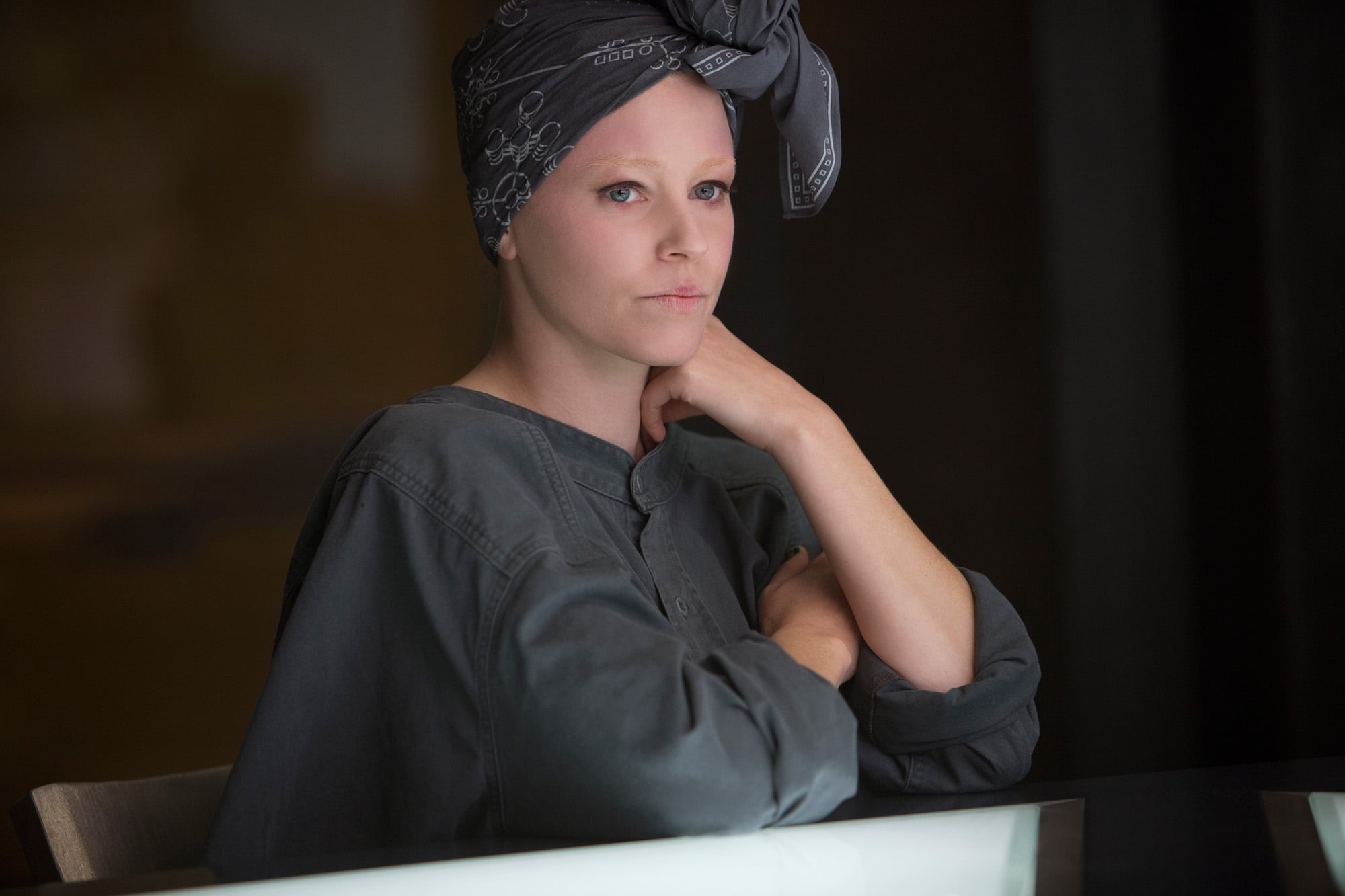