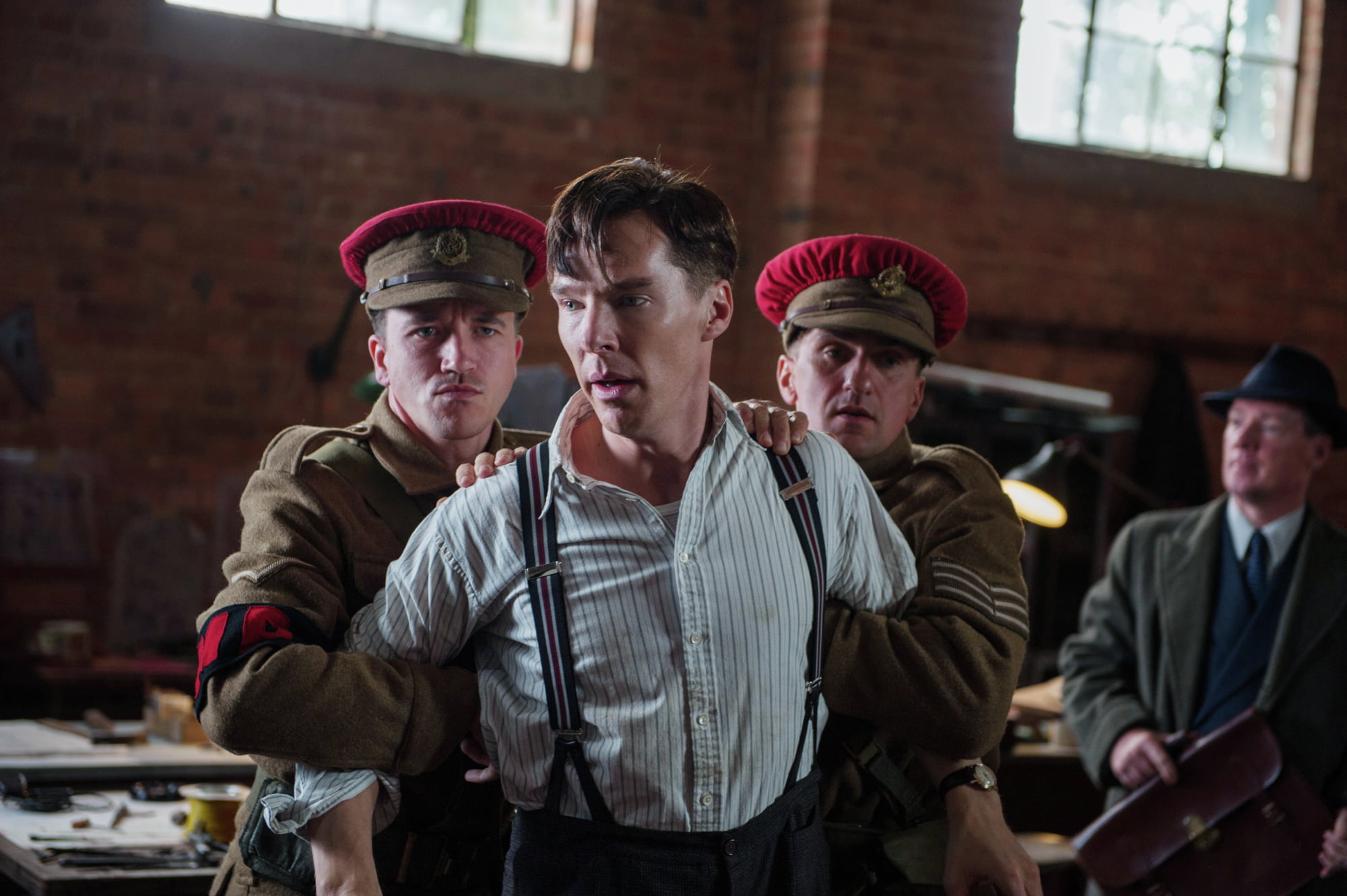 Alan Turing is one of the geniuses who helped bring an end to the Second World War, thanks to his efforts with early computer science that were used to decrypt Nazi communication, but his life was a mix of troubles and triumphs, to say the least. During an era when society was fanatically homophobic almost universally around the world, as a gay man–even one serving great science–Turing was ultimately given radical treatment as a punishment for his sexuality just a few short years after he helped serve his country.

In truth, the treatment would only serve to torment him during his final days.

Honouring the man, and shining a light on his final days in their film The Imitation Game, director Morten Tyldum and actor Benedict Cumberbatch, who plays Turing, were on hand this year during the Toronto International Film Festival to talk about making the film.

Cumberbatch had been promoting the film most of the day when I met him, but he was a perfect gentleman as he talked about the film and stepping into Turing’s story. Because of Turing’s tragic life, however, Cumberbatch was very sombre as he spoke about the man’s treatment both during and after the war. Here’s what he had to say about Alan Turing and The Imitation Game.

The Imitation Game is out in theatres in Toronto today, and opens across Canada and the United States on December 25.

Question: Playing a real person, what pressure is there on you?

Benedict Cumberbatch: “Well, to be honest, there are amazing biographies–these really detailed accounts of what he looked and sounded like, and moved like. Not really detailed, but enough–enough to pin some hunches on and work with and there were some people that I met who knew him–his nieces, and one colleague I had talked to who had worked with him in Manchester.”

“So, you get to piece-together a picture, and then the thing is how much of that you can fully realize in your interpretation. His stutter was very, very, very severe and would often launch his voice into a very high, high pitch, so we had to curtail that a little bit.”

“That’s the heartbreaking thing about it. The further you investigate someone, the nearer you get to understanding with them, the further you often get away from how you play it.”

“But, you know, Graham [Moore]’s script did a lot of the heavy lifting anyway. Both for his intelligence and for his behaviour and who he was. You know, someone who is unapologetically different because the world had kind of conditioned him that way.”

“I don’t think he owed anyone an apology. He was never rude about it, and he never martyred himself about it, but he just kind of did get on with things and in his way.”

“And while that’s sort of amusing and intriguing and baffling and slightly irritating or seemingly confrontational in the first opening scene with [Commander] Denniston, I think, by the end of the film, you understand that this is a man who suffered so many shocks and bruises, and maltreatments, that–the person you met at the beginning of the film–you understand why he was the way he was once you see him as a child–a bullied child–with a terrible stutter who made a great friendship and had the love of his life then ripped away from him. And the one person who actually supported him and understood him… and you can go even further back from that.”

“He was fostered from birth to being four, and when his parents returned from the diplomatic [service] they discovered their son had a stammer. A child with a stammer in that era, that’s a huge, huge, huge disability, and I think it would have hampered any effort to have a normal, easy, social bonds and interactions that you should do with a child at that age.”

“So, as a person who’s introverted and seemingly selfish in his working methods, and doesn’t look people in the eye, a little bit guarded–he’s not autistic, he doesn’t have aspergers, he’s just someone who’s been conditioned that way. A very sensitive soul who’s battered about on life’s cruel sea pretty harshly and appallingly by the end of his life, to the point that the only protest he had left was to give up his life. There was nothing salvageable of who he was, and everything that was lovable in his life–that he was allowed to love and be passionate about–which was his work, solely because of this intolerant society of conformity and McCarthy-ist levels of paranoia about homosexuality being a complete link with communism–meant that he could only do his work, and when the estrogen took effect of his mind and his body–a very physical man, both an athlete and as a gay man with an active sexual life–he had no understanding or control over himself any more. He was so far from the person he was before the treatment that he was desperate to do something about that.”

“There was a slow-release device he was given because the doctor was embarrassed about giving him weekly injections, so it was implanted in his left hip. He, at one point after the two years, talked to one of the people I talked to–a lab technician in Manchester–who said, ‘I remember he was so generous, warm, funny and I asked him how he was and he told this story about the doctor and this injection, and how he was embarrassed about having to do it week on week, and they gave him this device that would release it with his metabolism’… and this obviously was to cure him, in big inverted commas, of his sexuality. And it kept on releasing after the two years, and he told this technician, he said, ‘It’s not really cricket, is it?’ and walked off.”

“And in reality, one night, he picked up a carving knife and tried to gouge it out of his body. That, to me, speaks of a man who’s lost everything, who is trying desperately to salvage who he was, and couldn’t. Even in the midst of that he was doing extraordinary work with morphogenesis–the study of cellular mutations and adaptations due to environmental stimulus. A very extraordinary, resilient man, but I think he just reached a point where he couldn’t perform any part of what he was as a human being. He wasn’t allowed to love men. He wasn’t able to do his work. He was lost, and so I think death was his only option.”

Q: British Prime Minister Gordon Brown and the Queen of England issued posthumous public apologies, but why do you think it took so long and was it on your mind during your performance?

Cumberbatch: “Yeah. Yeah. It made me very angry. Because one of those two institutions should apologize, and the only person who should be offering any kind of forgiveness is him, and he’s dead. He can’t forgive the idiocy of the time. He can’t forgive the government, and democracy, and people who he actually liberated and helped from fascism, dictatorship and Nazi rule, and for persecuting him because they didn’t understand him. They didn’t understand differences. They were fearful of differences. Like all hatred.”

“And it’s all out of ignorance, and you see it going on now with nationalism in Russia and the homophobia there… gay men being beaten up [in many countries] in public squares at night. [It’s] this sort of fundamentalism where anything that is deviant from their conformity is punishable by death.”

“It’s terrifying, and it’s not a history lesson. This is something that is still going on. And it’s right that the two institutions apologized and I think it was grossly late in the day, and, in a way, only galvanized by the fact that it was the centenary year after his birth. He was a healthy man. God knows he might still be alive, but we’ll never know…”