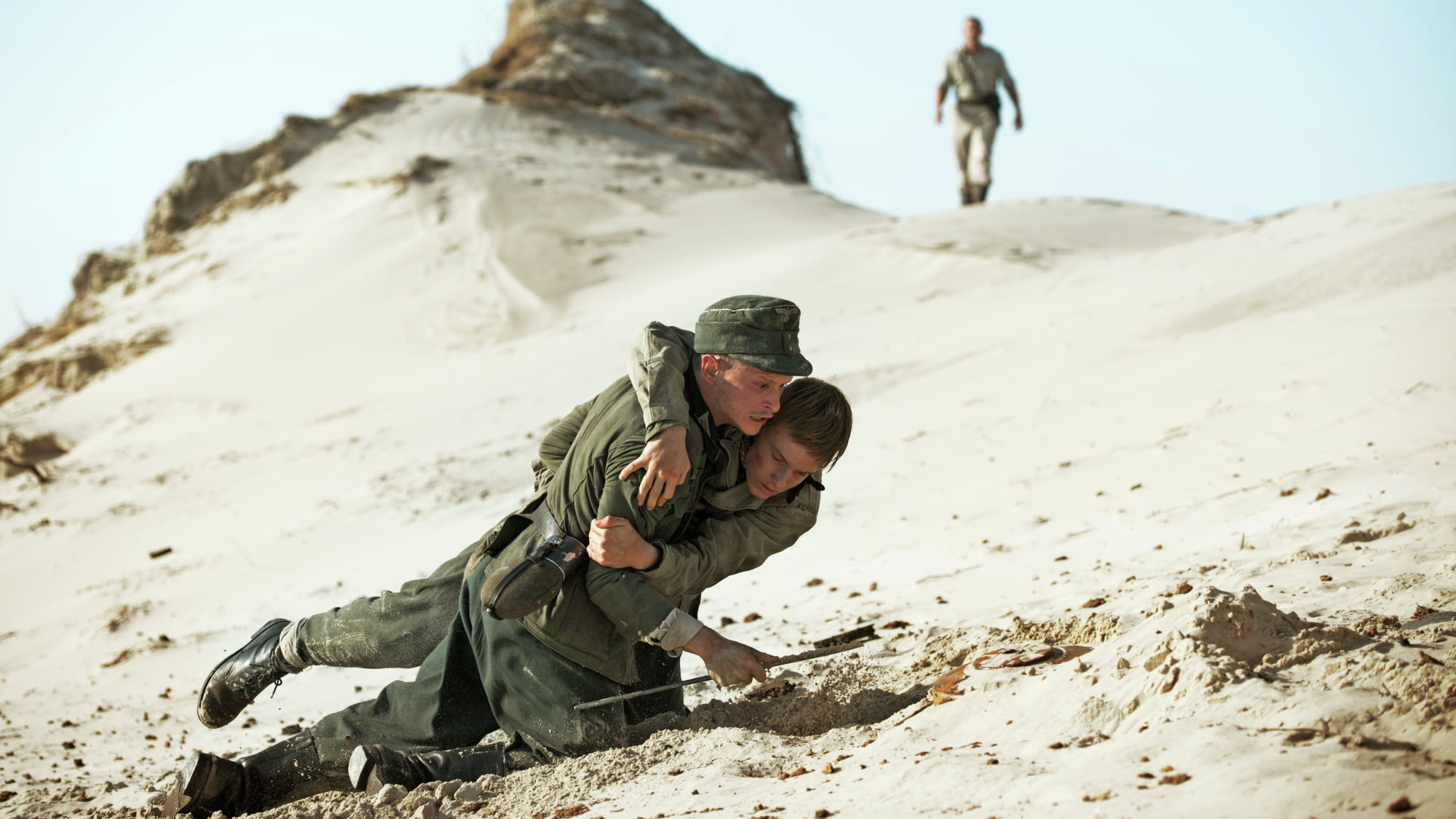 The 2015 Toronto International Film Festival will deliver hundreds of films for cinemaphiles before it wraps up on September 20, and I have been trying to watch as many films as possible to give you a sampling of what’s unspooling this year. Here are fives reviews to get you started: February, Into The Forest, Land of Mine, Miss You Already, and Remember.

February
Rated: ★ ★ ★ ½
“Vanguard is Midnight Madness’ cooler, older sister,” TIFF programmer Colin Geddes often says, and never is that more abundantly clear than in Osgood Perkins’ February. The film is tenebrous and difficult for the first half of the story before the real cause and effect starts to clarify. Perkins feeds the audience plot points with miserly care, all while the film’s deep, dank mood turns ever more claustrophobic.

This works to the film’s favour since the story, at its core, is simplistic, but the way in which it’s told is bold and imaginative. Leads Kiernan Shipka, Lucy Boynton, and Emma Roberts deliver fraught performances, and Osgood takes careful time with each of his stars, giving their characters time to evolve and ultimately face their next horror.

Into The Forest
Rated: ★ ★ ★ ½
The future has never looked quite so green, and in director Patricia Rozema’s Into The Forest, the environment is paramount, excepting only the characters, who stand tall as they face what could be the end of society as we know it.

Ellen Page and Evan Rachel Wood star as sisters who suddenly find their small little home in the woods thrust into darkness, and silence, as the power grid fails across North America. It doesn’t really matter why any of that happens–the film is really about what the sisters do next, and that’s what makes Into The Forest so fresh and exciting. The film nurtures their story, sows doubt, and then reaps the consequences with an ending that feels right on every level. While I can’t speak to the film’s success as an adaptation of the book, its a joy to watch.

Land of Mine
Rated: ★ ★ ★ ★
Martin Zandvliet’s Land of Mine is a profoundly moving story that delves into a little-known aspect following World War II. When the dust had cleared from the war, German POWs were forced to clear hundreds of thousands of landmines along the coast of Denmark, and the loss of life was incredibly tragic as these young soldiers did their best to keep the touchy devices from going off in their hands.

The entire cast is wonderful, but Roland Møller as Sgt. Carl is particularly incredible with an arc that is complex, bright, and terrible. His chemistry with the cast of young actors is often what binds the story, and makes it believable, but the script is incredible, and proves why the festival picked it for their new Platform programme.

Miss You Already
Rated: ★ ★ ★
The story is familiar, and so are the characters, but there’s also something very refreshing about Catherine Hardwicke‘s touching and funny new film, Miss You Already. The chemistry between Drew Barrymore and Toni Collette is charming as they play long-time friends Jess and Milly, respectively, and it’s that energy between the two actors that makes the film work so well, naturally.

We follow the duo as they deal with evolving troubles over the years, but it’s usually Milly’s story that leads the narrative, whether Jess accepts that or not, and that naturally leads to trouble.

Film lovers will be familiar with this story, but in the telling, it’s impossible not to fall in love with Collette’s Milly. She’s dazzling, and fiery, and even as Milly makes her mistakes, she’s mesmerizing as only Toni Collette can be.

Remember
Rated: ★ ★ ★ ½
It has been a number of years since director Atom Egoyan has crafted such a masterful story, but in Remember, it feels like a true return to form for one of Canada’s best known directors.

Christopher Plummer stars as Zev, an elderly gentleman who has escaped his care facility to hunt down the man that killed his family all those years ago in Auschwitz during the Second World War. Suffering from constant memory loss and confusion, Zev faces many challenges while the need for revenge burns inside of him, even as he faces his frailty, and misses his wife, who recently passed away.

Co-star Dean Norris gives an intense performance that acts as a turning point for the film, and it’s through his character that we come to see some of the horror that would have existed during the war. Admittedly, some of the writing is a bit transparent, but Egoyan deserves a lot of credit for this tense, well-wrought story.