“It’s been an incredible journey,” director Andrew Cividino admits. Ever since his film Sleeping Giant debuted at the Cannes Film Festival in 2015, it’s been very well received everywhere its been, from the Toronto International Film Festival, to the 29 countries and 45 festivals where it screened around the world. Then, the indie success story topped itself thanks to Toronto audiences who recently helped the film earn North America’s highest film per screen average during its opening weekend.

“I think, when I started out, I wasn’t sure how people would respond to it. I worked so hard on this film and I really believed that we made something special, but you don’t know if people are going to connect with it. So, I think, bringing it out to the world, it was a very nerve-wracking experience,” Cividino said.

“It has been so positive,” the director said though, after all the accolades, “that, I feel like the pressure goes off… and [I] can speak more candidly about it.”

As the film continues to open across Canada, it’s finally time for the rest of the country to see this fantastic coming-of-age story that follows three teenaged boys as they bond and break apart during one tumultuous summer in Thunder Bay.

Featuring compelling characters, beautiful cinematography, and storytelling that feels hyper-real, Sleeping Giant is certainly one of Canada’s best films in recent memory. It’s impossible not to be drawn in by the film’s three stars: Jackson Martin, Nick Serino, and Reece Moffett.

Watch the interview as Cividino speaks about the success story, the actors, the roots of the film, and what comes next as he works on his next big-screen projects.

Sleeping Giant is out now in theatres in Toronto, Vancouver, and Montreal. The film opens on April 22 in Calgary, Edmonton, Thunder Bay, Victoria, Halifax, and St. John’s, followed by more cities across Canada on April 29. 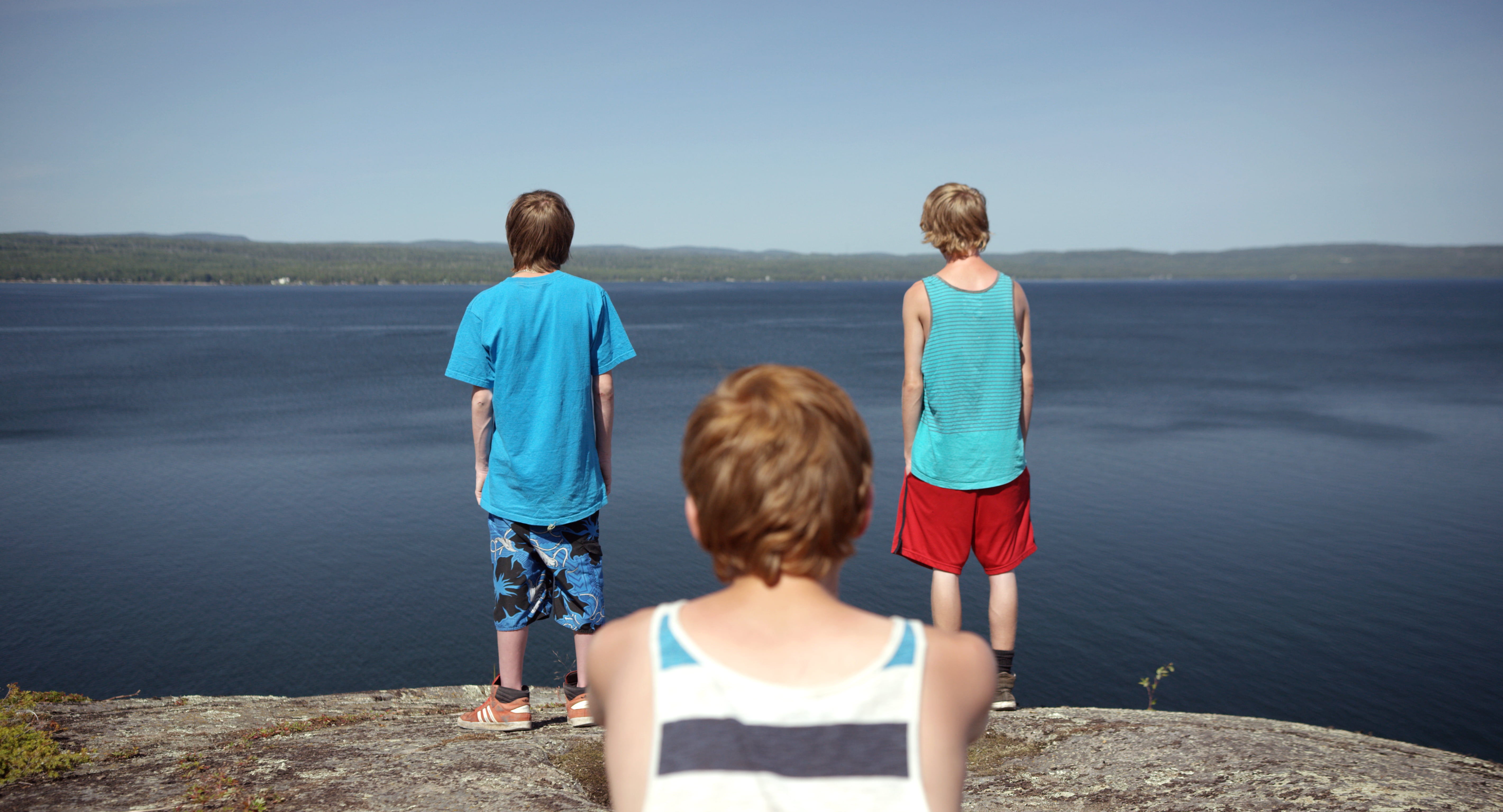