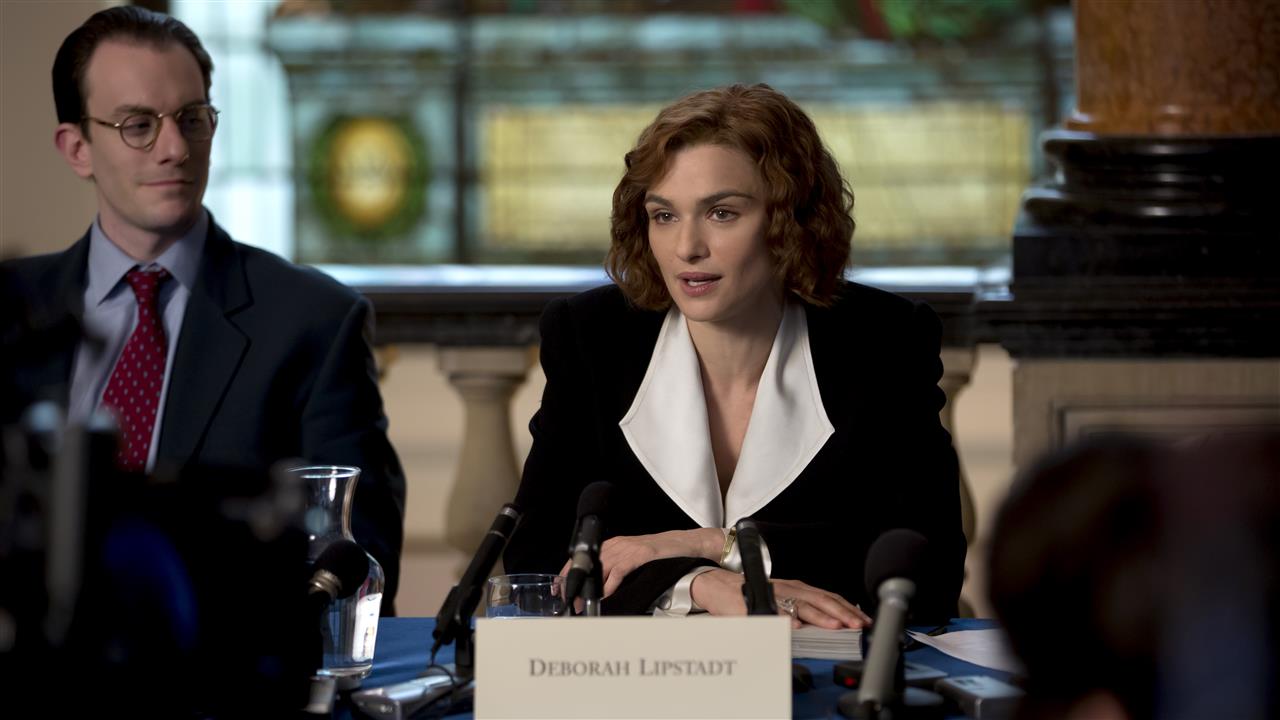 Based on actual events, and reminiscent in the storytelling of last year’s Spotlight, Denial follows professor Deborah E. Lipstadt, played by Rachel Weisz, as she faces off against Holocaust denier and “historian” David Irving, played by Timothy Spall, in a case of libel that went before the British courts.

The film is often dry, but nevertheless arresting, and it will absolutely make you feel outraged over the injustice early on, and the reach of Irving beyond any logic or sense. Weisz offers a slightly difficult-to-palate accent, but otherwise a solid performance, but I found myself drawn most to Tom Wilkinson as Barrister Richard Rampton, and the often comical Andrew Scott as attorney Anthony Julius.

The simplicity of the film’s plot is almost comical: Sasha Lane plays Star, a runaway who joins up with a wild group of teenagers who drive from state to state, city to city, selling subscriptions to magazines that everyone admit no one will ever read.

Star gets dragged in to the group when she immediately falls for Jake, played by Shia LaBeouf, in a store, and follows him around, but Jake is tied up with the group’s leader, Krystal, played by Riley Keough being a total badass.

The plot and story is incredibly thin, but director Andrea Arnold has captured something mercurial here, with a vivid palate of characters, and some of the best cinematography of the year courtesy of Robbie Ryan. It’s a long film, but it’s remarkably driven and it feels like walking in their shoes.

Director April Mullen is an incredibly talented filmmaker, and I admire her greatly for making Below Her Mouth, which featured a team of women behind the camera. Natalie Krill and Erika Linder star as two women drawn together in a love affair that is electric and seemingly unstoppable.

However, Below Her Mouth is not quite as powerful as it should be based mostly on a script and dialogue that I found a little light. The film, and by consequence the relationship on screen, lacks the depth I would have liked to see, but the chemistry between Krill and Linder does work, and that’s enough to carry a lot of the mood and energy, especially since Mullen seems to have such a knack for creating powerful scenes, tension, and mood.

Actor-turned-director Ewan McGregor chose the right material for his directorial debut, but many of his choices otherwise seem to be flawed. Adapted from the novel by Philip Roth, American Pastoral is the story of a man trying to come to terms with what happened to his daughter during the social turmoil of the Sixties.

McGregor leads his film as Swede Levov, an all-American dreamer, with everything going for him, who finds himself with a daughter who barely agrees with him on anything. When she disappears, leaving all kinds of questions, it looks like she may be doing more than protesting her parents–she may also be behind a bombing in their small town.

What follows is a messy story that has some spectacular moments, but more often, some cheesy ones. The tone is all wrong, more often than not, and the direction feels lost. McGregor handles some of his own scenes well enough, but when his character is not on screen, many scenes seem to suffer.

The look and feel of the film though are spot on, and I hope McGregor will try again, but this effort felt drawn together from better sources.