Cause for ‘Panique’: 5 Classic French thrills at TIFF this summer

All season long TIFF’s Summer in France theme brings classic films back to the big screen, including comprehensive retrospectives of supremely influential filmmakers like Olivier Assayas and Jean-Pierre Melville. In addition to those series, TIFF Bell Lightbox plays host to a wide array of unique visions, hidden gems, and auteurist masterpieces in their Cinematheque sidebar screening series Panique: French Crime Classics (starting this Thursday at 6:30 pm with a screening of Louis Malle’s sleek and genre bending Elevator to the Gallows and running through September 3rd). While the series title suggests a lot of hard-boiled, lurid thrillers (and there are definitely some of those), this TIFF curated series of films delightfully stretches the definition of a “crime classic” or “thriller.” Running the gamut from human drama to political allegory to parody to horror, this series has something for every taste. Here we take a look at five must see classics to check out this summer. 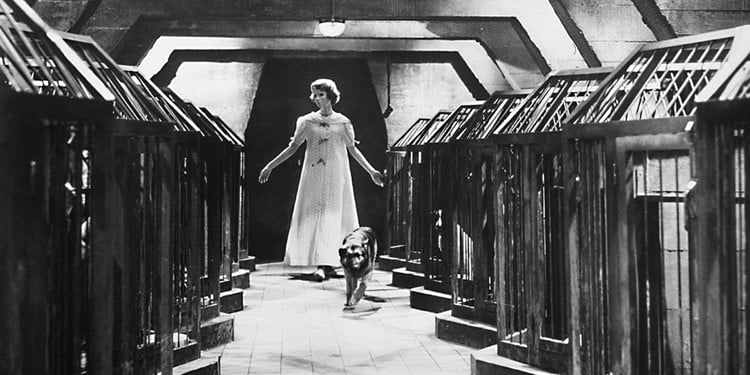 Eyes without a Face

Less of a crime thriller and more of a gothic, unnerving horror film, Georges Franju’s Eyes without a Face routinely shows up on lists of the most terrifying films ever made. This story of a mad doctor (Pierre Brasseur) kidnapping young women in an effort to give his deformed and depressed daughter (Edith Scob) a new face feels like something Edgar Allan Poe would have crafted had he lived in the twentieth century. Narratively straightforward, never sleazier than it has to be, but surreally realized and paced like a dream, Eyes without a Face is one of the most artistically accomplished horror films of all time. If you enjoy this one, be sure to check out Franju’s equally Poe-etic (and rarely-screened-in-Toronto) Judex when it screens at the Lightbox on September 2nd at 6:30 pm and marvel at the filmmaker’s mastery of the suspenseful form. 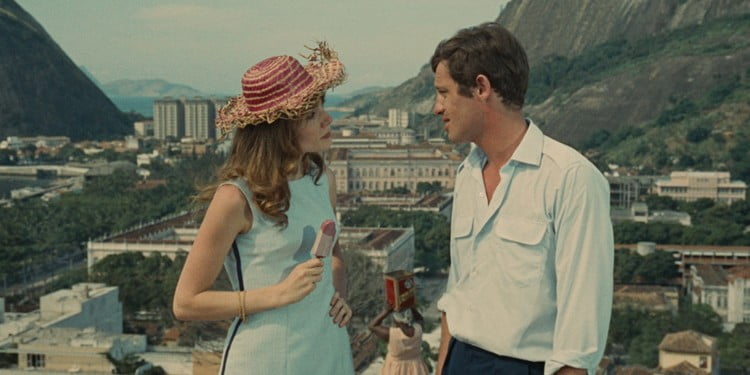 That Man from Rio

More fun than any blockbuster currently in theatres and one of the most joyous ways to spend a couple of hours this summer, Philippe de Broca’s recently restored 1964 swinging action-caper-comedy is the definition of an underrated gem. Garnering an Oscar nomination for best screenplay, the story casts French legend Jean-Paul Belmondo as a French Air Force pilot on leave that gets unwittingly caught up in a major conspiracy involving a pilfered ancient Amazonian artifact following the kidnapping of his lady love by some shady types who have absconded with her to Brazil. Constantly hilarious in a way that balances Bond-esque camp and real stakes, That Man from Rio is so overwhelmingly satisfying that it has found fans in viewers of vastly different temperaments, from literary critic Roland Barthes (who once famously gave a lengthy lecture on the film) to Steven Spielberg (who found large swaths of visual inspiration for the Indiana Jones series and The Adventures of Tintin here, despite de Broca liberally cribbing from actual Tintin comics for this film). But the biggest attraction here is in seeing one of Belmondo’s best performances. Attacking the film like a goddamned force of nature and doing all of his own jaw-dropping stunts (some of which Jackie Chan in his prime would have thought twice about), Belmondo’s swagger and comedic timing makes an already fun bit of summer escapism into an entertaining masterwork. 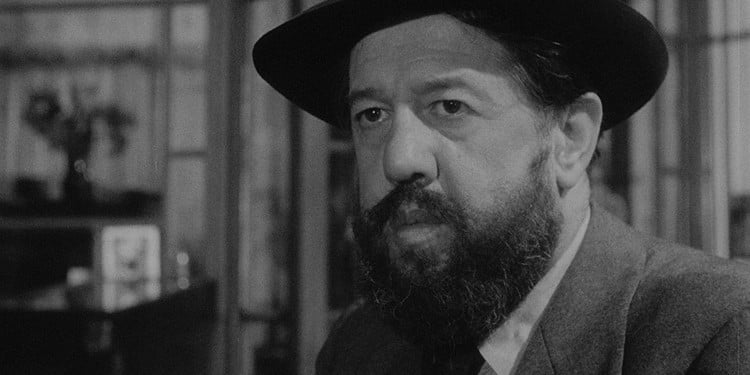 TIFF’s summer series takes its name not only from a feeling of overwhelming unease, but also from Julien Duvivier’s prescient 1946 post-war drama. Michel Simon balances audience sympathy and unease as an awkward, leering, lonely voyeur who becomes the key suspect in a small town murder investigation. Panique cleverly escalates from a film about dangerous, manipulative people playing a mounting game of cat and mouse (this time happening after a murder instead of before) into a seething critique of mob mentality that makes the film play even better today than it did upon its initial release. Of the films screening in this series, Panique has depressingly aged better than the rest of the lot. If you see the film, you’ll know immediately what I mean by that, and if you like Duvivier’s work here, his better known Deadlier Than the Male (Sunday, July 30th at 5:45 pm) and his more controversial post-WWII effort Pépé le Moko (Saturday, August 19th at 6:30 pm, screening for the first time in Toronto in over twenty years) are also a part of this series. 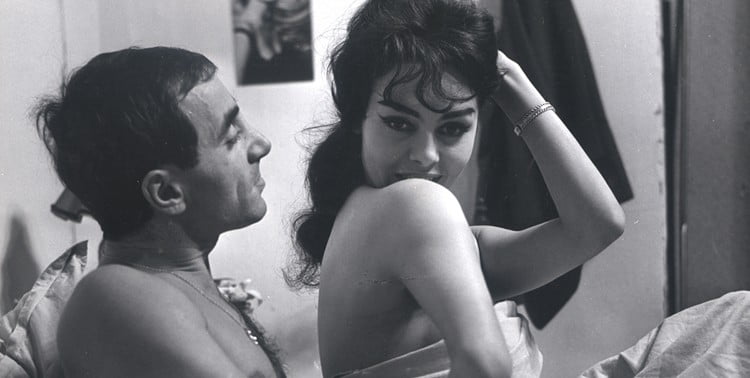 In addition to the inclusion of multiple films from noteworthy French filmmakers like Duvivier and Franju, this series features more than its fair share of instantly recognizable auteurs who are represented by some of their best works. One of the best, but curiously less remarked upon efforts of François Truffaut, 1960’s Shoot the Piano Player, should be a textbook for any filmmaker wanting to revel in thrilling excess. Slapping together more ideas, genres, and styles than an 80 minute film should be able to handle, this tale of a depressed pianist mixed up in a kidnapping and murder plot should be as messy as an acid fuelled jam session, but instead it transitions so swiftly through its own changing set of moods that the results are positively symphonic. It’s unruly, daring, and one of Truffaut’s best composed efforts. 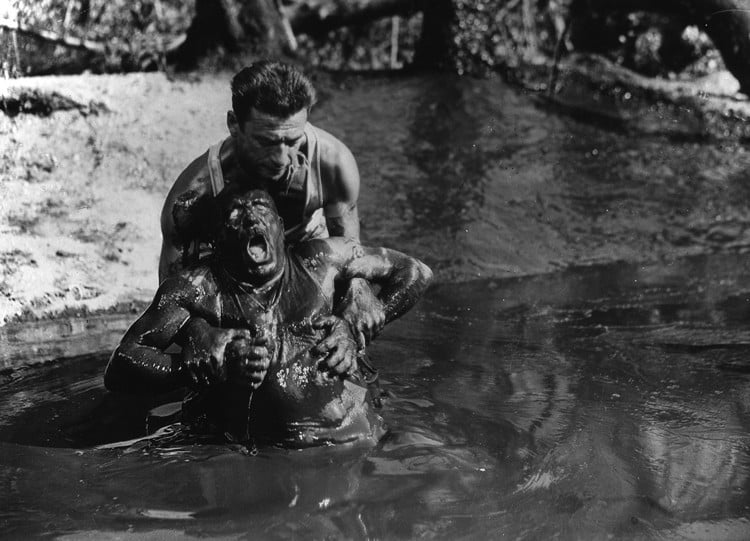 The Wages of Fear

Another filmmaker who’s unsurprisingly represented well in this series is Henri-Georges Clouzot. While his playful directorial debut The Murderer Lives at 21 (Friday, September 1st at 6:00 pm) and his better regarded revenge thriller Diabolique (Sunday, July 9th at 3:30 pm) are both excellent entries for this series, there are few films that pack as potent of a big screen punch as his epic 1954 masterpiece The Wages of Fear. This story of four men of various, despairing backgrounds tasked with trucking highly explosive nitroglycerine through the South American jungle (which was remade equally well by American filmmaker William Friedkin as Sorcerer in the late 70s) is a masterclass in sustained intensity, character depth, and subtle political insight. It’s a work of art that demands to be seen in the icy chill of a darkened movie theatre and one of the best films of the 20th century. Is that an obvious choice for such a top five list? Sure. But it’s also unquestionably the best of an already stacked line-up.

Panique: French Crime Classics runs from July 6th to September 3rd at TIFF Bell Lightbox. For a list of all films playing in the series, head on over to the TIFF’s website.