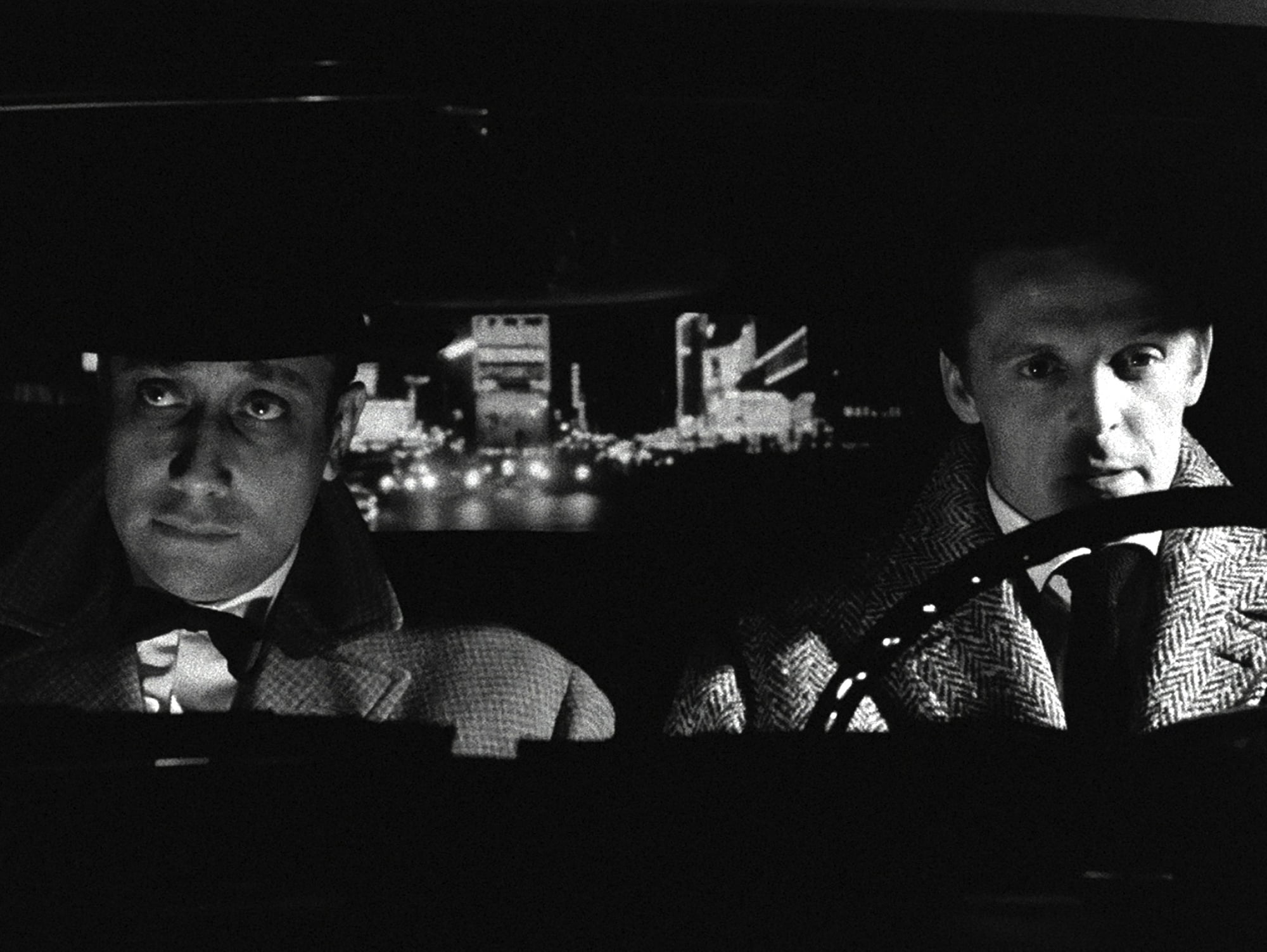 No filmmaker has made a life of crime look as cool, confident, and stylish as French legend Jean-Pierre Melville. Often imitated by big name filmmakers of the modern era (but never fully replicated), Melville’s body of work – which wasn’t solely comprised of crime thrillers – oozed with charisma and gracefully boasted a great amount of artistic and social merit within an often thought disreputable genre. Those familiar with his work know that few filmmakers could capture smoking, trenchcoats, stained carpeting, and thundercloud gray walls as gorgeously as Melville could. The uninitiated – who can catch up on most of his career at this summer’s TIFF Bell Lightbox retrospective, Army of Shadows: The Films of Jean-Pierre Melville (running June 29 to August 13) – would learn a lot from seeing the works of one of the most influential names in suspense.

Born Jean-Pierre Grumbach in 1917 and taking his on screen pseudonym from one of his favourite authors – American romanticist Herman Melville – he began his filmmaking career not long after serving in the French Resistance during World War II, producing his first short film effort in 1946, 24 Hours in the Life of a Clown (which will play before a screening of his disappointing, lethargic, mean-spirited, but accomplished Jean Cocteau written second feature Les Enfants Terribles on July 2 at 3:45 pm).

His first feature, Le Silence de la mer (Saturday, July 15 at 4:15 pm) didn’t fully hint at the crime thrillers that Melville would stake his career on in future years, but his adaptation of Jean Bruller’s 1942 novel was the first of a trio of films where Melville drew upon his memories of the war. Le Silence de la mer feels like an odd duck out in Melville’s better known filmography, but this tale of a rather silent and often stoic Frenchman (Jean-Marie Robain) and his niece (Nicole Stéphane) forced into sheltering a German soldier (Howard Vernon) has been noted as one of the precursors and biggest influences on the French New Wave that would follow. Le Silence de la mer also established Melville’s love of slowly unfolding scenes told through long silences, occasional bits of narration, and elaborate, lengthy takes from ambitious camera angles. It’s not as hard boiled as some of his later and better known efforts, but the building blocks for those efforts are fully on display here.

Melville’s wartime experiences would also lend themselves well to two other high profile, if atypical films in his career: the masterful, philosophical, and humane 1961 effort Léon Morin, Priest (Sunday, June 16 at 3:30 pm) and 1969’s epic, but restrained revenge thriller Army of Shadows (Friday, June 30th at 6:15 pm and Sunday, July 30th at 2:30 pm). In the former, frequent Melville collaborator Jean-Paul Belmondo plays the titular priest opposite then rising star Emmanuelle Riva (in one of her best performances) in the tale of an atheist Communist (which is no accident considering that the Jewish born Grumbach was also an atheist) who harbours romantic feelings for a kindly man of the cloth in a world where good men and thoughtful companionship are hard to come by. In the more exciting latter effort – which was critically trounced upon release in France, but is now heralded as one of Melville’s masterpieces – Lino Ventura stars as a French Resistance leader who escapes from capture and imprisonment in a internment camp to find the snitches who ratted on him and his comrades.

These films lean towards some of the more problematic aspects of Melville’s filmmaking, particularly his sketchy and inconsistent portraits of women (despite Les Enfants Terribles and 1953’s discomforting, cynical, and “inside baseball” When You Read This Letter, screening on August 3rd at 6:30 pm,  remaining his worst depictions of women and humans in general) and his tenuous, often combative connection to leftist politics, but both Léon Morin, Priest and Army of Shadows feel like Melville’s most personal and heartfelt efforts. Outside of these films, Melville can definitely be considered a visual artist, but also a masterful entertainer who put a great amount of faith in the intelligence of his audience. 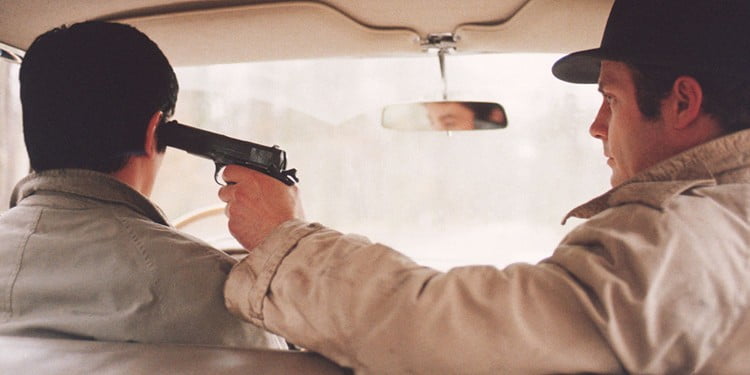 Often cited as one of Melville’s most rousing efforts and a clear inspiration for the Ocean’s Eleven films, 1955’s Bob le flambeur tells the story of a con man and gambler (played suavely by Roger Duchesne) attempting to round-up a posse of criminal types to pull off a casino vault robbery. Bob le flambeur showcases Melville’s deft balance of character building and pacing. Melville spends about thirty or so delightful minutes simply getting to know Bob before getting around to any semblance of plot, and yet thanks to a wealth of style and immediacy, the film never feels bogged down, slow, or boring. Melville – even in his longer films like Army of Shadows or its similarly revenge minded gangster picture cousin Le Deuxième Souffle (Tuesday, July 25th at 6:00 pm) – has always been a master at letting character beats, thoughtful glances, and rapid bursts of punctuation filled dialogue tell the story. Yes, some of Melville’s stories are elaborate and needlessly convoluted, but it’s the little details that make his films so swaggering, confident, and enjoyable.

Take, for example, his underrated and under-seen 1959 gem Two Men in Manhattan (Sunday, July 9th at 6:00 pm). It’s a taut, blisteringly paced 85 minute motion picture with enough plots to pack four separate films. This tale of a French language reporter in The Big Apple (played by Melville, who also dabbled in acting quite well) teaming up with a drunken, less than ethical, but resourceful paparazzo (Pierre Grasset) to get to the bottom of a diplomat’s disappearance days before Christmas is a masterclass in cinematic balance. Knowing when to use the visual griminess of New York City to tell his story and when to allow his performers to go toe-to-toe in gorgeously written interrogations and dressing downs, Two Men in Manhattan might seem like a slighter entry into Melville’s canon, but the entertainment value is major, and his love for American cinema and culture shines through at every turn.

Although Two Men in Manhattan would be followed by Léon Morin, Priest in 1961, it kicked off a series of crime thrillers that Melville would become best known for, continuing all the way up to his final effort, the slight, but engaging Un Flic (Saturday, August 12 at 3:30 pm) in 1972 made shortly before his death at the young age of 55. The twisty and unpredictable Le Doulos (Saturday, July 29th at 6:00 pm) has been heralded by Quentin Tarantino and Martin Scorsese as one of their favourite all time films. The more action filled and emotionally sweeping The Red Circle (Friday, July 28th at 6:15 pm) has been cited by John Woo as a major career influence, and from the film’s elaborate heist sequence (a technical high point in Melville’s filmography), it’s not hard to see why, and gangster movie aficionados probably need no introductions to either of these films.

But personally, I think no film in Melville’s career is more relevant and influential than his masterful Le Samouraï (Thursday, June 29th at 6:30 pm and Saturday, August 19th at 4:00 pm, both the first and last screenings of the retrospective). Casting Alain Delon (Melville’s second best collaborator next to Belmondo) as Jef Costello, a savvy, terse hitman trying to stay one step ahead of the coppers after being set up in a gig gone wrong, Le Samouraï blends French existentialism, Eastern philosophy, and American action into an infectiously thrilling concoction. Every filmmaker to create a story about a hitman since Melville’s 1967 masterwork owes a massive debt to this one. Without Le Samouraï, John Woo wouldn’t have a career, there would be no John Wick, and Leon: The Professional wouldn’t have gotten off the ground. It’s a perfect film that remains Melville’s grandest calling card, and one that expands on the tantalizing ideas and moral codes posed in his preceding films Le Doulos and Le Deuxième Souffle.

One could skip right on ahead to Le Samouraï and have an excellent primer on what Melville was all about, but part of the fun of watching the filmmaker’s career unfold is in watching how it progresses narratively and emotionally while stylistically staying true to the writer-director’s consistent and confident vision. There are more than a few must-see films in this TIFF retrospective, and all of them are perfectly entertaining counterpoints to a lackluster and less than thrilling blockbuster season at the megaplex.

Army of Shadows: The Films of Jean Pierre Melville runs at TIFF Bell Lightbox from Thursday, June 29th through Saturday, August 19th. For tickets and more information, head on over to their website.