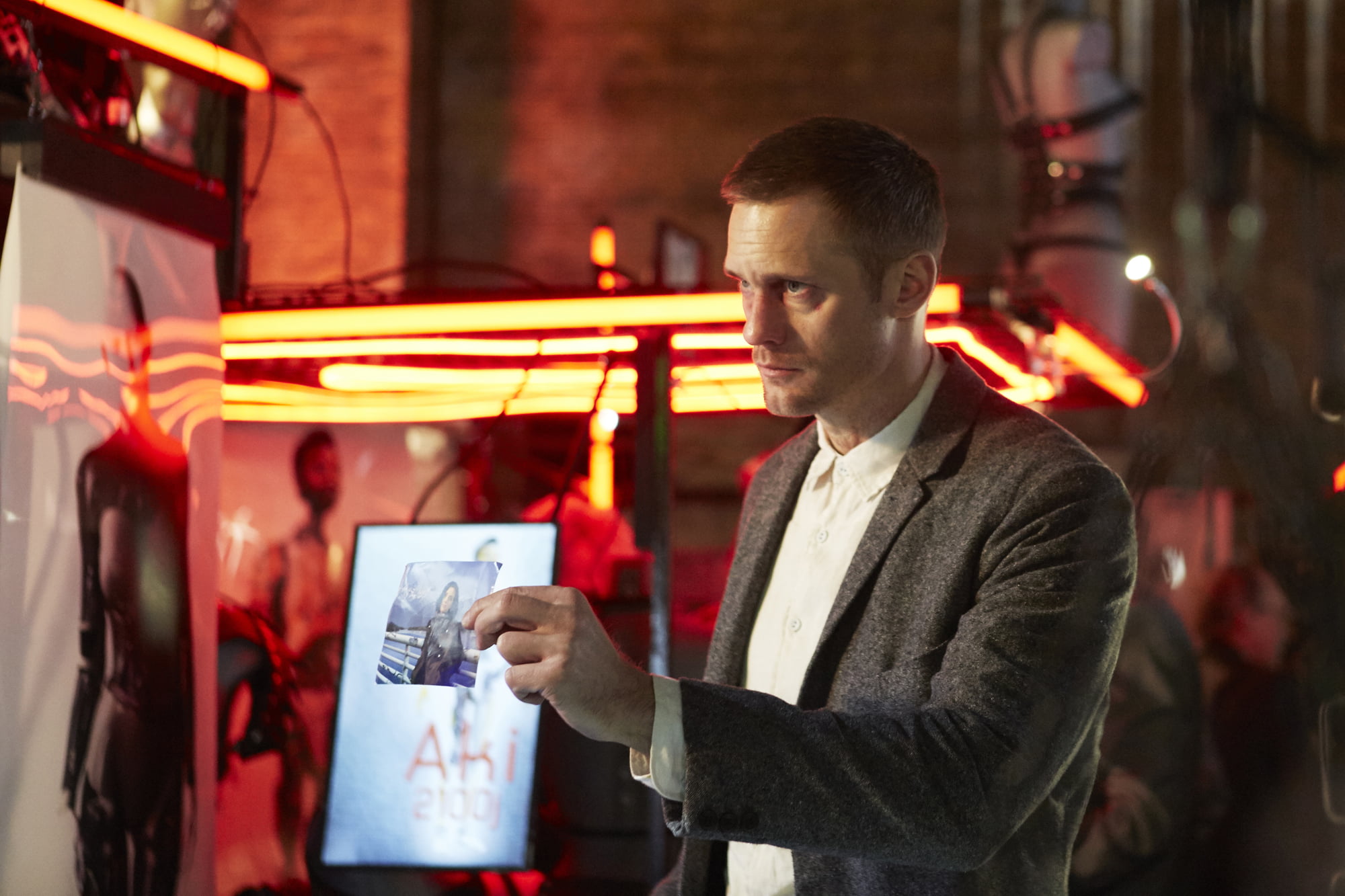 An odd duck even by the eclectic standards of most Netflix original movies, director and co-writer Duncan Jones’ Mute isn’t a movie that will please everyone (and I am almost positive that most who see it will loathe it), but it’s an admirably dark and sleazy sci-fi thriller that wears its cynicism like a badge of honour. Anyone in the mood for something lighthearted and traditionally action packed would do best to look elsewhere, but those in the mood for a nasty, old school thriller with some new school sheen and a sick sense of humour will find plenty to like.

Set in a futuristic Berlin during a time when Germany is building a European empire, Mute follows two separate storylines that will grow increasingly intertwined as they progress upon a collision course. Leo (Alexander Skarsgård), a bartender who was left mute as a result of a childhood boating accident and comes from an Amish background (no, I am not making this up), sets out on a mission to investigate the sudden disappearance of his girlfriend (Seyneb Saleh). Meanwhile, an AWOL army doctor turned mob surgeon named Cactus Bill (Paul Rudd, sporting a moustache bigger than Brian Fantana’s, and again, I assure you I am not making this up) is trying to make his way back to the U.S. with his toddler daughter (Mia-Sophie and Lea-Marie Bastin).

Jones (Moon, Source Code, Warcraft) doesn’t offer up any novel twists on the look of the dystopian sci-fi drama. Every building is gray and drab, but bathed in pink and blue neon lights. There are robot sex workers, surveillance systems everywhere, and technological advancements that exist mostly to forward plot points. Both Leo and Cactus Pete have storylines that are pretty standard future-forward-noir fare that isn’t likely to impress or repulse anyone until the stories begin to overlap. And once they do, via a twist that Jones does a pretty great job of keeping a secret, I’m sure most viewers would skew towards “repulsed and unnerved” rather than “delighted and excited.” Mute starts off unassuming, but gets nasty pretty quickly, and it’s a switcheroo that I found effective, but I’m sure many will find borderline exploitative and reprehensible.

Mute was largely kept away from the eyes of most critics before its Netflix premiere today, and that was probably a smart move. Most Netflix movies as of late have been interesting, if ungainly messes designed for at home viewing, but Mute is one of the few offerings from the streaming service that I think actually has the ability to make people turn away. And if I’m being honest, I’m all for it. I’d much rather watch a dozen clones of Mute than a dozen sequels to Bright or a spin-off from War Machine. It’s a tough movie to sell, and it has been marketed in a manner similar to a Luc Besson or Ridley Scott sci-fi epic. That’s probably because there’s no way to actually “sell” viewers on a mash-up of Buckaroo Banzai and Wayne Kramer’s underrated, intense, and misunderstood modern day exploitation flick Running Scared. That unsellable quality to Mute fascinated me throughout because it proves that Jones has made a largely uncompromised film that’s made from bits and piece that shouldn’t work together, but they ultimately do. 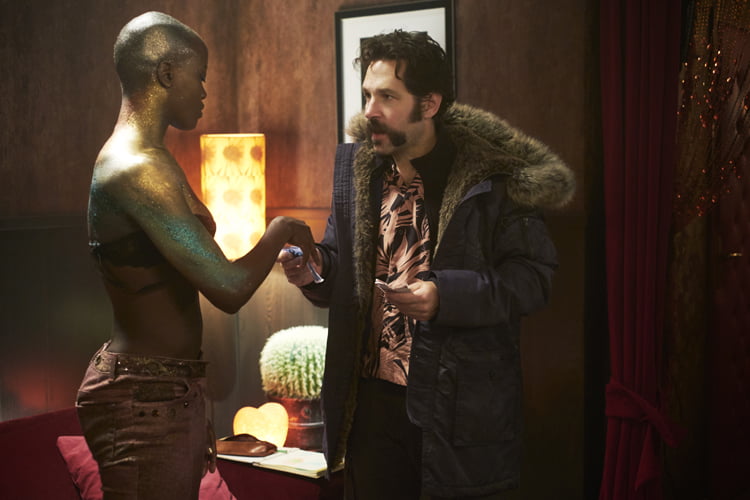 Jones doesn’t seem as interested in the sci-fi elements of his story as much as he does fleshing out his main characters. In what strikes as a personal challenge that the filmmaker gave to himself, he has created a film where characters get less likable the longer you spend time with them, fostering a sort of reverse empathy that runs counter to how most people want to watch a movie. This challenge extends to a good deal of the film’s casting. While Skarsgård is perfect at playing the definition of a soulful, strong, and silent type, Rudd and Justin Theroux – playing Cactus Pete’s business partner and best friend, Duck, who sports Peter Fonda’s hair, glasses, and cadence with loathsome sexual tendencies – are in somewhat over their heads. While it’s nice that Rudd wants to play against type and Theroux is always up for getting weird and crazy, neither seems to be a perfect fit for their part, especially when the aforementioned connecting twist hits. Theroux fares better with inarguably worse, more off-putting material, and Rudd tries admirably to play a conflicted asshole, but there’s something off about their casting, which feels more like a stunt than a well thought out plan.

Then again, the entirety of Mute feels like a grand stunt; the kind of filmmaking that rarely gets made anymore and even then only because the filmmaker wants to see if they can actually get away with pulling it off. It never entirely works, but I also can’t say that I wasn’t captivated and invested by trying to figure out where Jones and co-writer Michael Robert Johnson were going next. Just be warned that it’s definitely not a “fun” movie to sit through, but for those looking for a mash-up of a 70s exploitation picture and an 80s produced sci-fi thriller made with strange modern day casting, Mute just might be an experiment that’s right up your dark, dingy alley.

Mute is now available to stream on Netflix.

Check out the trailer for Mute: