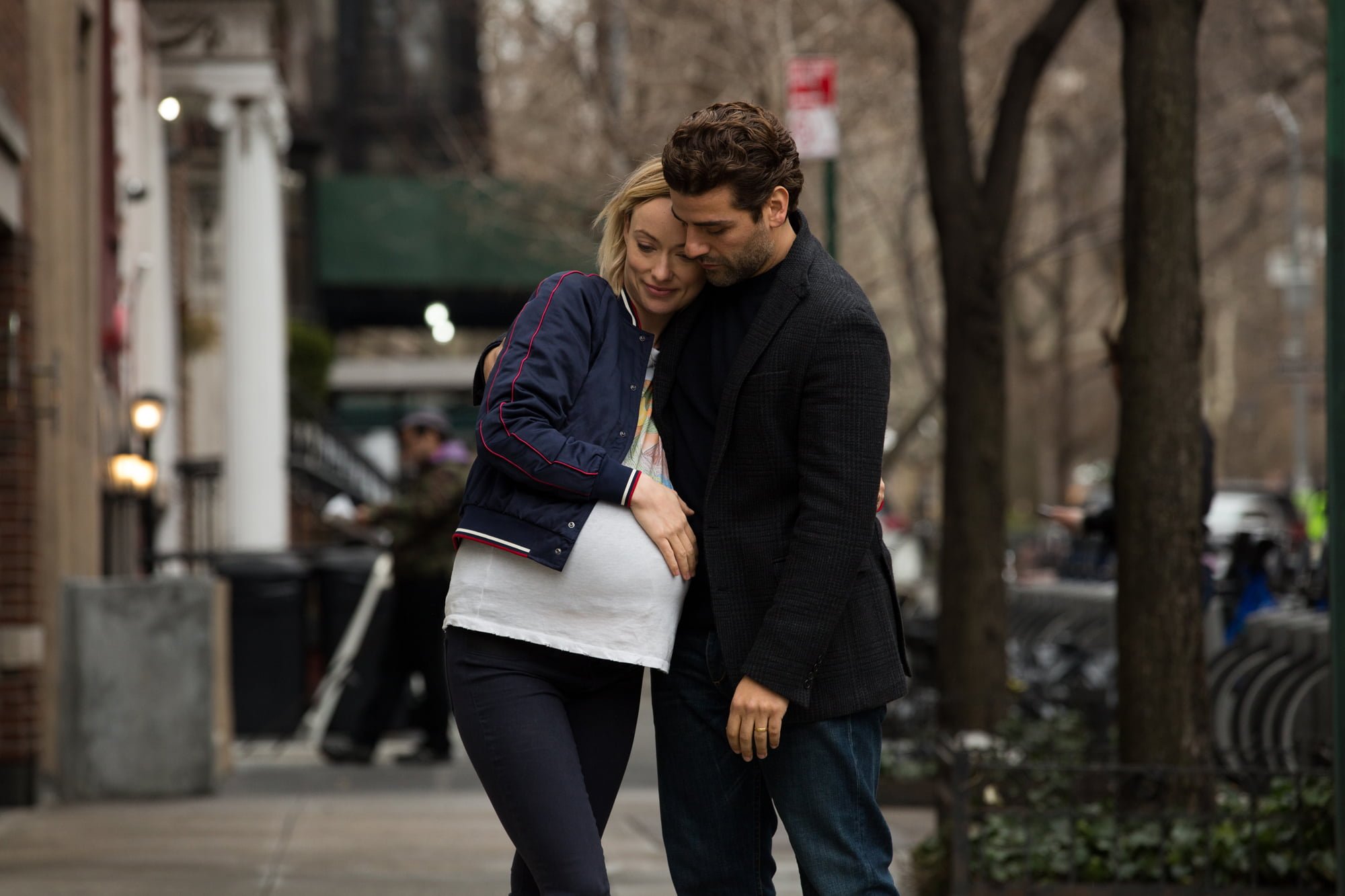 Dan Fogelman’s almost admirably insane Life Itself serves as a deep dive into the psyche of the creator of television’s hit series This is Us. Never one to shy away from manipulating his audience at metaphorical gunpoint to the point of tears, it’s easy to see why Fogelman has become both a successful and divisive dramatist. Even more so than Foegelman’s debut feature Danny Collins (which now looks like an experimental work of slow cinema in comparison), Life Itself seeks to explain why and how the filmmaker makes such ruthlessly tear-baiting works. That explanation is vastly more fascinating and entertaining than the film built around it, but I can’t say that Life Itself ever bored me with Fogelman’s particular brand of emotional insanity, and at least it’s better than comparable misfires like Collateral Beauty or Winter’s Tale.

Not to be confused with Steve James’ recent documentary about the life of late film critic Roger Ebert, Life Itself offers up a time shifting pastiche of interconnected tales of love, loss, and tragedy. There are basically three threads. Alcoholic, trainwreck, Tarantino loving screenwriter Will Dempsey (Oscar Isaac) laments the “leaving” of his beloved wife, Abby (Olivia Wilde), and flashes back to happier times with the help of his attentive, patient therapist (Annette Bening). Sometime in the future, Will and Abby’s daughter, Dylan (Olivia Cooke), is the rebellious lead singer of a punk band who lives with her grandfather (Mandy Patinkin). And at some point along this timeline, the fraught working relationship between an Andalusian olive farmer (Sergio Peris-Mencheta), his wife (Laia Costa), and his boss (Antonio Banderas) will evolve and overlap with the American storyline.

I’m avoiding obvious spoilers where I can, but anyone who has seen a film in the wake of Paul Haggis’ Crash knows precisely where Life Itself will be heading. But while the work of Haggis and his contemporaries would be an easy signpost for Fogelman’s work, Life Itself offers a more obvious source of creative inspiration. Fogelman wants to be the Quentin Tarantino of tearjerkers, wearing his references to past melodramas on his sleeve like blood soaked badges of honour. And to Fogelman’s credit (maybe?), the comparison is more than apt and bizarrely earned. His filmmaking sensibilities are positively ruthless, and the tactics are similar. That’s probably why Isaac’s character consistently fetshizes Tarantino’s aesthetic, penchant for pop culture references, and snappy dialogue.

Life Itself, like the television show that made Fogelman famous, uses extreme, bloody, and frequently unpredictable moments of emotional and physical violence to send his story off into new directions in much the same way that Tarantino does. Wanting to examine consequences, fallout, and traumas in the wake of unspeakable tragedy, Fogelman takes no prisoners with his latest tear duct wringer. The inciting incident that puts Life Itself into motion is shockingly grotesque and in borderline bad taste, but one can’t fault the writer-director for choosing something plausibly awful to build his story around. Is it a bit much that the tone shifting gambit feels like it was stolen from a Final Destination film? Perhaps, but it’s even sillier and less tragic to play the same exact scenario out a handful of times from varying perspectives. It was shocking the first time we see it. By the fourth time, it’s laughably ridiculous. Worse still, this isn’t the most shocking moment with the film’s most jaw dropping twist occurring rather early on. It’s one that really tests the audience’s resolve to keep following along with Fogelman, and it would be brilliant if this weren’t the lunatic fringe of populist filmmaking. 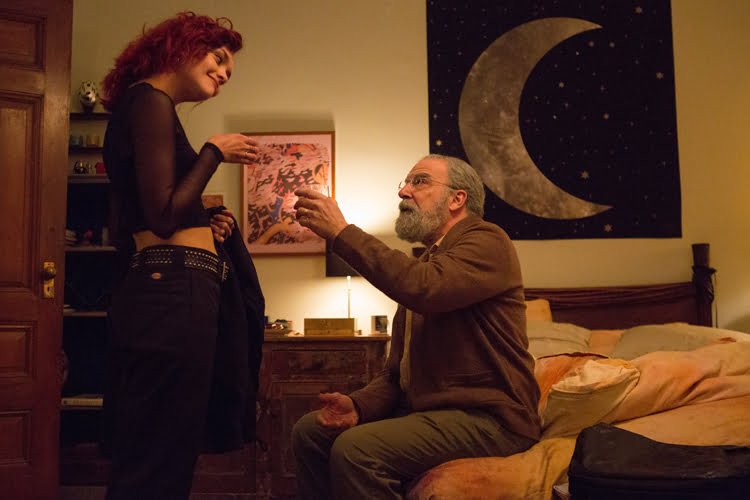 To make things even crazier, Life Itself doesn’t feel at all like a piece of entertainment, but rather like a thesis paper. Not a thesis FILM, mind, but like the craziest piece of literature ever written about the nature of the “unreliable narrator.” Every rug pull and swerve offered up by Fogelman comes with the caveat that what the audience is witnessing might not be true. The twists, contrivances, coincidences, and connections begin piling up, and one could be forgiven for suspecting that the final shot of Life Itself will be the camera pulling away from the frame to reveal Fogelman at a drawing board saying “Ain’t I a stinker?” Fogelman’s desire to play with narrative and genre clichés give the often meandering material (which is basically the cinematic equivalent of that scene from Family Guy where Stewie Griffin snarkily explains to canine Brian how a novel works) a sense of pacing and vibrancy, until the second half sojourn to Spain where things slow to a crawl and become a lot more conventional. I was always aghast by the nuts and bolts details of every misguided scene that makes up Life Itself, but I was constantly enthralled by wondering just where this Looney Tunes narrative was going to head next.

And by watching Life Itself, I totally understood Fogelman’s niche appeal. He’s a misanthrope in softie’s clothing. The film’s bizzaro belief that suicide is a completely viable way out of painful situations is unnerving and gross, but it’s not delivered without conviction. He’s one of the few filmmakers alive that’s pro-smoking to a point of calling anyone who hates it a philistine. He tosses off examples of sexual molestation against children and the killing of puppies like they’re minor details that mean nothing at all in the grand scheme of things because they don’t actually impact his specific narrative. He makes jokes at the expense of both fat people and anorexics alike. His most original visual is from the POV of someone doing a kegstand. Life Itself’s surreal opening prologue is one of the most pretentious and berating starts to a film I’ve ever seen. And yet despite all of that, people praise his ability to make them cry, probably because his approach is similar to being beaten with a bat and then giving the person who’s been assaulted an ice cream cone and a fluffy pillow. I hate his work on almost every conceivable level, and in a sick, sadistic way, I kind of admire the chutzpah it takes to make something so forcefully manipulative. Dan Fogelman might be an evil genius.

The cast here is all over the place. Isaac is pretty great, giving off some young Pacino vibes and displaying great chemistry with Wilde and Bening, neither of whom are given enough screen time to do much of anything with their seemingly pivotal roles. Ditto Cooke and Patinkin, who seems like they should have more to do, but the latter just delivers some kind words and the former warbles the worst punk rock cover of a Bob Dylan song I’ve ever heard. (Because, you see, her name is Dylan and her parents loved Bob Dylan, and Fogelman wants to tell you all about Dylan, both the artist and the person, you see? Do you get it? Do you get it? DO YOU FUCKING GET IT?!?) The cast in the Andalusia segments fare far better, with Banderas, Costa, and Mencheta delivering performances that make one wish they were the only characters in such an ungainly project. The film slows down considerably, and the material isn’t as flashy, but the second half of Life Itself is almost a good movie.

If you can’t figure out the big twist of Life Itself by the end of the film’s second “chapter,” you’re probably the audience for Life Itself, but that’s not a guarantee that you’ll enjoy what you see. Fogelman is nothing if not honest. Through his characters, the writer-director makes it known in no uncertain terms that he’ll be attacking your heartstrings with a chainsaw throughout. It’s not subtle, but it is a viable form of entertainment for some people who will staunchly refuse to think for a single second about what they’re watching. I don’t think that Fogelman believes his target audience is stupid, but I do believe that he thinks in dangerous extremes. I believe that today, a lot of people think in terms of dangerous and problematic extremes. Fogelman is truly a filmmaker for our times, whether we want to believe it or not, and his particular blend of misanthrophy and romanticism will spark countless and boundless imitators thanks to his overall success on television. If that translates to the big screen through Life Itself remains to be seen. I hope it doesn’t, but much like Donald Trump getting elected president of the United States, I wouldn’t be surprised if it does.

Life Itself opens in theatres everywhere on Friday, September 21, 2018.

Check out the trailer for Life Itself: