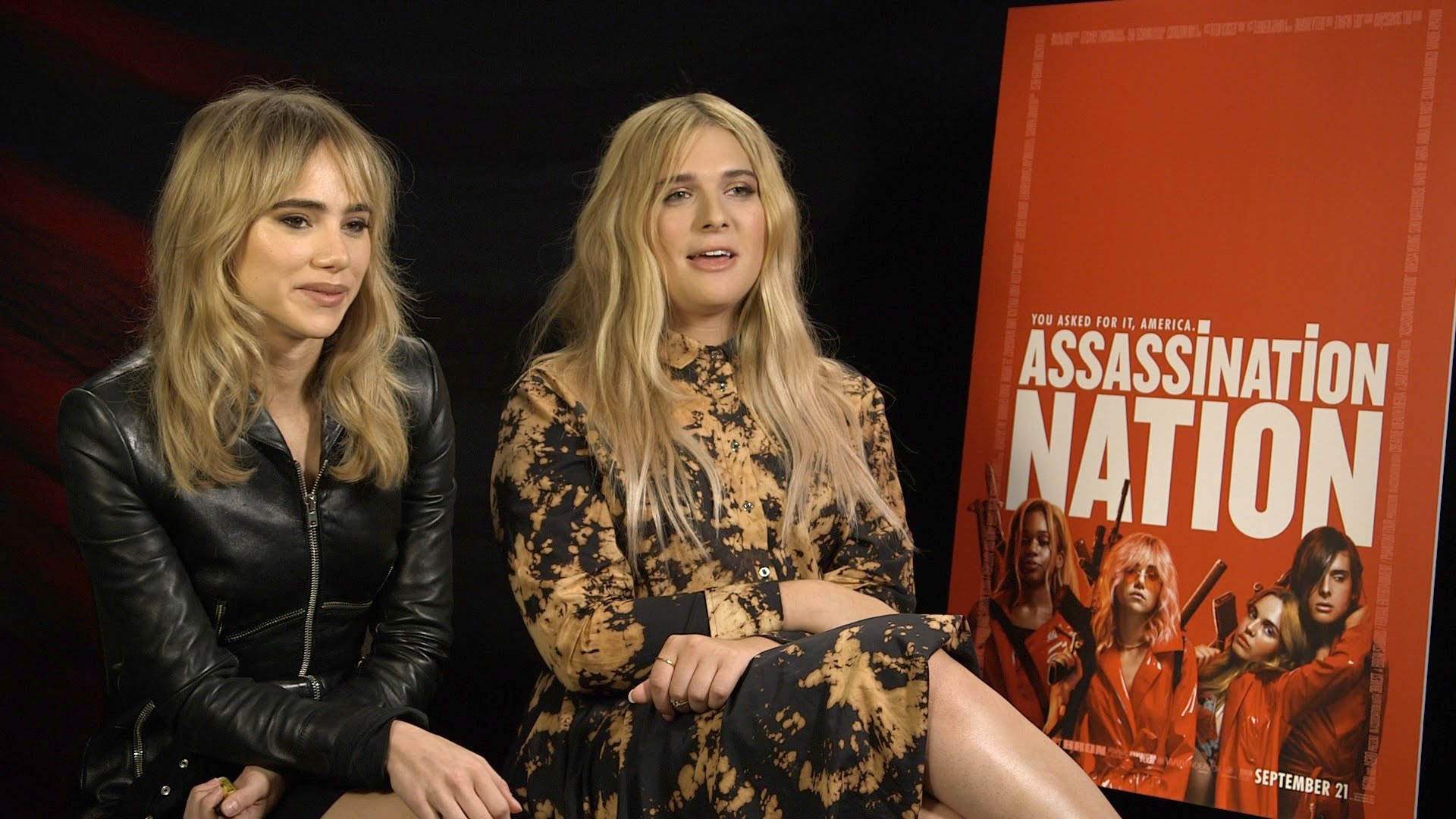 Assassination Nation is an over-the-top social commentary wrapped up in a horror movie and a thriller, and it’s really going to get people talking this weekend when it opens in theatres.

During the 2018 Toronto International Film Festival, writer and director Sam Levinson, and three of the stars of the film, sat down with me to talk about making the movie, and their thoughts about the characters and their ordeals. The movie revisits the Salem witch trials, in a way, and how they could play out today in our internet obsessed culture, and it’s both frightening, realistic, and empowering, all at the same time.

“We were literally having the best time ever at boarding school,” Suki Waterhouse joked about making the film.

“I wasn’t thinking about the tough parts of this movie while we were filming the other parts,” Hari Nef said about the process. “I wanted to fully enjoy the fun parts and the silly parts, and those juicy high school parts. And then, much like in real life, when the violent parts show up, it’s like ‘Oh, shoot,’ and you deal with it then.”

Speaking about the characters, Nef said, “I think the way that it’s sketched out, the four central characters, ultimately there’s this focus on them as victims of an incredibly violent environment, but I also really think it’s essential that we get to see them talk their own shit, and have their own prejudices about the people in their community.”

“I kind of saw myself in these girls. I mean, we are these girls,” Waterhouse added. “We’re messy, we mess up, and we’re up against a ton of shit.”

At the same time, Assassination Nation features a dark but often upbeat tone. “I think it’s that mix of high optimism and total nihilism that sort of defines our generation,” Nef said. “I think the girls kind of represent that.”

And what about a sequel? Well, you’ll have to watch the interview to find out what they had to say about that.

Assassination Nation is out now in theatres.