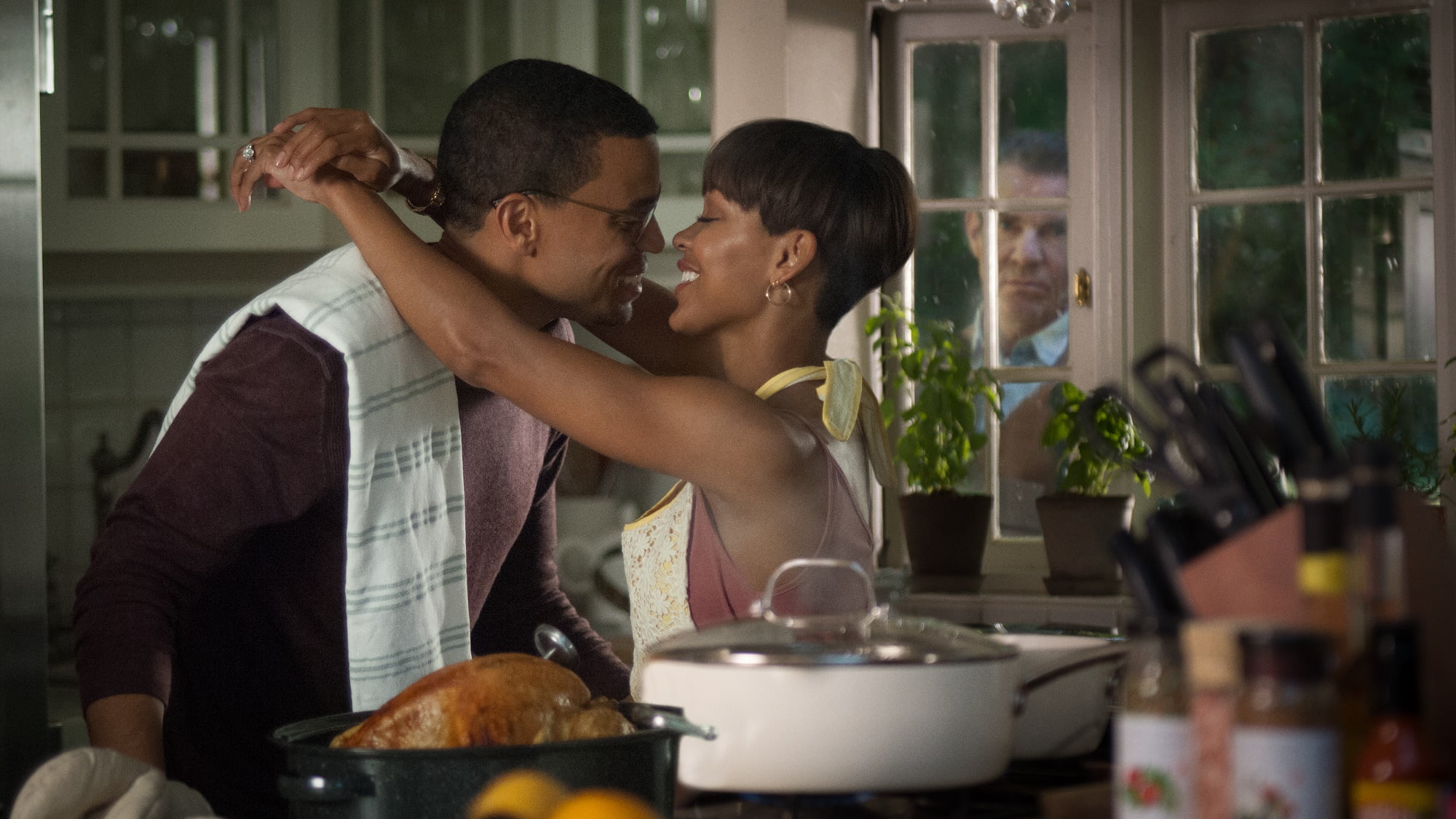 Overblown and cranked to eleven at all times, the ludicrous home invasion thriller The Intruder isn’t a great movie, but it’s a great time at the movies. The Intruder belongs to an increasingly rare breed of films that are so patently, wildly, and often hilariously ridiculous that it’s impossible not to get caught up in it and be entertained. It’s a howler in the truest sense. Viewers will groan at the obvious nature of the villain, the poor decisions of the heroes, and the unsubtle filmmaking choices throughout The Intruder, but it’s all in the sake of goosing some degree of B-move thrills from a familiar plot that should’ve been retired long ago.

San Francisco marketing executive Scott Russell (Michael Ealy) and his freelance journalist wife, Annie (Meagan Good), want to celebrate their newfound successes by moving out to Napa Valley. They fall in love with a property owned by Charlie Peck (Dennis Quaid), a neighbourly sort who’s moving out of his $3.3 million estate following the death of his wife two years prior. Charlie likes the Russells so much that he agrees to sell them the house for a decent price and throw in all the furnishings as a bonus. Annie briefly feels sorry for the kind, old widower, but Scott reminds her that Charlie is supposedly moving to Florida to be with his daughter and that he’ll be just fine. Things seem to be delayed, however, as Charlie keeps coming back to offer advice, mow the lawn unannounced, and generally critique the changes Scott and Annie are making to the property. They invite him to Thanksgiving, but by the time Christmas rolls around and he keeps showing up, Scott starts to suspect that Charlie doesn’t want to let go of the property. He’s absolutely right, and Scott’s antagonism of Charlie only fuels a long simmering rage inside the home’s former owner.

Shot and edited like a music video by director Deon Taylor (Meet the Blacks, Traffik), The Intruder wants to keep things snappy and stylish as a distraction from the fact that this is just another home invasion thriller cut from the same cloth as Pacific Heights or Unlawful Entry. Even the film’s screenwriter, David Loughery (Passenger 57, Money Train, Obsessed), has made this same kind of film before with the more nuanced and political (but not necessarily superior) Lakeview Terrace. But while that film of Loughery’s had an auteur director (Neil LaBute) who wanted to emphasize the story’s racial undertones, the fact that Scott and Annie are black only comes up two or three times. The Intruder doesn’t want to talk about race so much as it wants to depict a standard, tiresome story of two good people getting harassed by someone who’s obviously crazy.

And if there’s one thing that The Intruder understands, it’s crazy. There’s never any doubt that Charlie Peck is out of his everloving mind. The first time we see the character is in a tight close-up of his crazy-eyed face as he’s shooting a felled deer point blank in the head with a rifle. He gets crazier from there, but Taylor and Loughery have made a film where there’s no ambiguity whatsoever. Charlie is going to try to take his house back by any means necessary, and Scott and Annie need to go back to San Francisco as soon as possible.

Taylor lays things on thicker than a mason wearing boxing gloves. There are plenty of jump scares and storytelling twists trucked in from other movies (not BETTER movies, mind you) to kill some time until the inevitable slam, bang blow off showdown between the heroes and the villain. If you can think of it happening, Taylor probably has it up his sleeve: doorbell jump scares, secret passageways, spooky looks inside the mind of a killer, townsfolk who warn Scott about his estate’s former owner, a villain who can hide in the shadows or mysteriously appear in the frame during a flash of lightning, best friends that suspect Charlie is a nutter from the jump, long lost family members who fill in necessary backstory. The Intruder is a one stop shopping centre for trite thriller cliches.

The Intruder sounds like a rote exercise to behold, but it’s told with such energy and a tongue-in-cheek sense of humour that it wrestles some degree of respectability out of the material. Knowing that it can’t pass mustre on its merits as a domestic thriller alone, Taylor wisely turns the film into a creepy black comedy of sorts. How much of The Intruder’s laughs are intentional, unintentional, or just a natural reaction to jump scares is debatable, but as far as corny B-movies go, there’s some fun to be had.

Ealy and Good are fine as they sympathetic protagonists – with the former getting one of the best scenes when Scott drunkenly confronts Charlie in a bar – but they’re second fiddles to Quaid’s gleefully manic performance. Boasting a Joker-like ear to ear grin and an “aw shucks” tone throughout that underlines Charlie’s evil nicely, Quaid delivers the most eccentric turn of his career. It’s the kind of go-for-broke performance that Nicolas Cage enthusiasts will praise for years to come. Charlie is such an obvious psychopath that he can’t even hold a cigarette properly without looking like he about to take someone’s head off with an axe. Quaid gives Charlie a nervous chuckle while delivering seemingly innocuous lines like “Whadda ya got against guns?” and “Seasons Greetings, Annie.” Taylor has built The Intruder entirely around Quaid’s willingness to go as far into the stratosphere as he has to in a bid to keep things interesting and entertaining. At one point even inserting a growling lion onto the film’s soundtrack to overlap one of Charlie’s screams of displeasure, The Intruder is nothing if not a film that knows exactly what kind of disreputable picture it wants to be and what it wants to be remembered for.

Whenever Quaid is on screen, The Intruder delivers the goods, especially during the bonkers climactic sequence that ends with one of the most abrupt smash cuts to the credits I’ve ever seen. The Intruder is so unsubtle in its bid to be a crowd pleaser that it doesn’t just drop the mic at the end, it drops the whole auditorium. It’s a bad movie on an objective level, but a fun one that I don’t entirely know how to rate.

As soon as the movie ended, the man who was sitting behind me – who noticed I was taking notes – said “That critic in front of us better give this one a two.” I liked it more than that, but not much more. He appeared to be having as much fun as I did, laughing and groaning at almost the same exact parts, but it seems like we both agree that there’s a difference between something that’s genuinely good and something that’s resolutely corny, but almost good in spite of itself.

The Intruder opens in theatres everywhere on Friday, May 3, 2019.

Check out the trailer for The Intruder: