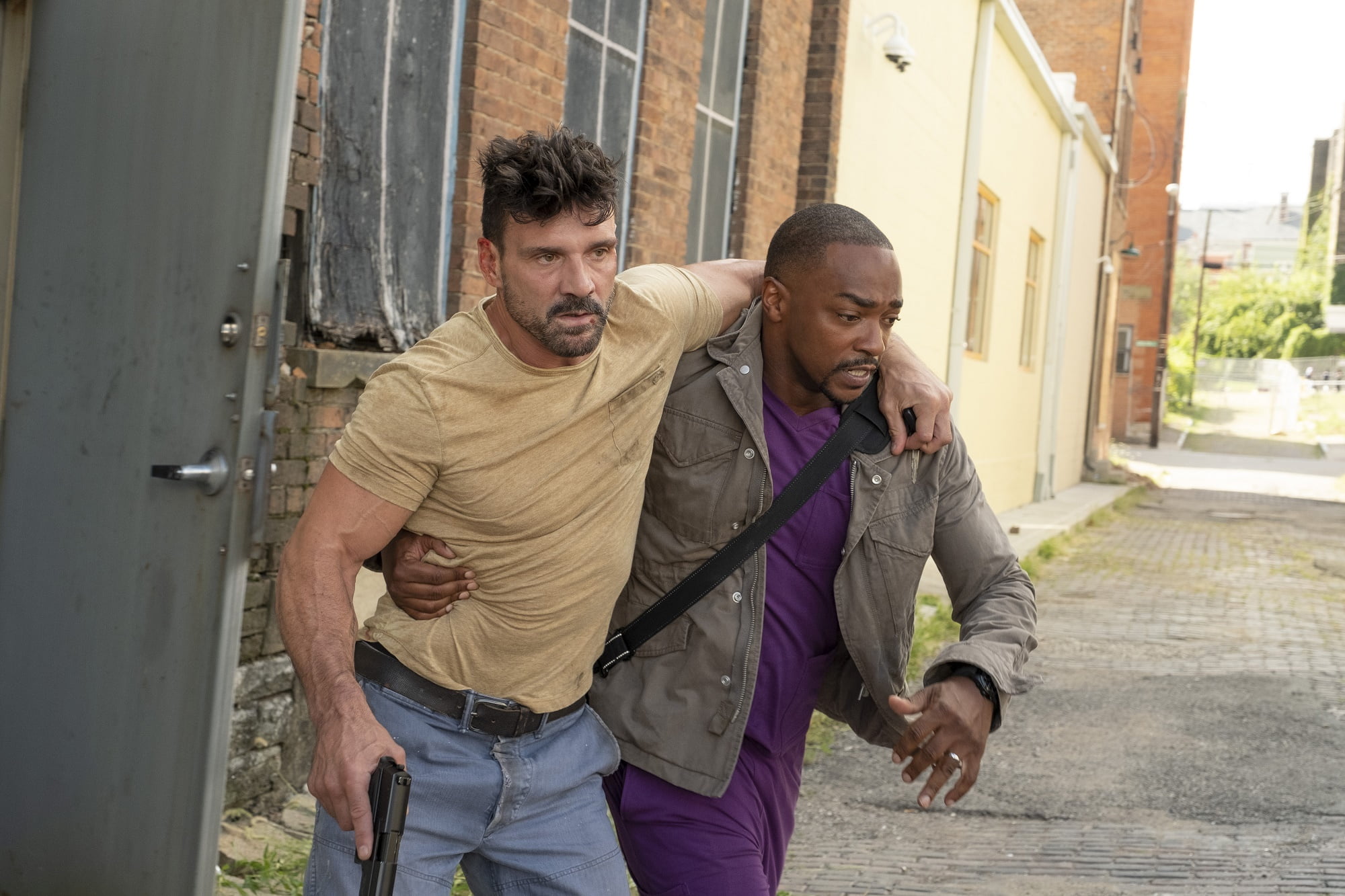 Point Blank is the kind of unabashed throwback action picture that will work best at the end of a long day with a six pack of beer and an extra large four-topping pizza in tow. No one will ever confuse Point Blank and its lean, mean, amusing, and ridiculous construction for high art. Back in the 1980s, major and independent studios were churning out these kind of cheapie, unpretentious, and only sometimes effective shoot-and-beat-’em-ups by the truckload, and today their appearances on the big and small screen are decidedly fewer and further between, replaced either by soulless blockbusters that mistake explosions for entertainment value or ambitious action flicks that use whatever money they have to go artistically over the top. Point Blank isn’t a movie that would’ve made a tidy profit at the box office in the cinematic heyday it’s trying to emulate. It’s the type of film one might come across at 3am on premium cable after a long night out or while in the throes of insomnia. It’s less John Wick and The Raid, and more like Shakedown or Quiet Cool, but still decently entertaining if those kinds of movies are your jam. And I have no shame in admitting that I have a soft spot for movies like Point Blank.

Cincinnati area nurse Paul Booker (Anthony Mackie) is expecting a baby with his wife (Teyonah Parris) sometime in the next three weeks. He goes to his job at a local hospital one night, and the first patient he’s asked to look at is Abe (Frank Grillo), an unconscious career criminal who’s having a bad day following a job gone wrong. Abe has been shot and hit by a car. He’s also about to be implicated in the murder of a well liked District Attorney; the latest in a string of high profile killings that have been plaguing the city. He’s in no shape to go anywhere, but he’s in possession of a flash drive that contains evidence implicating a lot of police officers in an ongoing corruption scandal. The flash drive is sought both by the crooked cops and by the local gang leader who sent Paul and his skittish younger brother, Matteo (Christian Cooke), to retrieve it. Fearing that the cops and the criminals are both closing in on Abe, Matteo jumps Paul, steals his keys, breaks into the nurse’s house, and kidnaps the pregnant wife. Matteo demands that Paul bust his brother out of the hospital and police custody by any means necessary. When the gruff and not particularly lovable Abe comes around, the understandably terrified Paul reluctantly agrees to reunite the brothers in exchange for getting his wife back.

It takes director Joe Lynch (Everly, Mayhem) and screenwriter Adam G. Simon (who also has a cameo here as one of the rogue cops) approximately fifteen minutes to set all their wheels in motion, and Point Blank wraps up after a tidy, effective 85 minutes. One might think that this particular offshoot of the buddy picture might’ve lifted its plot from any number of Cannon or Shapiro-Glickenhaus flicks from the 80s (or that it’s somehow related to the 1967 Lee Marvin classic), but Point Blank is actually a reasonably faithful remake of a 2010 French flick of the same name. Lynch and Simon retain the original film’s relentless pacing and tight construction, keeping their feet on the gas pedal, but handling the easily foreseeable twists and turns of the plot nicely.

The only thing that really hampers Point Blank (other than its uneven depiction of its female characters, which can be seen either as empowering or problematic, depending on how one chooses to read it) is an overall sense of predictability and familiarity. It’s another story of an everyman in over his head, forced to partner up with a tough guy that’s making his life a living hell. There’s a MacGuffin that everyone wants to get their hands on, and the heroes have to make it from point A to point B over the course of a short period of time (although this time, the majority of the action in Point Blank takes place during a single afternoon, not overnight like many other similarly minded pictures). The mismatched heroes will eventually warm to each other. The antihero will turn out to have a softer side, and the wimpy everyman will turn out to be smarter and tougher than he initially appears. The crooked cops are easily spotted, and with each passing reveal it becomes clearer how Paul and Abe will get out of this mess. Nothing about Point Blank surprises, but  these well worn story beats are handled confidently by Lynch and his actors. 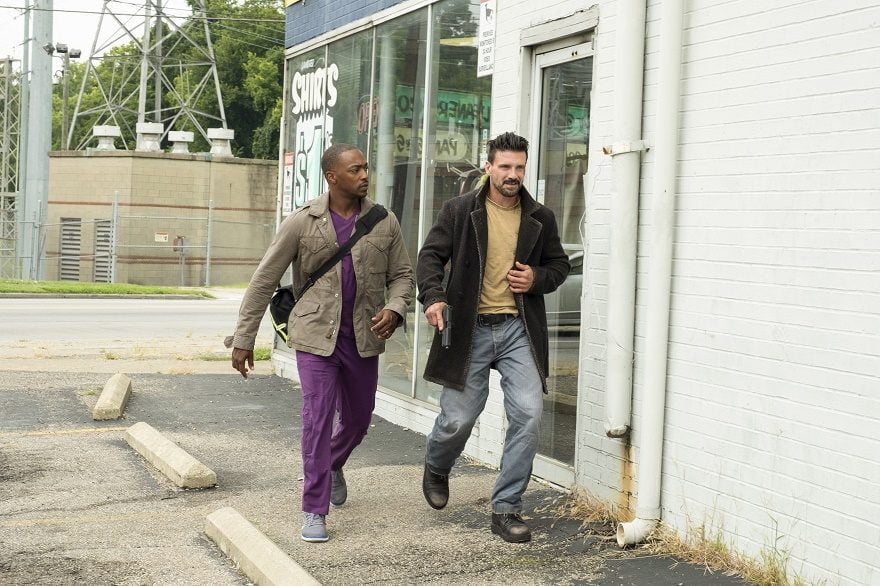 There aren’t any excessively choreographed shootouts or fights where people are writhing around like breakdancers on ecstasy. There are plenty of car chases, but again, they’re somewhat restrained by modern action movie standards, and outside of a nifty brawl inside a car wash, most of the fights and shootouts are practical, brutish, and stripped down to the bare essentials. There’s plenty of humour throughout these sequences to cut the tension, but nothing else to distract from the overall “get in, get out, get it over with” pacing. The original score is straight out of a generic 80s action movie (in a good way), and some of the biggest set pieces are set to the likes of ABC’s “The Look of Love” and Sigue Sigue Sputnik’s “Love Missile F1-11.” Lynch likes to have his camera elaborately spin around during action sequences or to fluidly follow along during foot and car chases, but there’s no real trickery here. Everything in Point Blank feels as practical as audiences are likely to get these days, and Lynch’s precision in making such a film is appreciated. It’s a film that wears its influences so openly on its sleeves that there’s even room for a cinephile drug dealer character who’s obsessed with William Friedkin. In 1989, Point Blank might’ve felt played out and tiresome, but thirty years later it’s a likable change of pace. Lynch would probably even shake your hand if you can correctly guess which track plays over the closing credits before they arrive.

Just as Lynch knows precisely what sort of movie he’s making with Point Blank, Mackie and Grillo understand exactly what they signed up for, and their wealth of chemistry makes them a solid team. Mackie ensures that Paul isn’t too much of a pushover, balancing the character’s strength and nervousness enough to provide Point Blank with a realistic moral centre. Grillo – who’s currently on the Mount Rushmore of modern day American B-movie action stars alongside Scott Adkins, Jon Bernthal, and Dave Bautista – does what he does best here. Grillo plays this sort of role so expertly, and it’s delightful to watch him command whatever scene he’s in, either with his quick wits or fists. Also turning in some exceptional, against-type work here is Marcia Gay Harden as the detective assigned to track down Abe and Matteo. They’re all playing archetypes, but everyone seems to be having a blast. It’s like watching kids on a playground, and their spirit matches Lynch’s style to a T.

Point Blank might not be the kind of action picture that’s highly rewatchable, but it will certainly leave a lot of old school genre buffs with some warm feelings. After you’ve seen it once, you already know everything Point Blank has to offer, and it’s doubtful that you’d ever go out of your way to watch it a second time. It is, however, still the kind of movie that years later you might see pop up in your Netflix queue and throw on for the heck of it just before going to sleep. It’s comfort cinematic comfort food delivered with a bloody, twisted smile.

Point Blank is available to stream on Netflix starting on Friday, July 12, 2019.

Check out the trailer for Point Blank: