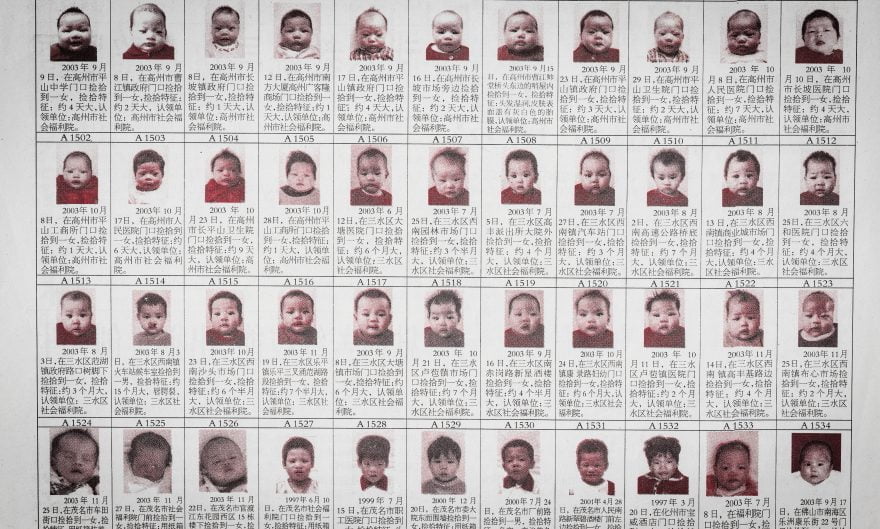 With only three feature documentaries to her credit thus far, Nanfu Wang has already established herself as one of the best nonfiction filmmakers of all time, and the wrenchingly personal and politically loaded One Child Nation is her finest and most important work yet. With the help of co-director Jialing Zhang, Wang examines one of the most controversial acts of population control in global history: China’s “one child per family” law, which lasted from 1979 until 2015, but the effects of the Communist backed legislation and the lengths to which it was enforced will be felt for decades to come, and in many respects will never go away. Balancing the personal and the political with great empathy and dexterity, One Child Nation is both a comprehensive primer on the damaging policy, and a chance to share previously unheard stories of loss, grief, frustration, and remorse that bring everything into a sharper, sobering global context.

When the “one child” law was passed, China was going through an unprecedented population boom that government officials (and many external observers around the world) believed to be unsustainable. The law was put into effect and practice – bolstered by an extensive, inescapable propaganda campaign – and enforced by local “family planning” officials, who would get rewarded or punished based on how well their territories adhered to the edict. Agrarian families in some rural locations were allowed to have a second child, provided that the siblings were born five years apart, but that was the only concession granted under the law. Families who didn’t fall in line with the government’s wishes were either the subject of great social ridicule or severely punished. The government was fighting what they described as a “population war.” One Child Nation, like most great war films, has the dead and survivors firmly in the front of its mind.

That’s the short description of the issues at the heart of One Child Nation, but Wang’s film is far more than an expose of an unjust system and deadly practices. Wang not only comes from a Chinese family that had more than one child and was subjected to a great deal of social embarrassment and shaming, but she has also become a mother in recent years. With one event sparking a desire to look at her past, One Child Nation is a personally driven film that never loses sight of its political aims. Wang isn’t only fighting for a desire that her own child live in a world better than the one she was raised in, or for a greater sense of understanding from Western and European audiences. She’s fighting for the memory of millions who died as a result of the population control measures and the survivors who have to live in the wake of the law. Wang has been provoked to a place of greater contemplation – as with her other, vastly different documentaries Hooligan Sparrow and I Am Another You – by a major life event or interaction, but while those films were exceptional, poignant, and sometimes harrowing bits of nonfiction storytelling, One Child Nation is something even greater: an indispensable history lesson that demands to be witnessed.

Wang and Zhang speak with various families (including the primary filmmaker’s own), village leaders, “family planning” professionals, and those who helped to create and spread propaganda on behalf of the “austerity measures.” Some maintain that the one child law was a necessary evil, but most speak with deep horror and regret for the harm they caused, most memorably a midwife who – by her own estimate – conducted between 50,000 and 60,000 sterilizations and abortions in thirty five years. Some abortions were condudted eight or nine months into pregnancy. Bodies would pile up in landfills with the rest of society’s garbage, with Wang and Zhang providing hard to stomach visual proof. Babies would be birthed and then abandoned; left to die on the side of the road. Some of these abandoned children would be picked up by human traffickers, who could profit by selling the newborns overseas. Government run orphanages would seize children from families, falsify paperwork, and literally sell the babies to foreign adopters. One Child Nation pulls no punches when it comes to examining these interlocking atrocities in stark detail, but after years of these people remaining silent, there are few other ways to make outsiders understand the depravity of such a law. Regardless of how viewers feel about topics like abortion and the surging global population, it’s impossible to condone any of the tactics Wang shines a light on in One Child Nation.

Another issue that Wang speaks brilliantly and personally on throughout One Child Nation is the inherent sexism at the heart of such a law. Most of the children who were aborted, killed, abandoned, or otherwise disappeared were female. In a parallel to Canadian filmmaker Rama Rau’s similarly themed, India-set documentary The Daughter Tree, which premiered earlier this year at Hot Docs (where Wang’s film also screened), One Child Nation profiles a culture where daughters aren’t valued nearly as much as sons. Similarly, pregnancy is often depicted in various bits of propaganda as being the “fault” of a woman, and never of the man, with most sterilization efforts aimed at females and never males. As a woman who could’ve easily fallen victim to such fates herself, there are few filmmakers better suited than Wang to make something as stomach-churning and purposefully righteous as One Child Nation.

One Child Nation is as complex, heartbreaking, and gripping as documentary filmmaking tends to get, made almost unbearably sad thanks to the director’s personal attachment to the subject. It’s the sort of powerful work that could never be made by an outsider, and something that benefits immeasurably from the passion brought to it by the filmmakers. As China has evolved and “changed” its policies and new forms of family planning propaganda have taken root after the abolition of the law, One Child Nation also serves as a warning that not everything has progressed for the better, or in some cases, at all. With her latest, Wang has created an immutable living legacy and memorial for the dead; a work of such power, grace, and fire that it can’t be extinguished, forgotten, or changed. It’s not just one of the finest documentaries of the year. One Child Nation is one of the best documentaries ever made; a motion picture so strong that it might as well be made of marble.

Check out the trailer for One Child Nation: