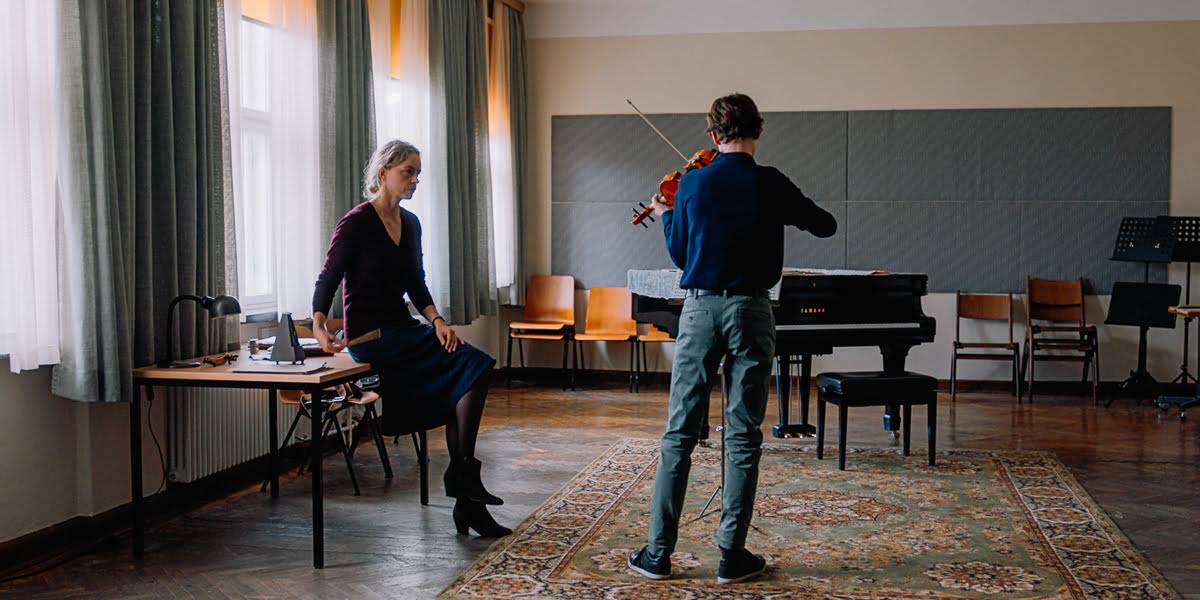 German actress Nina Hoss (who also headlines Pelican Blood at this year’s festival) stars in director and co-writer Ina Weisse’s sufficiently dramatic The Audition as a violin instructor at a posh academy, whose desire to turn a green, but promising young student (Ilja Monti) into a superstar is damaging her personal and professional relationships.

The Audition has a story that’s bound to draw comparisons to Damien Chazelle’s breakthrough film Whiplash, but Weisse’s approach is decidedly less showy and melodramatic. Told from the perspective of the mentor who demands perfection at any cost, The Audition is a slow burn where the teacher unravels just as much as the student does. Frustrated that her own son (Serafin Mishier) would rather spend time with his instrument making father (Simon Abkarian) than learning the violin, the teacher invests all her time and energy into a student that her peers repeatedly insist can’t handle the pressures of studying at a top level music conservatory.

Hoss is a perfect fit for Weisse’s slow burn approach, and the film’s success heavily relies on its leading performance. Initially, it’s hard to see where The Audition might be headed, with Hoss taking the lead as someone who seems like a chore to be around, with all of the character’s interactions with her family and co-workers seeming realistically awkward and tense. In addition to examining the toll faced by those who strive foolishly in pursuit of absolute perfection, The Audition is a film that looks at how perceived failures mold Type-A personalities in sometimes damaging ways.

It’s all rather slight and low stakes throughout the first half, but as Hoss’ performance becomes more unhinged, it’s clear that Weisse had a plan in mind for the film’s well reasoned and strongly plotted trajectory from the outset. It’s worth sticking with this one.