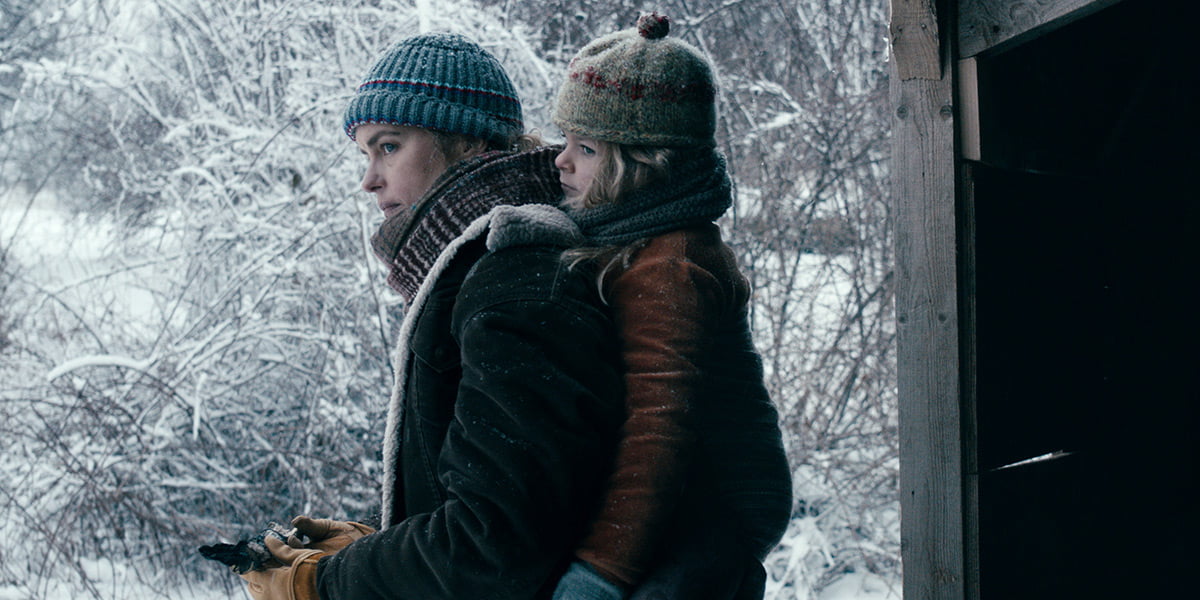 The German domestic thriller Pelican Blood starts off by employing a more psychologically based approach to a Bad Seed story of a child with violent impulses, but quickly devolves into monotony and cliches, despite the best efforts of all involved.

Single mother and police horse trainer Wiebke Landau (Nina Hoss, who also appears at this year’s festival in The Audition) wants to expand her family. Thanks to a German law stating that single, working women can’t adopt, Wiebke has to go to Bulgaria where she’s introduced to Raya (Katerina Lipovska), a precocious looking tyke who might make a good sister for older daughter, Nicolina (Adelia-Constance Ocleppo). Once they get Raya home, the youngster starts violently lashing out; breaking things, biting people, bullying and torturing other kids at preschool, insisting everything isn’t her fault, and screaming out threats whenever she doesn’t get her way. Initially, Wiebke thinks she’s been had and expresses a small bit of “buyer’s remorse,” but she insists – despite what psychologists might think – that a mother’s love and attention can break Raya of a diagnosed disorder that leaves the child without a shred of empathy for others. Wiebke persists, but Raya’s presence poses a danger to the increasingly scared and angered Nicolina.

Writer-director Katrin Gebbe (Nothing Bad Can Happen) initially shows a desire to tell Pelican Blood from a real world point of view rather than a sensational one, but that’s quickly abandoned in favour of a seemingly endless series of sequences where Raya’s behaviour grows increasingly abhorrent and inexcusable. There’s a nifty parallel between Wiebke’s profession and her approach to child rearing, but that only takes Pelican Blood so far. Overlong by at least thirty minutes (including an underbaked romantic subplot for Hoss) and building to a climax that takes a hard left turn into modern horror territory, Pelican Blood fails to satisfy as a drama or as a chiller. Hoss, Lipovska, and Ocleppo are all exceptional, and Gebbe’s visuals are rather striking, but Pelican Blood leaves one cold in all the wrong ways.