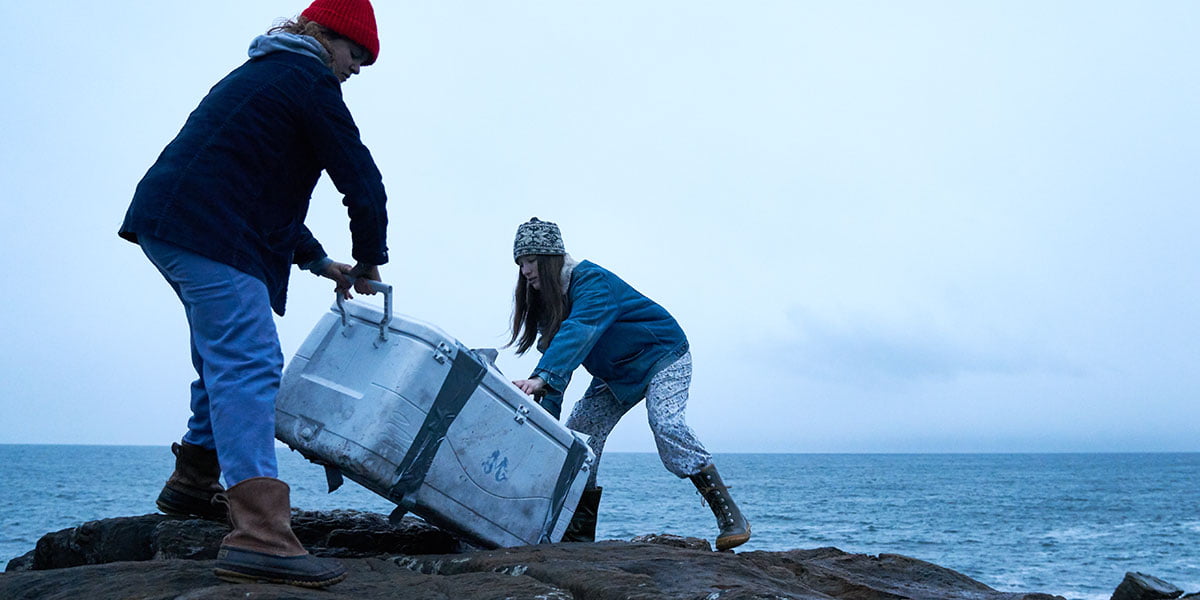 Bridget Savage Cole and Danielle Krudy’s coastal and crusty noir Blow the Man Down isn’t just a strong feature debut for the filmmaking tandem, but also a wildly entertaining cult classic in the making. Playing a bit like a take on the Coens’ Fargo with even stranger and stronger characters in an equally unusual world, Blow the Man Down might not redefine darkly comedic mysteries or twisty thrillers, but it’s one heck of a funny, and sometimes frightening ride.

Sisters Mary Beth (Morgan Saylor) and Priscilla Connolly (Sophie Lowe) are still reeling from the death of their mother, a beloved fishmonger and community leader in the small, coastal town of Easter Cove, Maine. Not long after the funeral, wild child Mary Beth has a run in with a townie who might be a murderer. There’s a struggle, and Mary Beth kills the man. She begs the straightlaced Priscilla to help dispose of the body, but it turns out that the man has strong ties to the cutthroat owner and operator of the local brothel (Margo Martindale), who has been embroiled in a years long battle with a trio of old ladies (Annette O’Toole, June Squibb, Marceline Hugot) who want the den of sin run out of town. Or do they? And more importantly, how do the sisters stay one step ahead of the kind hearted cop (Will Brittain) who seems determined to crack the case and win the affections of Mary Beth?

Blow the Man Down packs a lot into a perfectly constructed ninety minute plot, including missing bags of cash, family secrets, and a prostitute torn between her employer, her friends, and her community (played by Gayle Rankin, who also has a memorable turn in The Climb at the festival this year). It’s all pretty standard noir trappings, but writer-directors Cole and Krudy bring a lot of energy and innovation to the proceedings, and the chilly east coast vibe of Blow the Man Down (complete with a Greek chorus of sailors singing sea shanties) is intoxicating and entrancing. Saylor and Lowe are perfectly likable and strong leads, but the film’s most memorable performance belongs to Martindale, who revels in the chance to play a villain for once. (OR IS SHE?!?) There’s also something really refreshing and satisfying about a mystery that’s driven primarily by younger and older women, set in a world where most of the men are laughably incompetent or ineffective boobs.

There’s so much to like about Blow the Man Down that I crack a smile just thinking about it, and I can’t wait to watch it again. Don’t sleep on this one. In the “pahr-lance” of a lot of the film’s main characters, it’s wicked fuckin’ good.