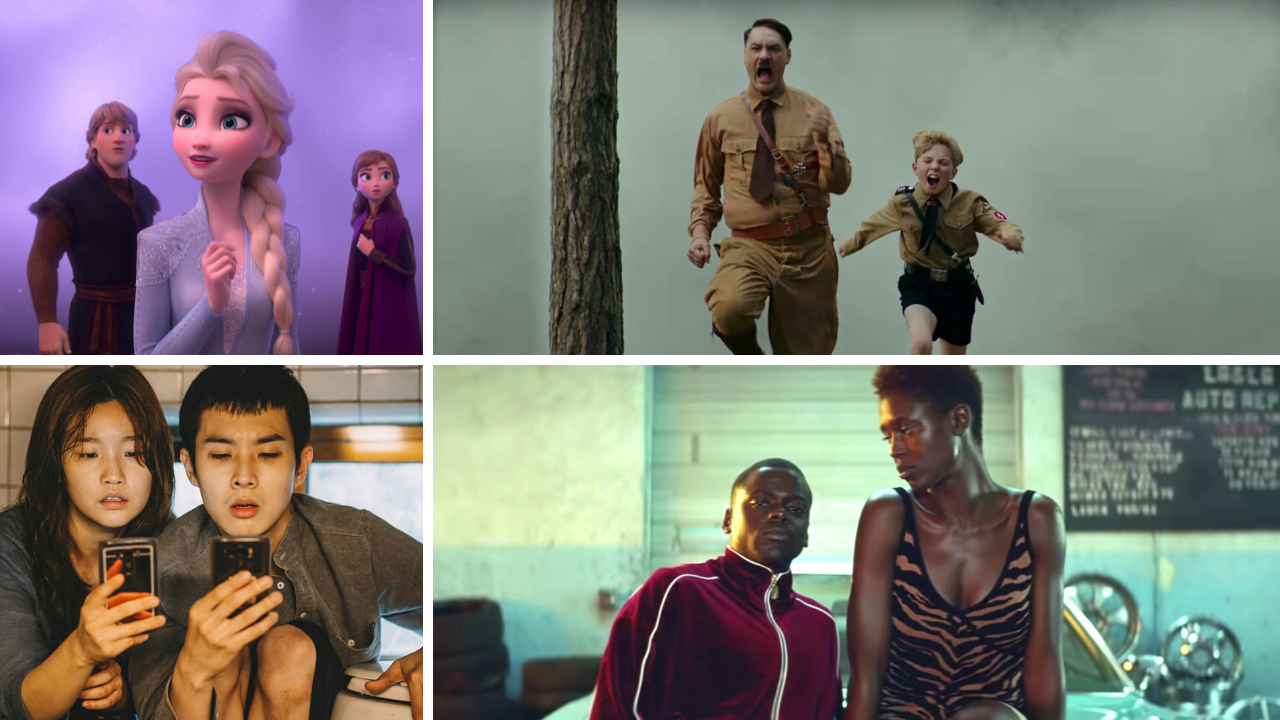 Watch some of the latest and greatest new films, out on Blu-ray right now. February has a lot of new Blu-ray arrivals, and that includes Oscar and award-worthy films, from Disney’s Frozen 2, and Taika Waititi’s Jojo Rabbit, to Best Picture winner Parasite, Queen & Slim, and more.

Elsa, Anna, Kristoff, Sven, and Olaf are back for another adventure, this time, trying to solve a mystery that is threatening the kingdom of Arendelle.

Everything in the kingdom is happy and sunny, but Elsa has been hearing a siren call that is pulling her away from Arendelle towards a story that goes back to her parents, and the root of her own magic.

The story in Frozen 2 is not quite as “fairy tale”, I would say, as the original film, but the animation is striking, and the characters have all matured for their audience.

While I like the music a lot, it’s much more Broadway-themed this time, and it’s frankly hard to compare to the first soundtrack except to say it’s different, and adults are just as likely to sing along with “Lost In The Woods” or “Show Yourself”, but “Into The Unknown” is definitely the big number.

The Blu-ray has a lot of features, including bloopers, and deleted scenes and music. The best part of these features is co-directors Jennifer Lee and Chris Buck introducing the deleted songs, what they meant, and why they were cut.

Taika Waititi’s Jojo Rabbit sets a tone early on that you could easily mistake for a big-screen College Humor sketch, and that’s probably the worst thing I can say about the film. However, it’s incredibly polarizing, to say the least. This is a love or hate film for most people.

It takes 20 minutes to get to the real story, after the film takes the piss out of the Nazi BS you might expect, like using a German version of “I Want To Hold Your Hand” over screaming Hitler fans. Once it gets into that core story though, the film is charming, mostly serious, and oddly genuine.

Waititi is frankly cute as Hitler, and not much more, but he’s a great writer and director, and the serious parts of Jojo Rabbit show that off perfectly.

Director Melina Matsoukas’ Queen & Slim is a bold, emotional, powerful film starring Daniel Kaluuya and Jodie Turner-Smith in a story that is ripped from the news.

Turner-Smith and Kaluuya star as the titular Queen and Slim, two black people, out on a date, who end up running from the police when Slim shoots a white police officer in self defence.

The story is an honest, hyper-stylized look at the state of legal systems that are so troubled, the innocent are often killed or sent to prison because of prejudices, dishonest officers, and rampant racism.

Paired with an exceptional soundtrack, the film is intensely charismatic, like its two leads, and the story is going to stick with you long after you watch it.

If you haven’t heard of Parasite yet, you’ve been missing out. The multiple Academy Award-winning South Korean film from writer and director Bong Joon-ho is an exceptionally dark comedy-meets-thriller that is hard to sum up.

On the surface, it’s about the poor but clever Kim Family as they try to make a life for themselves working for the Park Family, but below the surface, Parasite is about classes, culture, and capitalism.

The film is equal parts scary, funny, thrilling, and it will leave you tense from start to finish as you wait for one of the best final acts of the last several years.

Plus, check out A Beautiful Day in the Neighbourhood and Knives Out, two films that deserved a lot more recognition during awards-season.

A Beautiful Day in the Neighbourhood has a beautiful story, with a unique perspective on the life of Mr. Rogers, with Tom Hanks as the icon himself.

Knives Out is a jaw-droppingly great whodunit from one of the best directors working today, Rian Johnson. The thriller stars Daniel Craig, Chris Evans, Ana de Armas, and Jamie Lee Curtis, to name just a few of the stars involved.

Coming up on Blu-ray in March: