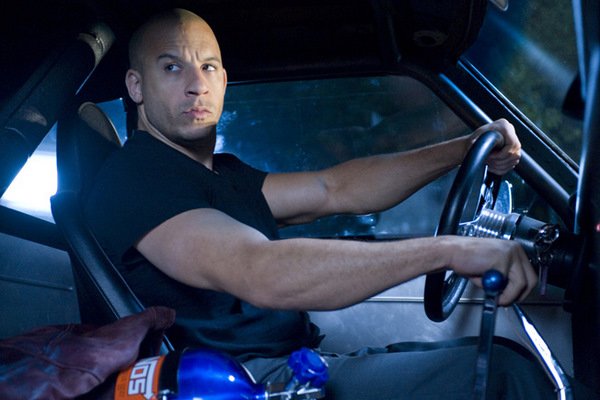 The action returns to the street this week as Vin Diesel and Paul Walker reprise their roles for Fast & Furious. Also opening, the comedy Adventureland follows a young college grad working at an amusement park for the summer; plus Amy Adams and Emily Blunt star in the dramedy, Sunshine Cleaning.

Stepping back into the fold of this action franchise, Diesel stars once more as ex-con Dominic Toretto, with original co-star Paul Walker as agent Brian O’Conner. This time out though, the duo are forced into a pact to work together in a move to take out a shared enemy. Of course, that means getting behind the wheel one more time.

Calling this a sequel might be a little misleading though. The truth is, if we open up our dictionaries, Fast & Furious is actually what you would call an “interquel,” set in between the second and third films. A meaningless fact that only clarifies how convoluted the series has gotten to pump out yet another film.

Directed by Justin Lin, the filmmaker responsible for making the poorly-rated, box office hit, Tokyo Drift, it seems impossible to hope for much more than the usual this time out. Once again, that means big stunts, and great visuals, with a lame story, and no common sense.

As Alonso Duralde wrote for MSNBC, “We get stuck watching Vin Diesel and Paul Walker squint and say words in a weak approximation of acting, wasting precious time that could be spent enjoying street racers zipping through crowded thoroughfares and jumping over obstacles.”

Adventureland
Pardon my enthusiasm, but even in my thirties I still have a soft spot for funny teen comedies. The truly hilarious ones are pretty uncommon, mind you, but look no further than director Greg Mottola’s Superbad for a great example of a teen comedy with laughs, and heart.

When no one will hire him though, James ends up working at an amusement park, populated by a range of weirdoes and losers. On the bright side, James might just have a shot at the sweet Em, played Kristen Stewart, as he works for next to nothing, and tries to keep the hecklers at bay.

Co-starring Ryan Reynolds, Kristen Wiig, Bill Hader, and Martin Starr, Adventureland looks like a lot of fun, and has a strong collection of reviews stacking up in its favour.

“Adventureland, is a total delight,” wrote Andrew O’Hehir of Salon.com, “with a winsome and terrifically textured cast who seem both like young-adult archetypes and recognizable human beings.”

Sunshine Cleaning
The Sundance Film Festival has a reputation for highlighting clever, witty films, that tend to lean towards a dramatic independent style. A couple of great examples would have to be The Squid and the Whale, the documentary Super Size Me, and American Splendor.

With that in mind, Sunshine Cleaning is an interesting new release that debuted at Sundance last year, and stars the wonderful Amy Adams and Emily Blunt as two sisters trying to expand their cleaning business.

In this witty dramedy, Adams plays a single mother who runs a household cleaning business, but starts working with her sister when the man she’s sleeping with suggests she try her hand at crime-scene cleaning. While the grim task tests their patience, and their resolve, the sisters also have to come to terms with sad memories brought to mind by their line of work.

Reviewers have generally praised the film, although many note a few issues with the story and mood.

Connie Ogle of the Miami Herald wrote, “Its overall ability to balance humor and drama, attention to emotional detail and a few winning performances outweighs its maudlin tendencies.”

While Peter Howell of the Toronto Star wrote, “Adams and Blunt rise above the clunky premise and execution to once again demonstrate why they’ve become the go-to girls for any director seeking smart, versatile and warm-blooded talent.”